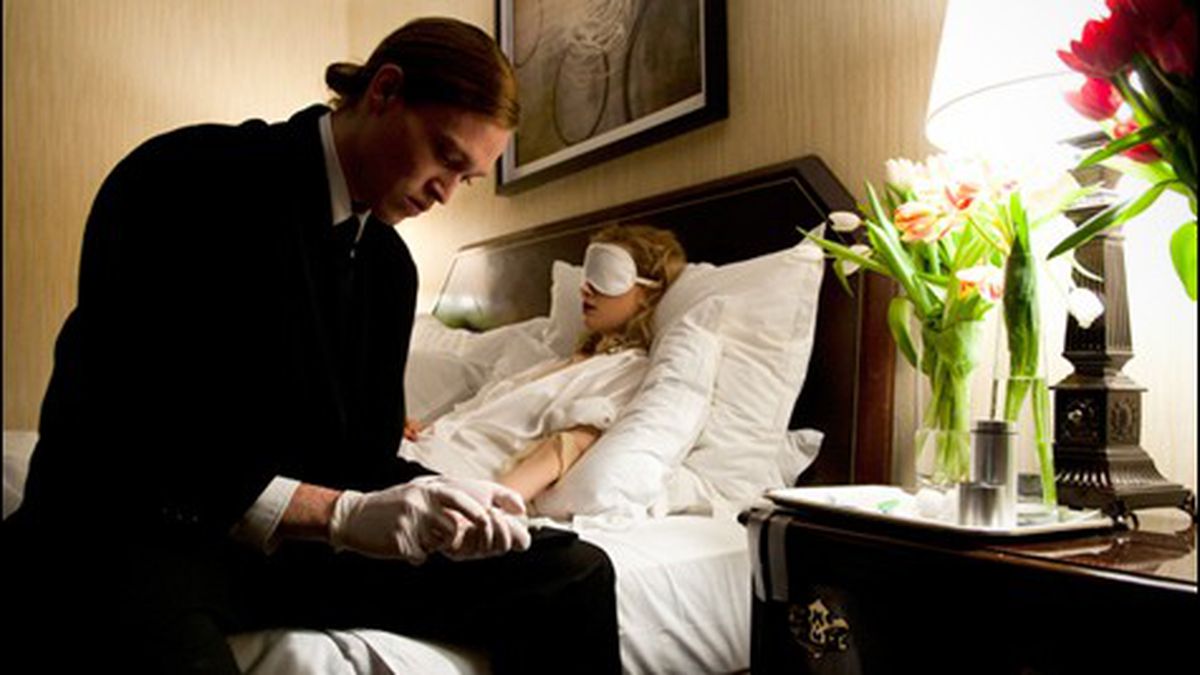 SF IndieFest, now a robust and irreverent fifteen years old, has always been the shoot-from-the-hip film festival of the Bay Area. Let other events publicly agonize about their image and jockey for commercial respectability — SF IndieFest plays it fast and loose, like the movies it champions. What other fest screens The Big Lebowski each and every year?

The festival’s East Bay component, playing February 8 through 14 at Landmark’s Shattuck Cinemas in Berkeley, features at least two don’t-miss entries. Brandon Cronenberg’s Antiviral borrows a leaf from the oeuvre of the filmmaker’s father, director David Cronenberg, with the tale of one Syd March (played by Caleb Landry Jones). In some unspecified future, Syd is employed at a clinic that capitalizes on pop fans’ obsessions with their favorite celebrities by selling live viruses taken from sick stars. Fans can inject the virus and zap! — instant connection. It’s a lucrative, cut-throat business and Syd gets in over his head.

“Intellectual property” is so old-fashioned. The Canadian writer-director’s screenplay gets right down to the cellular, with the all-important “Cronenberg touch.” Syd, an emaciated male-fashion-model type with pale freckled skin and red hair, steals a bug from an idol named Hannah Geist (Sarah Gadon) by infecting himself with it, leading to an unsavory situation with a butcher shop that supplies muscle-cell steaks. He also deals with pirate virus dealers and that old favorite, death. Syd is ill but he’s a hot commodity. This vicious satire is not for the squeamish.

Not much psychology here. Celeb-infatuation is presented as a given. Next time you hear about someone having a “sick” obsession with a movie or music star, you’ll remember Syd’s story. It’s sicker-than-thou. It’s also a very accomplished film, especially for a debut. But ice-cold, and provocative of troubling thoughts. Antiviral shows February 13.

Old-school culture mavens and contemporary pulp-lit fans will find much to cheer about in Iceberg Slim: Portrait of a Pimp, Jorge Hinojosa’s documentary profile of the late, legendary hustler-turned-writer. Slim, born Robert Beck, was a Chicago mack-daddy and ex-con who quit the life — more or less — to translate his hard-won philosophy into a fantastically successful series of books in the 1970s.

Pimp, Trick Baby, Mama Black Widow, and Slim’s other works stand as monuments in the real-life division of African-American literature, and inspired fans like Snoop Dogg and Quincy Jones, two of many talking heads in Hinojosa’s vibrant, well researched doc. It plays February 12 at the Shattuck. For more info and a complete schedule, visit SFIndie.com. &#8;

Up and Down With OAK