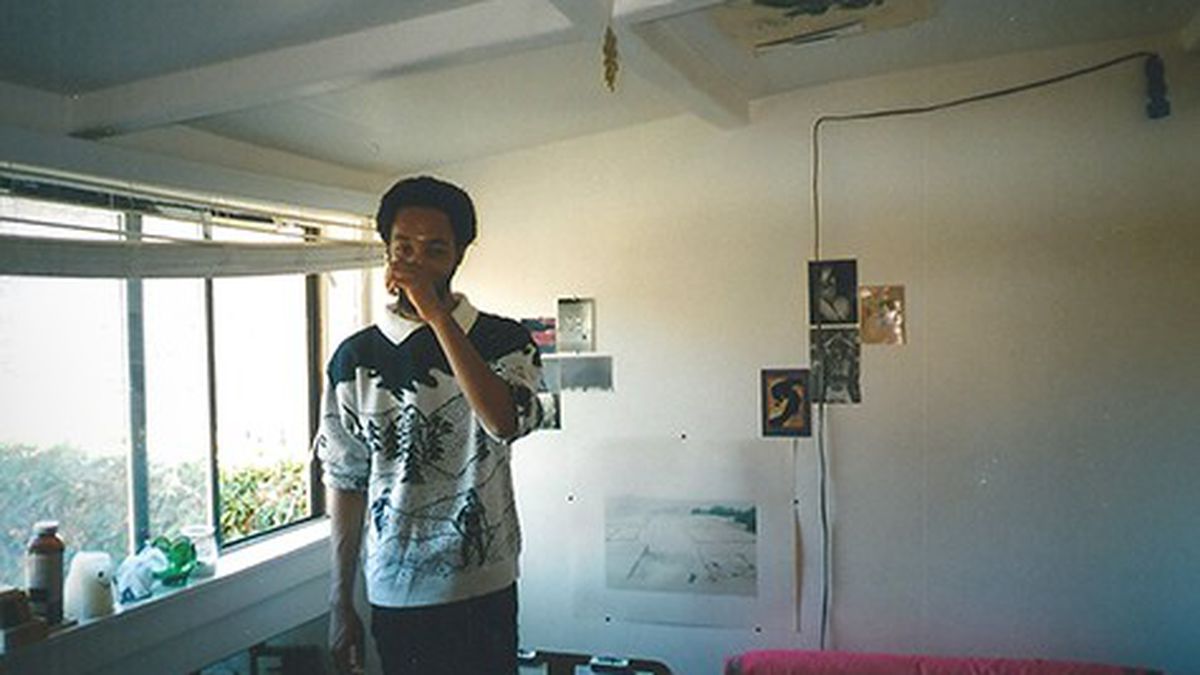 The Vallejo artist scoured derelict corners of the internet for the earliest iterations of footwork, then the archival endeavor trotted into his solo output as an electronic artist.

Over time, a strain of sample-based hip-hop emerged to accompany the motions of Chicago’s footwork dancers. It caught on, widely, to the extent that the late DJ Rashad and elders of his Teklife crew, such as DJ Spinn, have robust artistic reputations around the world. And in a narrative turn that feels particularly native to the digital age, a teenager from Vallejo named Devante Tillis started scouring derelict corners of the internet for footwork’s earliest iterations and packaging them as free, downloadable compilations called CRACK.

Tillis is now a 21-year-old archivist and producer who goes by Sela Oner. Last Friday, he sat in a modest backstage nook at Oakland’s Studio Grand — where he runs the instrumental hip-hop monthly Very Clean — and fiddled with a big Dell laptop. In a deep, low voice, Sela described early footwork as distinct from its better-known antecedents, both in technical terms of beats-per-minute and in the less quantifiable metrics of authenticity.

The CRACK series, which concluded with a third installment earlier this year, is a work of “presentation more than preservation,” he said. “I wanted to highlight the first and second generations of footwork. The stuff that’s gotten a lot more attention in the past four or five years is more trap-influenced, with high-hats all over everything. … The new stuff is soulless. It’s empty. If there’s one word for it, it’s mechanical.”

Sela, who’s never been to Chicago, discovered footwork online. “[The early] period of that music … is futuristic in innumerable ways,” he said. It struck him as innovative, yet created on the most basic computer software and resonated as a decidedly non-nostalgic signpost for electronic music to come, Sela explained.

Sela found MySpace and Imeem pages belonging to participants in the Chicago scene, then carefully ripped tracks from the clunky old social media platforms. He’d scan a DJ’s friend list and repeat, eventually gleaning a sense of the scene’s key players from afar. Sometimes he reached out, but the higher-profile artists weren’t likely to respond, while many others were just moonlighting teenagers whose web presence had since vanished.

The CRACK installments were downloaded thousands of times, never getting the same attention as some officially sanctioned footwork compilations but proving indispensable for the style’s most observant fans. Many of the nearly two-hundred tracks, which weren’t necessarily intended for life outside of a dance battle, feel like sketches or exercises, fragmenting a sole sample into a few parts that skitter across a span of three or four minutes with brittle bits of added percussion. Listening to the voluminous series feels weirdly enchanting, as the melodic snippets and sampled phrases take on poetic permutations under the pressure of repetition.

Sela acknowledged that the CRACK compilations must’ve brought his solo work some attention but, more interestingly, the archival process impacted his development as a producer. His music — self-released at an impressive clip online and beginning to find its way onto reputable record labels — skews gossamer and light, bearing impressions of footwork without sounding like homage or else indulging beat-free, ambient excursions.

This year, there was inevitable, a metal tin containing various prints and three CDs featuring hours of aqueous ambiance; PLASTIC, a stamped CD featuring skittish and spare samples atop fickle beats; and first, a six-song twelve-inch released by Error Broadcast that treats footwork like a spiritual guide but thrives as a confident electronic statement. “I feel like my shit’s been above the level of just beats since mid 2013,” Sela said. “A lot of people fucked with me really tough but didn’t really put me on.”

The release of first, however, appeared to change that. Perhaps in part because of its label backing and sturdier vinyl format lending Sela a new sense of legitimacy, opportunities emerged, not the least of which was interest from Nosaj Thing. The electronic artist, whose production credit appears on titles by Kendrick Lamar and Chance the Rapper, tapped Sela for the re-launch of Timetable Records. The week before we met, Sela submitted a track intended for an upcoming Timetable compilation introducing a new roster.

Backstage at Studio Grand, Sela assured me that “that thing is nine minutes long and out of pocket.” It’s tentatively called “Dare,” and it opens with a spectral voice, breaths, and a breezy keyboard line punctuated by percussion sounds that seem sourced from old video games. It’s at once soothing and totally unstable, dropping beats in favor of lush, pastoral passages or weaving R&B hooks and errant shouts into the sort of street chorus heard when every car window is down. But I didn’t know that until later, when Sela emailed me the track. “No, no,” he said, shaking his head and staring at his computer backstage. “Y’all know the detail level on my shit. Laptop speakers aren’t the mood.”