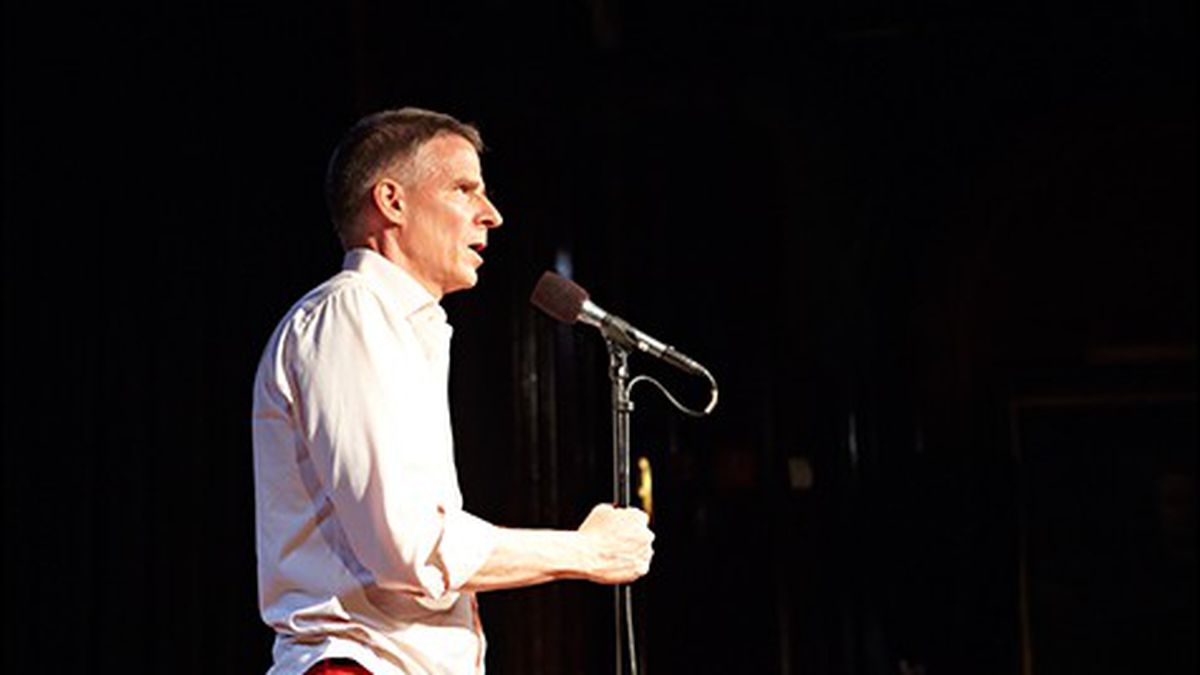 The Bay Area Science Festival collaborates with radio program The Moth to bring out the social side of scientists.

When people picture scientists doing their work, the image that often comes to mind is a lone biologist sitting at a microscope having a eureka moment, said Kishore Hari, the director of the Bay Area Science Festival. But contrary to popular perception, science is actually a very social field, Hari continued — a fact he aims to illustrate during the festival’s collaboration with the storytelling series The Moth.

Hari began his career as a chemist in the private sector, but it was “talking about science over beers with my friends that made me feel alive intellectually,” he said. “I wanted to bring that conversational aspect of science to as many people as possible.” So he took on the role of directing the festival in 2011, a public education initiative composed of lectures, workshops, and exhibitions. Now in its third year, the event includes 56 activities serving more than 75,000 people over 10 days.

To ensure that participants were engaged in the festival, Hari did what any responsible scientist would — collect data. The feedback showed that attendees wanted to get to know speakers more informally, so Hari, a self-described NPR nerd, reached out to The Moth to co-produce an event in which scientists could share how they feel about their work, instead of focusing on what they do in the lab.

A nonprofit organization and radio program dedicated to the art of telling stories, The Moth also hosts various events across the country, but this will be the first show in the East Bay. The event will be one of The Moth‘s “Mainstage” productions in which “celebrity” storytellers prepare narratives in advance, but according to The Moth‘s producing director, Sarah Austin Jenness, the featured speakers will include a mix of scientists and everyday people, and the stories will all be told in a casual way. “It’s like you’re telling your best friend a story over a glass of wine in your kitchen,” she said. “Except your best friend is over 2,000 people in a theater.”

Happening at Zellerbach Hall (near Bancroft Way below Telegraph Avenue, UC Berkeley) on Monday, October 28, the show will focus on the theme “The Big Bang” and will feature MythBusters co-host Adam Savage, neuroscientist Christof Koch, actor and writer Annie Korzen, and congressional aide and theater artistic director Gil D. Reyes. For ten minutes, each speaker will share a true, personal tale relating to discovery, creation, and chaos. Koch, for example, plans to recount his reaction when a fellow scientist who was an atheist challenged his religious beliefs.

Hari recognizes that this level of vulnerability is new terrain for scientists. “The challenge is that you spend four years doing your undergrad, and seven or eight years doing your Ph.D, and at no point in your career has anyone put any value on you injecting your own personal story,” he said. “We’re sort of flipping the script.” But having seen the negative consequences of the public’s failure to understand issues like climate change, Hari believes it is critical for scientists to learn how to communicate in more creative ways than just publishing papers. Once you can relate to someone as a person, he said, “you’re much more willing to take any information they present to you and listen more deeply.”