We consult cook and writer Samin Nosrat for her tips on buying summer produce in a drought. 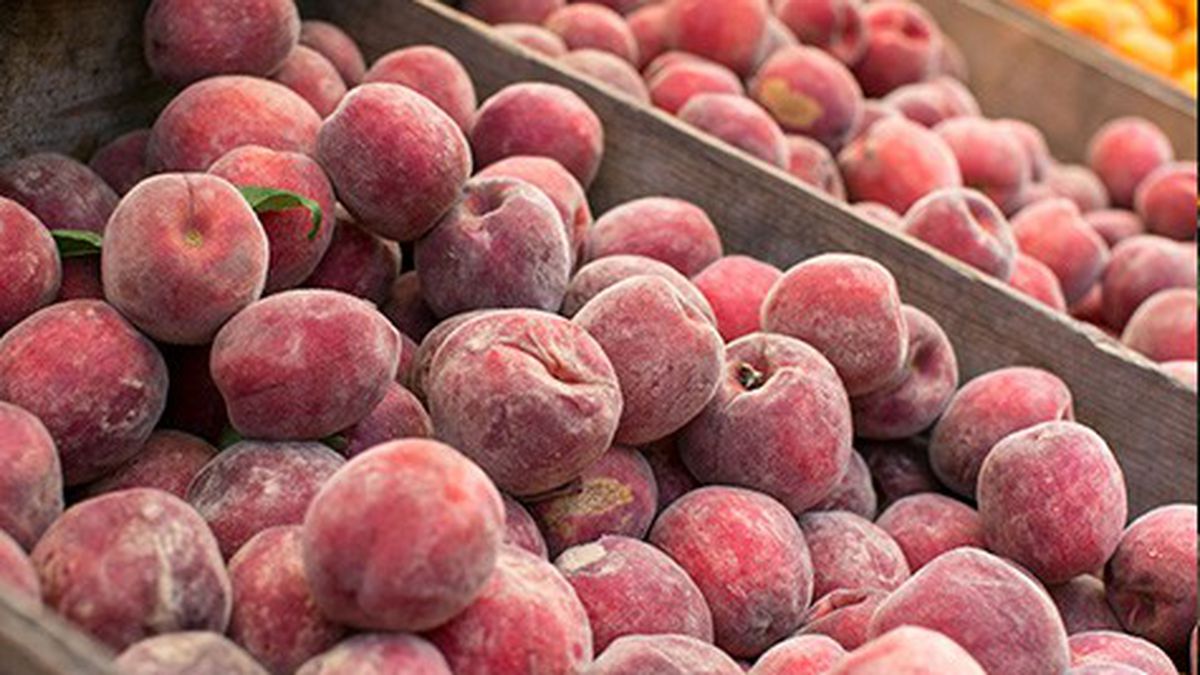 Are you going to talk about the drought?” That’s the first thing Samin Nosrat — a former cook at Chez Panisse and Eccolo who is now working on her first book — asked when I called her up to talk about her favorite summer produce. For Nosrat, who learned to cook under Alice Waters and cites the relationships she had with farmers as “one of the best parts of being in restaurants,” food and its impact on the environment are inextricable.

Nosrat looks forward to Blenheim Apricots from Sunny Slope Orchard (it sells to Chez Panisse and Ici). But this year, when she called asking when the apricots would be ready, she found that Sunny Slope had trimmed all its trees due to the drought. “That was a drastic moment for me,” said Nosrat. “What appears to be affected most is stone fruit — last year there were no cherries.” Nosrat recalls how, five or six years ago, Carl Rosato of Woodleaf Farm lost his entire crop of stone fruit due to late flowering. That’s when he started growing the Japanese cucumbers that Nosrat said she eats “every day they’re available.”

Luckily, crops like dry-farmed tomatoes aren’t being affected by the drought. In fact, Nosrat predicts that the lack of rain will mean more flavorful, less watery Dirty Girl tomatoes, one of her favorite varieties. Not only are Dirty Girls full of flavor, but they also undermine the practices of Big Ag, because small farmers who grow them instead of Monsanto’s Early Girl tomatoes can avoid having to buy seeds each year from the industry giant.

For Nosrat, who frequents Berkeley’s Tuesday Farmers’ Market, summer starts when basil becomes available. She loves the tiny piccolo basil from Annabelle Lenderink of La Tercera, but she said what really gets her excited are Lenderink’s “beautiful bouquets of flowering green coriander.” Her idea of the perfect summer meal? “[T]omatoes dressed with pounded green coriander and feta cheese. I would eat that every day and have a heart attack of deliciousness,” she said. She also loves nectarines; she’s counting down the weeks for the arrival of July Red nectarines from Blossom Bluff Orchards, which ironically, usually aren’t ready until August. “I run up the Blossom Bluff farm stand asking, ‘Do you have July Reds?!'” said Nosrat, laughing.

Here are her tips for making the best of summer’s abundance.

Eat ugly. Nosrat predicts that Guru Ramdas Orchards will have the best stone fruit this summer. Farmer Didar Singh Khalsa, she said, is “the posterboy for ugly but good — brutti ma buoni in Italian.” So while Khalsa’s peaches might not always look perfect, they taste amazing: “I always get seconds. I don’t care — just cut off the brown part,” said Nosrat.

Trust your nose: When it comes to selecting the best produce, Nosrat said that “if a fruit is smelling amazing, that’s a good sign.”

Take care of your fruit. Once you bring your perfect produce home, don’t forget about it. “Please do not store your stone fruit or tomatoes in the fridge!” Nosrat begged. “After you bring your stone fruit home and put it in your pretty bowl, if you don’t pay attention to it, the sugar will go to the bottom. That’s how you get brown spots. If you really want to take care of that $4-a-pound fruit, you should rotate the fruit on your counter.”

Don’t go crazy canning: “After many years of telling myself I wasn’t good enough, and causing myself emotional stress trying to can tomatoes like a good farm wife, I found the perfect method.” Nosrat buys 20 pounds of Dirty Girl tomatoes (seconds of course) at “the peak of the season,” cuts the tops off, and roasts them with basil and olive oil, before freezing. “Now I just take a frozen tomato out and add it to a braise, or make tomato sauce. I never buy canned tomatoes.” To get the most of your frozen produce, Nosrat recommends freezing on a cookie sheet, before bagging. “If you put them straight in the freezer bag, they’ll all clump together,” said Nosrat, who buys a $10 bag of Triple Delight blueberries and uses them in smoothies and pie.

Salad, salad, salad: “Nectarines go great in a salad, with mint and olive oil,” said Nosrat, who added that she likes “salad in as many meals as possible.” Turning your farmers market finds into salads also means you won’t have to turn on the oven during the heat.

Although she may be counting the weeks until July Red nectarines and green coriander, Nosrat is more excited by the sheer abundance of whatever she’ll find at the farmers’ market: “For me its not about the specific ingredients, it’s about having as many different flavors as possible together in one dish. The great thing about summer is that you have all this delicious, different produce at once.”