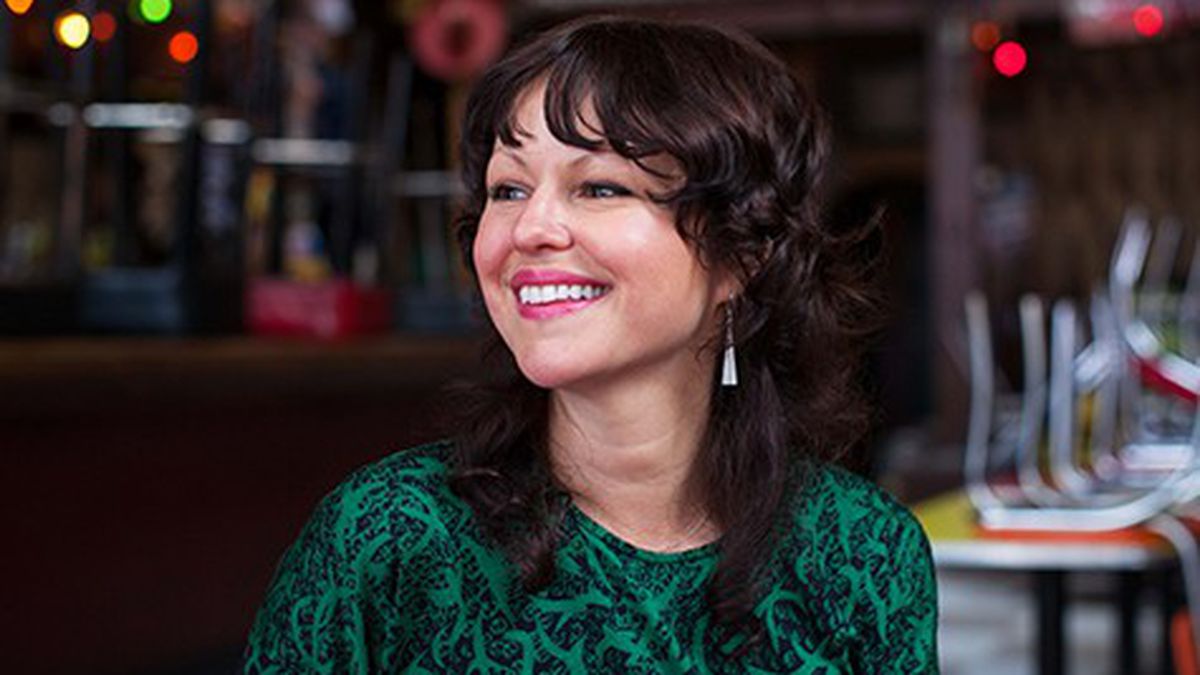 In a Mission District cafe on a recent afternoon, Nelson reflected on the flurry of activity surrounding her debut album’s release. That evening, she’d rehearse with her band, a different lineup than the one featured on Fast Moving Clouds, and soon after, she’d depart for a SXSW tour. Burger Records is releasing the album on vinyl, rather than only on cassette like the bulk of the label’s titles, imbuing Nelson’s profile with added twinkle.

The radiance of her songs helps, too. Throughout the week prior to our meeting, bloggers were chirping about “Paying,” the album’s first single. Writers drew comparisons to the detached balladry of Mazzy Star and Red House Painters. And about the lyrics, written from the perspective of a bartender who’s presumably cutting off an ex-lover’s bottomless glass privilege, Nelson was surprised that listeners perceived spite.

“I didn’t mean it to be so mean,” she said. Rather, Nelson continued, “It’s about the theme of being trapped, being somewhere you can’t leave and where other people get to come in and have your time. It’s unequal, and sometimes it’s like, ‘You have to pay.'” The drink, in other words, is her energy and attention that thoughtless individuals take for granted.

Nelson tends bar at the Make-Out Room, a throwback Mission dive with chintzy streamers and regular all-vinyl dance parties. She said that the image of a counter or table, which crops up repeatedly on the album, literally relates to her job, but broadly, it stands in for the emotional bargaining and power plays evident in romance.

“With people who work in a situation that appears to be social but sort of isn’t, there’s this perception that you’re just hanging out and everybody’s at the party, but, no,” she said. “I’m not at the party; I’m working. You go home — I change kegs.”

Nelson, 38, grew up in the area, left, and returned to settle in San Francisco in 2007. Prairiedog, her longtime roots rock band, broke up in 2013. It was an inevitable parting of ways, she explained. The band’s identity, by then calcified after so many years, seemed ill-suited to her newer material.

“I might have been playing something that wasn’t at all rootsy or country and people saw it through that lens anyways,” she said. “So I wanted to remove those expectations.”

In 2013, she took the cache of songs that would become Fast Moving Clouds into the newly built home studio of Kelley Stoltz, the local pop savant who’s quietly recorded scrappy, standout albums in recent years by local bands such as the Mantles and Life Stinks. Stoltz, Nelson, and Rusty Miller, a close collaborator and carry-over from Prairiedog, spontaneously decided to see if Garrett Godard, drummer for King Tuff and many of the area’s noted garage acts, would lend his skills.

“We were just working on basics and went, ‘Let’s call Gary for this part,” Nelson said. “He came in ten minutes later and ended up playing on almost the whole record.” Casually, she added that Mike Shoun, longtime drummer in Thee Oh Sees before John Dwyer migrated south, is in the touring band. And Mikey Young, a member of several revered Australian rock bands, mixed and mastered Fast Moving Clouds.

“Start Somewhere,” the album opener that illustrates Nelson’s skill for balancing tension and reward with just a couple parts, showcases the esteemed ringers. It feigns conclusion, then lifts off, arpeggiated keyboard melody tangling with elliptical guitar leads for a gorgeous, ascendant instrumental outro. How did Nelson wrangle such adept players? Simple: “Almost everyone on the record I know from the bar.”