The fate of medical cannabis in San Leandro will not rest at the ballot box after all, but patients looking to medicate their ailments will, instead, be limited in their choice of dispensaries after the city council voted, 6-1, to allow the permitting for just a single dispensary in the city. If all goes as planned, San Leandro could have its first medical pot club late next year.

Going into Monday night’s meeting, it looked as if the council would approve an ordinance allowing up to two dispensaries. However, a last-minute city staff recommendation attempted to tie the proposed new dispensaries to a potential tax measure on the November 2014 ballot. The staff’s actions annoyed some councilmembers who felt their previous direction to staff was clear. 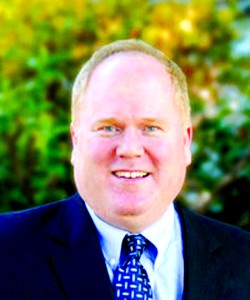 Ursula Reed said it was her understanding the council had already approved dispensaries, “I’m surprised we’re back at this spot again,” she said. Councilmembers Jim Prola and Pauline Cutter also disagreed with city staff’s late recommendation. “I think it’s disingenuous for us to go down two roads,” said Cutter.” Afterward, a few councilmembers said there were unaware how the ballot measure suggestion made it into the staff’s recommendation. Councilwoman Diana Souza was the lone vote against the new dispensary.

The approval of a single dispensary in the city came just a few years after the council nearly placed a strict prohibition on pot clubs. Mayor Stephen Cassidy, who is up for re-election next year, said the community is split over the issue of medical cannabis. “We need to walk before he run,” he said, as rationale for limiting the number of dispensaries to one. But he erroneously stated that Oakland has approved four dispensaries — or, one for every 100,000 residents — and doubted San Leandro, with a population of over 85,000, needed two dispensaries. In fact, Oakland has eight permitted dispensaries, which would have nearly matched San Leandro’s proportion of dispensaries to residents if the council had approved two clubs.

Oakland also reaps great tax benefits from its dispensaries. Although the ballot measure provision was stricken from the ordinance, a majority of the council voiced support for exploring the option in the future. According to City Attorney Richard Pio Roda, a tax measure would need just a simple majority of voters to pass if proceeds from the taxation of medical cannabis are designated to the general fund. In the meantime, the city has no estimates on the cost of application fees and business licenses for the single dispensary or which city department will oversee it.