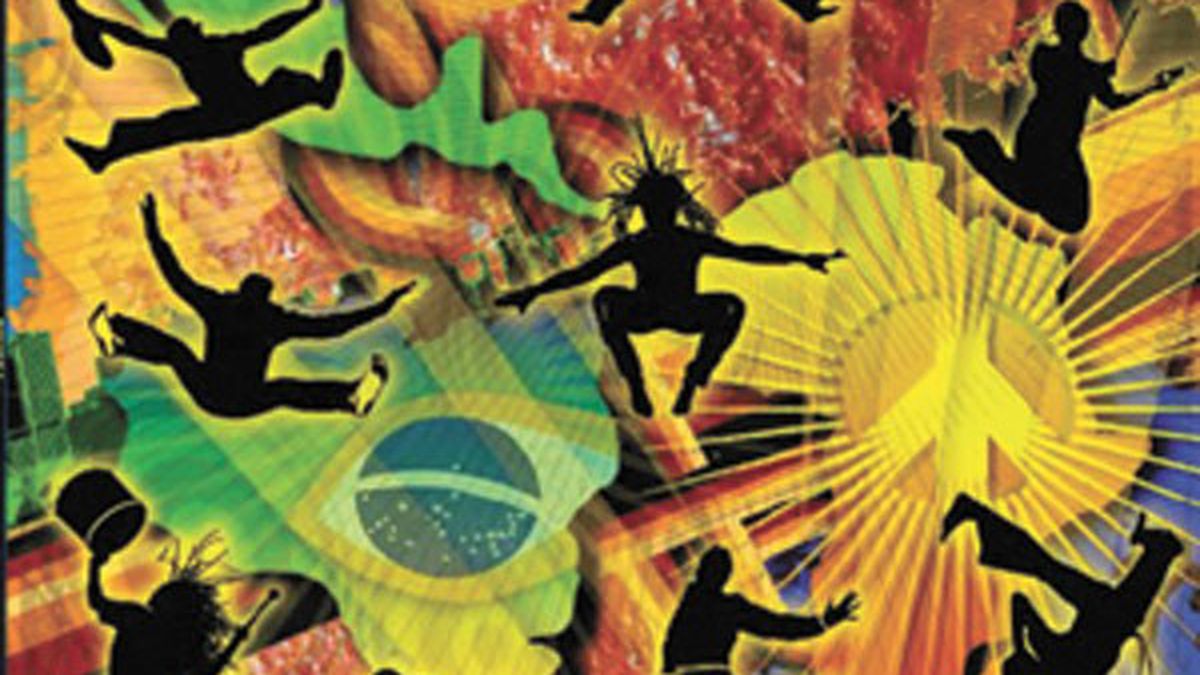 Most bands futilely search for a unique sound that will make them stand out from the hordes of musicians fighting for our attention. SambaDá hits pay dirt with “Iguana,” the first tune on the band’s third album. Lead guitarist Will Kahn rips into a Dick Dale-influenced surf-guitar barrage, then the band jumps into a galloping merengue rhythm with Anne Stafford’s blazing triple-tracked saxes generating plenty of heat. Dandha Da Hora’s punchy vocals and her call-and-response with the rest of the band keep up the energy as Kahn drops ska-like up beats on his guitar.

The combination is mind boggling, and if the album continued to mine this vein they might have come up with an underground blockbuster. As good as the rest of the album is, it doesn’t deliver the same heady rush and clash of styles as the opener. “Balançou” mixes samba, funk, and Cuban rhythms, as does “Rabo de Arraia,” which also adds some Afro-bloco drumming accents. “Meu Pai” has compelling group vocals and a rhythm that mixes soca and hip-hop, with Kahn’s sinuous Congolese guitar line and Kevin Dorn’s jazzy reggae bass adding more complexity to the tune.

SambaDá puts on a great live show, but the music here never lives up to the energy of the opening number. (Round Whirled Records)