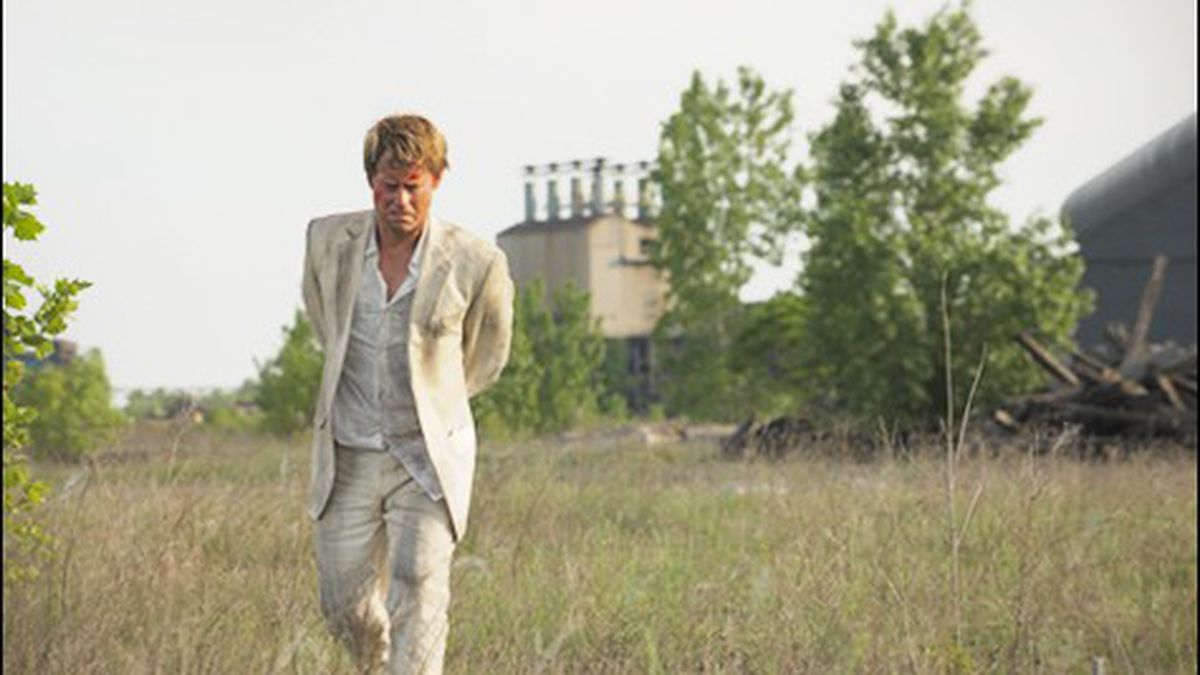 The Deadhead and the preacher.

Make a list of easy targets for a topical comedy. Deceitful religious fundamentalists would probably be up there at the top, just ahead of philandering politicians and greedy corporate execs. So Salvation Boulevard, a new satire about trouble in a small-town Christian religious community, has its work cut out for it before it even starts.

Luckily for director George Ratliff, even if everything else goes wrong his cast is solid gold: Pierce Brosnan as a transgressing preacher; Greg Kinnear as a reformed (or is he?) sinner; Jennifer Connelly as a true believer; Ciaran Hinds as the true believer’s tough father; Marisa Tomei as a ditzy campus cop; and Ed Harris as an atheistic college professor, the catalyst of the apocalypse. And then there’s the writerly pedigree — Salvation Boulevard is based on a novel by Larry Beinhart, whose book American Hero got made into Wag the Dog.

Kinnear may well be the nimblest, most natural comic character actor in Hollywood. His timing is perfect as Carl Vanderveer, a former Deadhead firmly installed under the skirts of his bible-thumping wife Gwen (Connelly). It was Gwen who evidently convinced newly clean and sober Carl to join the corporatized mega-church of Pastor Dan Day (Brosnan), where the family, including Gwen’s stern father Joe Hunt (Hinds) and Gwen and Carl’s teenage daughter Angie (Isabelle Fuhrman), gather regularly to shout hallelujah. Trouble is, weak-willed Carl never quite seems convinced. His eyes are constantly searching for an escape route.

Pastor Dan has plans to build a massive multi-use “Christian city on the hill” outside of town — the film was shot on location in Michigan — and father-in-law Joe wants his proposed Christian movie theater to be part of it. So when Dan has a public debate with Dr. Paul Blaylock (Harris), a university prof and author of books touting atheism, Carl tags along afterward for a friendly sitdown with the holy man and the non-believer. It’s his big chance to push his wife’s agenda.

Things happen. It’s almost impossible to synopsize any further without spoiling the plot, but Carl soon falls into the sort of predicament that always tests the character of poor schnooks in comedies like this. And Kinnear makes the most of it. So does the rest of the cast, especially Brosnan, every bit as transparently mechanical as his politico in The Ghost Writer, and Tomei, in a bright and funny expanded cameo as Honey Foster, the stoner security guard at the college.

Ratliff and Douglas Stone’s screenplay, adapted from Beinhart’s novel of the same name, travels much the same topical road as Alexander Payne’s abortion comedy Citizen Ruth, a little more broadly but with equal frantic energy. Only one character fails to revert to type: Carl and Gwen’s gimlet-eyed, skeptical daughter Angie. She’s the only one who thinks to ask questions. If only Ratliff and his crew had figured out a decent way to end it, this might have been one of the best comedies of the year. As it is, with Kinnear and Brosnan destroying the landscape and the brief but salty presence of Harris, we’ll take it anyway. Even the most jaded movie fan has to believe in something.

One in Three Oakland Students Drop Out