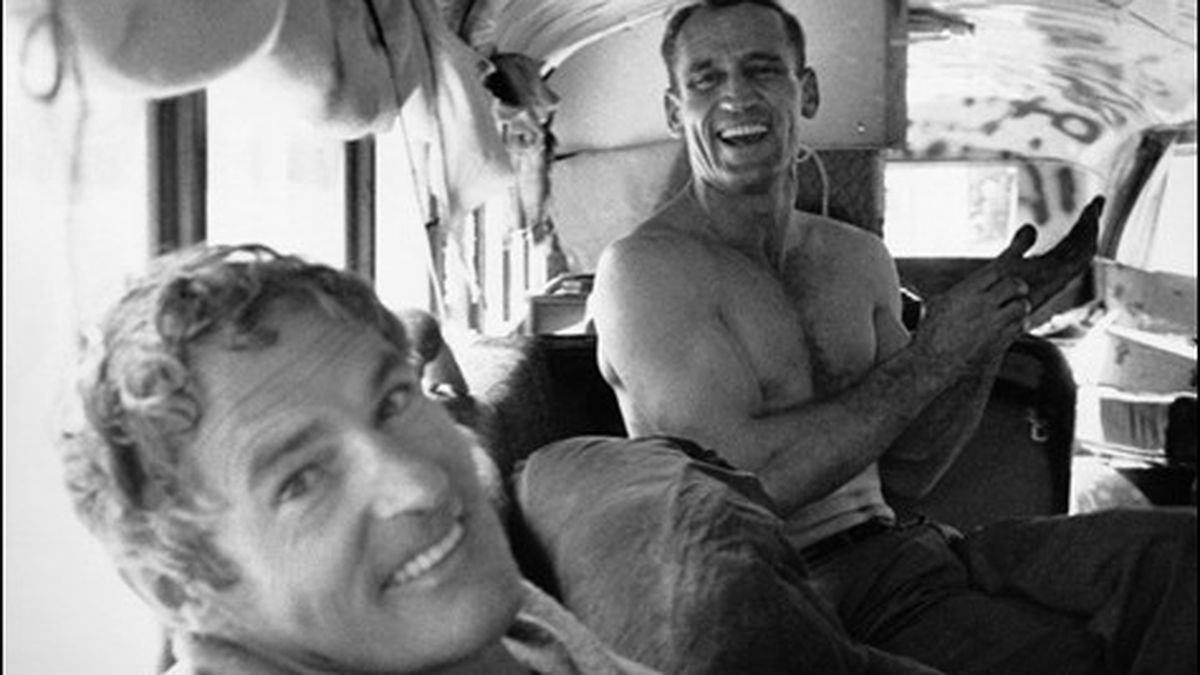 Acid reflux with the Merry Pranksters.

Magic Trip could be a useful cultural history lesson for audiences who never experienced the Sixties. In short, author Ken Kesey and a few of his friends bought a dilapidated school bus, dropped some LSD, and took off across America for the 1964 World’s Fair in New York. Goal: to “experience the American heartscape.”

They also had the presence of mind to pack along a 16mm movie camera, and the footage of their misadventures — getting stuck in the sand in the Arizona desert, parading through Harlem, etc., all the while tripping their brains out — is the basis of the documentary by Alex Gibney (Taxi to the Dark Side, Client 9: The Rise and Fall of Eliot Spitzer) and editor Alison Ellwood.

Kesey makes an interesting point: The reason the Merry Pranksters did not face Easy Rider-style hostility was that nobody knew what to make of them. A fellow Prankster observes: “No one was afraid of hippies and drugs because they hadn’t been on the news yet.” We also find out that the anticipated powwow between Kesey’s West Coast freaks and the followers of Timothy Leary flopped badly — Leary’s Harvard academic LSD researchers couldn’t relate to the nuttiness of beatnik icon Neal Cassady and his playmates, and basically snubbed them. Otherwise, we don’t learn as much about the times as we might have expected. Acid heads, even those who write novels as good as One Flew Over the Cuckoo’s Nest, are not necessarily coherent documenters.

But it’s invigorating for about half of the 107-minute running time, as the gentle Kesey gang mingles with the population and tries to explain exactly what’s on their minds. We’re not allowed to forget that the CIA was the most vigorous early LSD experimenter in the United States, nor that eventually Kesey shut down the acid tests at his home in La Honda and sent the “divine loser” Pranksters home. The woods are full of wardens.