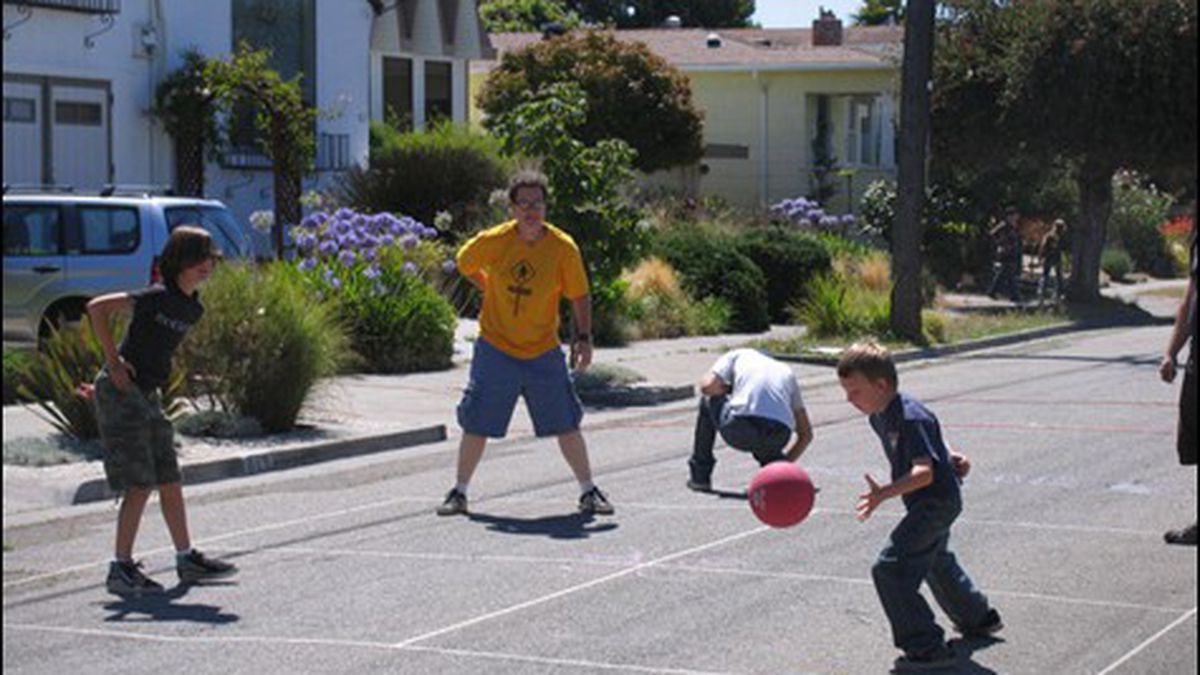 Alberrito Streets unites two cities for an afternoon of entertainment and recreation.

For city dwellers, the utopian vision of wide-open streets free of car traffic and filled with children playing and neighbors chatting is for the most part just that — a vision. Cars rule urban roads, confining the fun to sidewalks and yards.

But for a few hours on Sunday, August 28, vehicles will be conspicuously absent from a handful of residential roads stretching between Albany and El Cerrito. From the intersection of Key Route and Thousand Oaks boulevards in Albany to Ashbury Avenue at A Street in El Cerrito, pedestrians will take precedence. This coup will be the result of Alberrito Streets, a recreational free-for-all organized by the two East Bay cities.

Previously confined to Albany, the event expands to El Cerrito for the first time this year. People of all ages are invited to fill the continuous, nearly half-mile stretch of open streets for drop-in activities including aikido demonstrations, softball games, a bicycle-powered smoothie maker, and chalk art. Entrepreneurial types can initiate their own recreational endeavors. Each block, some dotted with grassy medians, will host different offerings; all will be devoid of cars.

Heather Robinson, Albany’s adult sports coordinator and one of the event’s main organizers, said there have been misconceptions in past years that the festivities are for locals only. “But we want people to know that you don’t have to live in the neighborhood to participate,” she said. “This is a way for people to get exposed to all different kinds of activities that they may not have had a chance to do. You can try a whole bunch of different kinds of things and find out if you like something.”

Robinson encouraged attendees to bike, skateboard, or use any other form of car-free transportation to get to the event. Although organizers sent out advance letters asking residents living within the designated blocks to confine their cars to garages and driveways for the event’s duration, some residents were less than enthused about the prospect of re-routing their vehicles for the three-hour foray, she said. But Robinson remains optimistic it’ll work out. “It’s not an all-day thing,” she said. “We hope that people can be understanding of the positive things we are doing and try to look past the inconvenience of having to move their cars for a little bit.”

Robinson said that Alberrito Streets, modeled after a similar event in San Francisco called Sunday Streets, recalls a time when streets were less car-centric and served more as avenues for neighborhood socialization. “People used to play in the streets when there were less cars,” she said. “So I think it’s kind of hearkening back to the days when kids played in the streets more and neighbors knew each other and used the streets for more than just driving and parking.” Noon-3 p.m., free. 510-528-5710 or AlbanyCA.org

Corrections for the Week of November 25