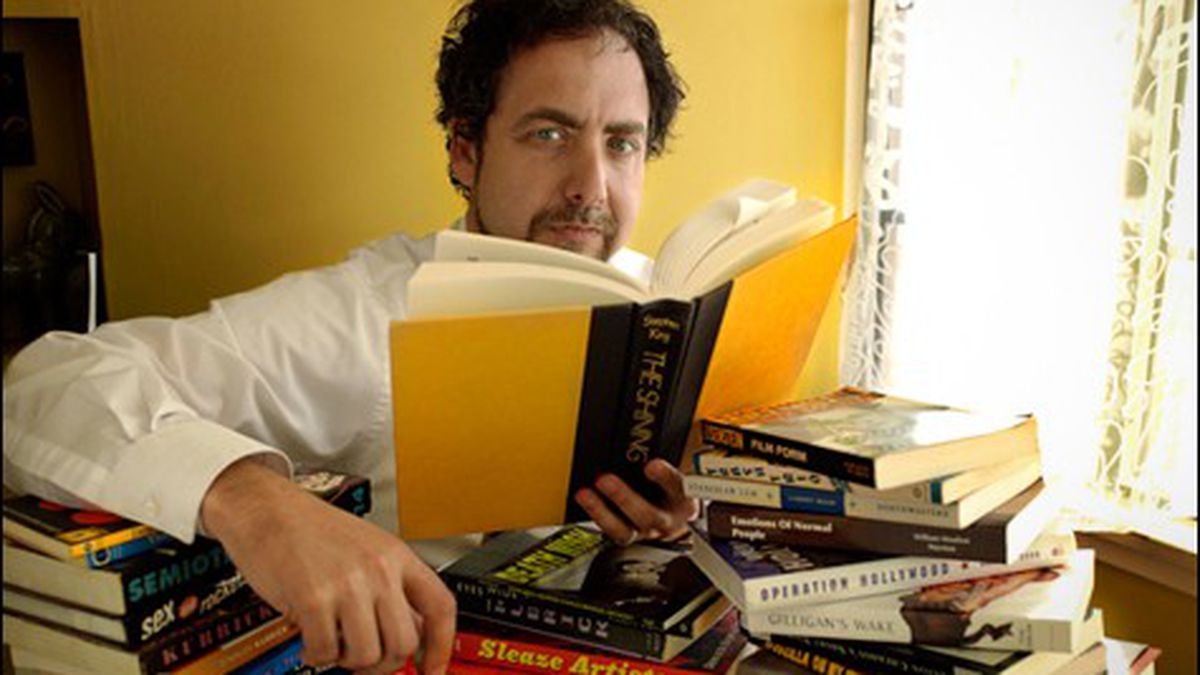 They checked in, but they didn't check out.

Once again it all comes down to Kubrick. Termitic film nerds could chow down for years on the wood chips in Room 237, subtitled: “Being an inquiry into The Shining in nine parts.” The things you and I admired in Stanley Kubrick’s 1980 horror film are as children’s playthings compared to what the subjects of Rodney Ascher’s geek-o-rama documentary essay obsess about. Influential? You don’t know the half of it.

ABC News reporter Bill Blakemore can’t get over that can of Calumet baking powder in the hotel pantry. To him it recalls the genocide against Native Americans and how the past impinges on the present in awful ways. Playwright Juli Kearns loves the Overlook Hotel’s office window (“a character in itself; there’s something wrong with it”). She diagrammed a floor plan of the entire hotel.

For Geoffrey Cocks, a college professor of history, The Shining possesses “a deeply laid subtext that takes on the Holocaust,” from Jack Torrance’s German typewriter and the symbolic number 42 to the film’s Freudianism, with references to Holocaust studies. Evidently, “Kubrick found the Holocaust of such terrible magnitude that he just couldn’t treat it directly.” Therefore, these laborious metaphors.

Doc director Ascher’s team of Shining enthusiasts are not at all afraid to treat the film’s tiniest, most obscure visual and thematic references directly: the patterns on the hotel carpeting; advertising images from posters on the wall; nutty numerology on T-shirts; Kubrick’s face airbrushed into clouds; the cover of Playgirl magazine; the psychological meaning of Danny’s Big Wheel. The old “Indian burial ground” routine resurfaces, likewise the discussion of Kubrick’s alleged role in faking the Apollo moon footage for NASA.

It’s fun for awhile to listen to the theories. The Kubrick version of The Shining brilliantly improves on Stephen King’s novel (for instance, there’s no maze in the novel, it’s all Kubrick’s), but is the movie really a movie about “how not to be a victim of the past” or just a damned good scare? Compared to the hellfires in Jack Nicholson’s eyes and the ghastly apparitions in the corridors, the novel’s animated topiaries seem fairly silly. So does the advice of one theorist, the MSTRMND, to watch the film both forward and backward. Sometimes a movie is just a movie, and Room 237 enjoys taking the roundabout route to that conclusion. “The mega-brain for the planet,” as one admirer refers to Kubrick, would surely appreciate that point of view.&#8;

The Cook and Her Farmer Softly Opens Tomorrow

City of Oakland and Three Nonprofits Awarded $1.85 Million in State...