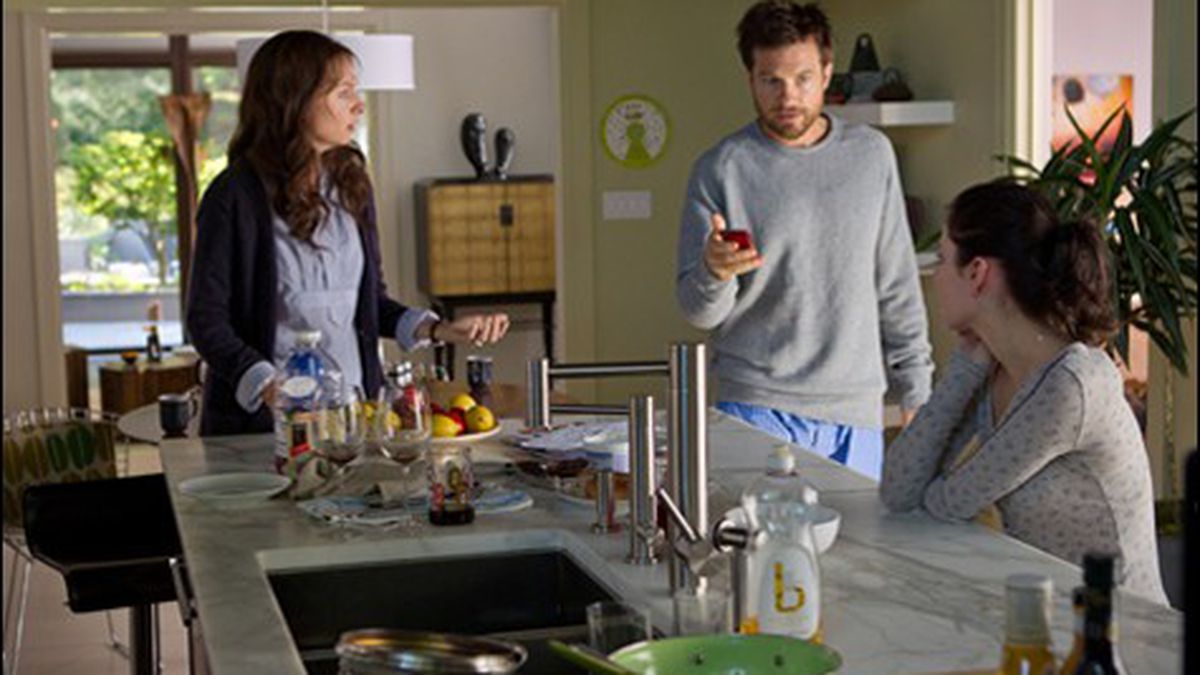 Disconnect belongs to a particularly dubious class of narrative films, the “interlink” movie. Interlinks are notorious for throwing together a large cast of actors around some vaguely topical premise, with each clump of characters acting out some aspect of the problem (it’s always a problem) and relating ironically to a few of the other, seemingly unconnected characters, whether they realize it or not, even if they’re physically on different continents. Think of Crash, Traffic, Babel, Syriana, etc.

The idea that people don’t really pay attention to those around them is a popular interlink trope. So is the notion that insanely complicated high-tech communications may actually drive people insane. So Disconnect is in good company. It is directed in an uninspired way by Henry Alex Rubin from a lazy screenplay by Andrew Stern, but it is not completely worthless. Unless our prime criterion for an interlink movie is the presence of Matt Damon, we should be able to salvage something from this one.

The problem in Disconnect is either overuse of the Internet or the lack of heart-to-heart talks between family members — take your pick. Ben (Jonah Bobo), a high-school outcast, gets suckered into a destructive chat-room fake-romance by a claque of bullies posing as a teenage girl, whose main goal is to humiliate him. Meanwhile, the marriage of Cindy (Paula Patton) and Derek (Alexander Skarsgård) is hitting a rough patch because of Derek’s obsessive online gambling and Cindy’s emotional vulnerability in an online support group, exacerbated by the death of their infant son a few months before. A “friend” from that support group has stolen Cindy’s identity and is now draining their bank account, so they call in security expert Mike (Frank Grillo). As it turns out, Mike’s son is one of the kids tormenting young Ben. So there’s no need to whisk us to Saudi oilfields or Japan as in the big-budget interlinks — all the faults lie in one American town.

Sensationalist Nina and streetwise prostitute Kyle don’t trust each other, of course. They’re both TV hustlers, except that Kyle turns his tricks outside the law under the protection of a Fagin named Harvey (Marc Jacobs), and Nina plies her trade under the guise of crusading journalism. At the climactic moment, Kyle angrily demands of Nina, Who’s exploiting whom? Good question. Do all the characters hold their families in contempt and distrust? Well, yes and no. They’re just looking for a little sugar in all the wrong places. This movie doesn’t need a reviewer, it needs a family mediator.

Acting kudos to Riseborough, Thieriot (a Bay Area product), Grillo, Skarsgård, Patton, Bobo, and, in a role so small we almost didn’t recognize him as the costar of the Swedish Dragon Tattoo trilogy, actor Michael Nyqvist as the suspected identity thief. Violence. Truth and consequences. Tears for fears. Disconnect contains its remedy for the world’s problems in its title. Too bad it lacks the power to make us care about it further than the first tier of characters.