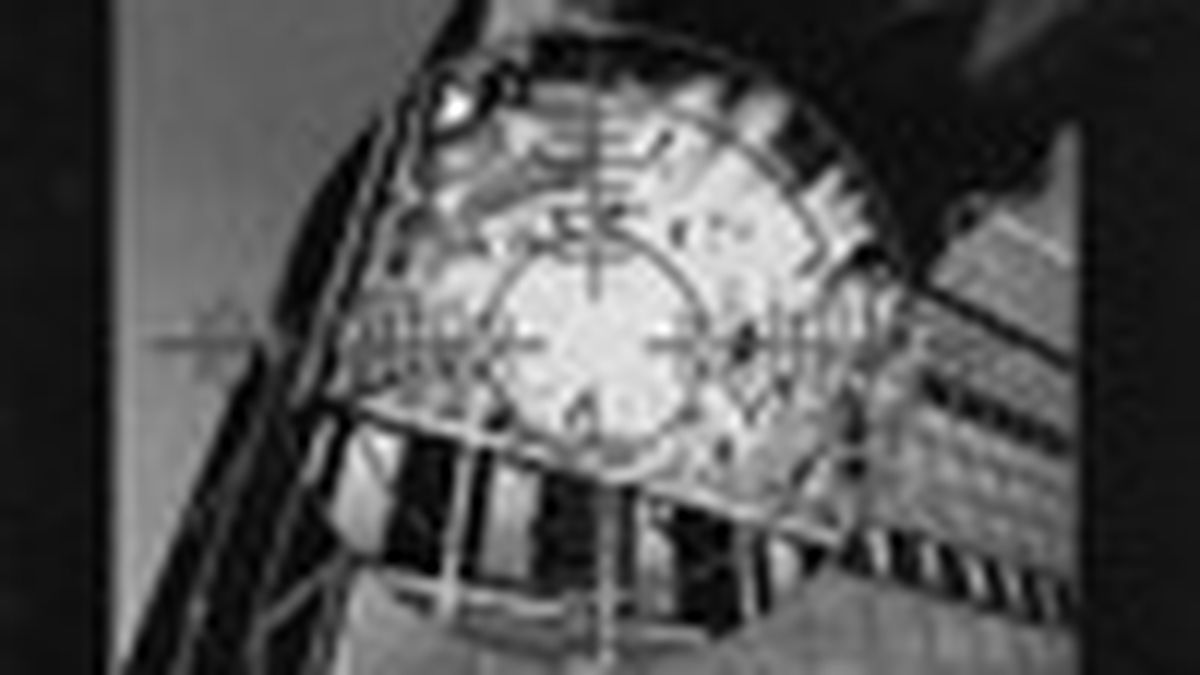 You can attribute part of the artistic debacle that is Movin’ Out to the sociological tension between theater and rock ‘n’ roll, but perhaps the lion’s share of the blame lies in the fateful decision to use lame-ass Billy Joel songs. We can think of a few pop music icons far more appropriate for gallingly overblown schlock Broadway productions.

Ladies and gentlemen, behold the glory that is Pyromania!, the official Def Leppard musical. This explosive, heartrending, action-packed whirlwind promises to make Cats look like A Streetcar Named Desire in terms of sheer sensory overload. It has everything you could ever ask for in a musical: fire, senseless violence, wanton groupie shenanigans, fire, depraved lust, bitchin’ drum solos, hideous car wrecks, alcohol-fueled dementia, fire and, most importantly, severed limbs.

Here is the working outline for Pyromania!, sketching out the plot and the full-blown musical numbers that will cleave said plot into incomprehensible little nubs of pointless dialogue. We can’t promise Producers-caliber excellence here, but we guarantee this sucker’ll be way edgier than Urinetown.

• Curtain rises on a bare stage. Twin English schoolboys appear, join hands, and alternate lines of dialogue: All right/I got somethin’ to say/It’s better to burn out/Then fade away. Fade to black.

• “Armageddon It” (get it?) serves as the Pyromania! theme/opening number, featuring a dancing chorus of sexy jungle cat-suited ladies who appear to be hard of hearing. Every third dancer wields a flamethrower.

• See Rick wasting away in poetry class. Suddenly, the Hard-of-Hearing Jungle Cat Chorus bursts through the schoolhouse ceiling and launches into “Rock of Ages.” Here’s your crowd-pleasing anthem: Rise up! Gather round! Rock this place! To the ground! Burn it up! Let’s go for broke! Watch the night go up in smoke! Rock on! (Rock on!) Drive me crazier! No serenade, no fire brigade, just PYROMANIA! COME ON! Rick is thus entranced by the dueling vices of arson and kick-ass rock ‘n’ roll.

• Enthralled, Rick steals a drum kit from a pawnshop and joins a local rock combo, the Fear of Commitments. The band bursts through an enormous paper Union Jack flag and launches into “Let’s Get Rocked.” At song’s end, the boys are approached by sleazy producer/manager/Svengali Mutt Lange, who runs around on all fours, bears a striking resemblance to John Candy in Spaceballs, and is apparently being ridden by Shania Twain.

• Mutt makes the Fear of Commitments insanely popular via cheeseball studio recordings and mullet-tending advice. We join the band on an international tour for the Casual Sex Medley, featuring “Animal” and the glorious, show-stopping “Pour Some Sugar on Me.” The stage is split into two tiers: The 360-degree-rotating concert stage above, and the Groupie Den below, wherein an elated Rick is tended to by a pack of nubile, scantily clad Hard-of-Hearing Jungle Cats. The curtain falls on Act One.

• As Act Two opens, Rick takes a shine to one nubile, scantily clad Hard-of-Hearing Jungle Cat specifically on a Bay Area tour stop. Cue schmaltzy, “All I Ask of You”-grade lovey-dovey ballad “Have You Ever Needed Someone So Bad?” as the lovebirds walk hand-in-hand through an exact stage replica of Fishermen’s Wharf, complete with bleating sea lions.

• Ah, but the relationship goes sour, leading to the Downward Spiral of Depression Medley: “Foolin’,” “Bringin’ on the Heartache,” and the glorious, show-stopping “Love Bites.” Rick staggers through a nightmarish tableau of demons and disasters: paparazzi, obsessed fans, OxyContin dealers, Spandex wholesalers, Scientologists, and VH1 I Love the ’80s C-list celebrities. At medley’s end he is trapped and submerged within an enormous bottle of whiskey.

• The flaming car wreck is reprised. (Note: Return the flaming severed arm to your usher and receive Sizzler gift certificates!)

• Rick’s Fear of Commitments bandmates nurse him back to detoxified health and present him with a special gift: a state-of-the-art drum kit wherein you hit one drum and it goes buddadadbumpbumpbumpbumpbuddadabumpding! Rick explores this new rig’s potential for the tune “Rocket,” featuring a guest appearance by the Blue Man Group.

• Rick and his nubile, scantily clad Hard-of-Hearing Jungle Cat reconcile — the twin British schoolboys reprise “Have You Ever Needed Someone So Bad?” a cappella.

• For the big finish, a reprised medley of “Rock of Ages” and “Armageddon It.” The remaining two-thirds of the Hard-of-Hearing Jungle Cat Chorus are issued flamethrowers. And as the curtain falls, Rick rushes to the front of the stage and delivers the underlying inspirational message behind Pyromania!: “When life hands you one arm, make one-arm-ade.”

Behind the Game Warden Shortage