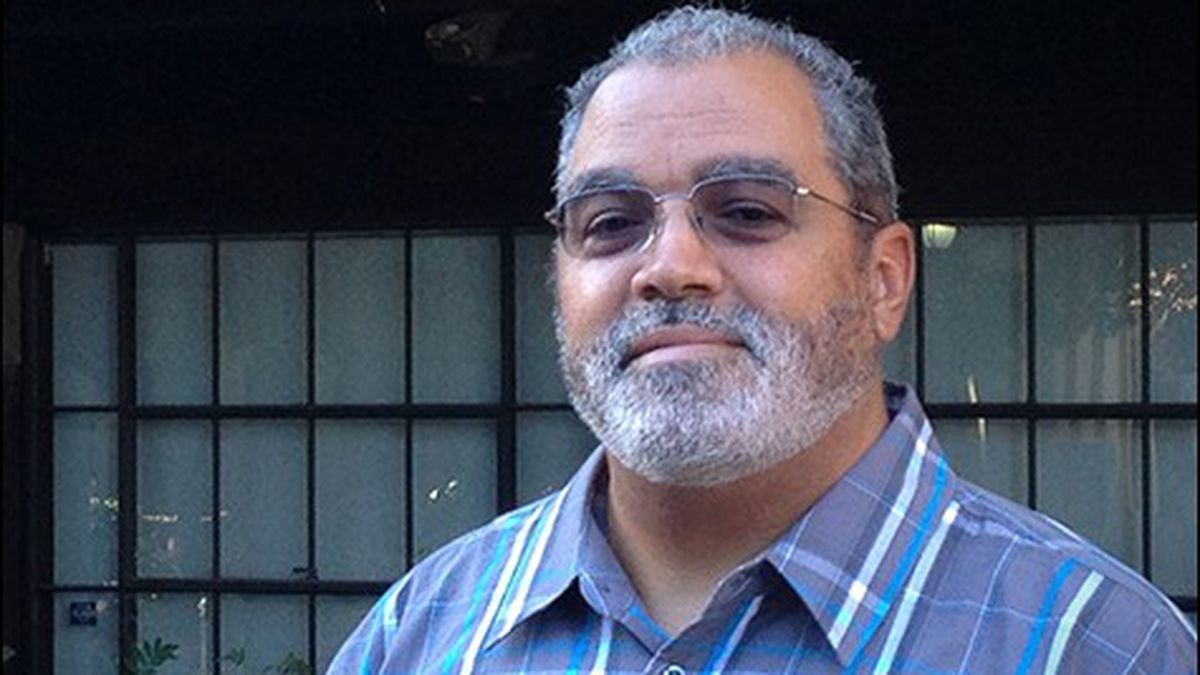 Rickey Vincent grew up around The Black Panther Party. His mother was a member in the late Sixties, and he remembers leaders Bobby Seale and Eldridge Cleaver coming by his family’s Berkeley house when he was six, as well his mom taking him along to visit Huey Newton in jail. Vincent, who still lives in Berkeley, grew up to learn much about the Panthers and other militant African-American organizations, but music — funk in particular — became his primary passion. In 1996 he wrote the book Funk: The Music, The People, and The Rhythm of The One, and since 1997 has hosted The History of Funk program Friday nights on KPFA.

His interests in politics and music intersected in 2002 when rapper Boots Riley of The Coup told him that the party had an official singing group called The Lumpen. Fellow KPFA programmer Walter Turner played him a copy of the soul quartet’s only record, an ultra-rare 45 titled “Free Bobby Now,” released in the summer of 1970. Sung over syncopated James Brown-inspired beats, the up-tempo tune demanded the release of Seale, who was then on trial in Connecticut for allegedly having ordered the murder of another party member.

Vincent spent the next ten years working on a book about The Lumpen’s music and its connection to less politically radical R&B hits of the period such as Brown’s “Say It Loud — I’m Black and I’m Proud” and Aretha Franklin’s “Respect” that reflected a sense of pride that was sweeping the African-American community. Among those he interviewed were the four members of The Lumpen (William Calhoun, Clark Bailey, James Mott, and Michael Torrence), former party leaders David Hilliard and Emory Douglas, and party historian Bill Jennings.

Party Music: The Inside Story of the Black Panther’s Band and How Black Power Transformed Soul Music was published on October 1. It chronicles how, during The Lumpen’s one-year existence, the group delivered revolutionary messages of the Oakland-based Black Panther Party in four-part harmony at the organization’s rallies, from California to Massachusetts.

Joined by Bailey and Mott at a recent reading at Underground Books in Sacramento, the 51-year-old author, who currently teaches “From Bebop to Hip-Hop” and other courses at UC Berkeley, played two never-released numbers by The Lumpen that had been recorded at a 1970 concert at Merritt College, where Newton and Seale had founded the party four years earlier. The fidelity was rather low, having been dubbed from a grainy tape kept in the Huey P. Newton Archives at Stanford University, but the group’s messages were clear: We want freedom to determine the destiny of our community, lead singer Calhoun wailed, interjecting cries of good God between background vocal parts as bassist Thomas Wallace and drummer Minor Williams anchored the song with a groove borrowed from Brown’s “There Was a Time.” A version of Curtis Mayfield’s 1965 freedom anthem “People Get Ready” followed, but instead of singing about not needing a ticket to board a train that’s coming, as Mayfield had, The Lumpen substituted the lines revolution’s come and your only ticket is a loaded gun.

Although some musical stars, including Jimi Hendrix, expressed support for the Panthers, others kept their distance. “You know, it’s not good to fight the police, you’re gonna lose,” Vincent quotes Sly Stone as having said in the 2008 film Coming Back for More.

After the talk, when asked about Panther chants of “off the pig” and other violent slogans that The Lumpen incorporated in their songs, Vincent responded, “A lot of Panther rhetoric was specifically designed to dismantle the element of fear of the police in the community. The thinking is once you do that, then all other forms of activism are in play. That means you are more capable of organizing a picket line around a police station or a rally next to a prison if you’ve sort of broken the spell that the badge and the uniform and the gun and the authority had. Whether it was realistic to say the system could be overturned was down the road.”

The Lumpen’s duties as party members also included folding and selling the weekly Black Panther newspaper, serving as security guards at party offices, and preparing food for the breakfast program. The quartet broke up in the spring of 1971, shortly after the acrimonious ideological split between Newton and Cleaver that led to a rapid decline in party membership.

“We were not entertainers. We were party members,” Mott told the audience.

Although the party dissolved more than thirty years ago, Mott and Clark both said they remain committed to the organization’s principles and that many conditions in the African-American community have worsened rather than improved since their years in the party.

“The things I learned in the Sixties still apply,” Clark said. “In this capitalist society, there’ll never be work for everybody.”