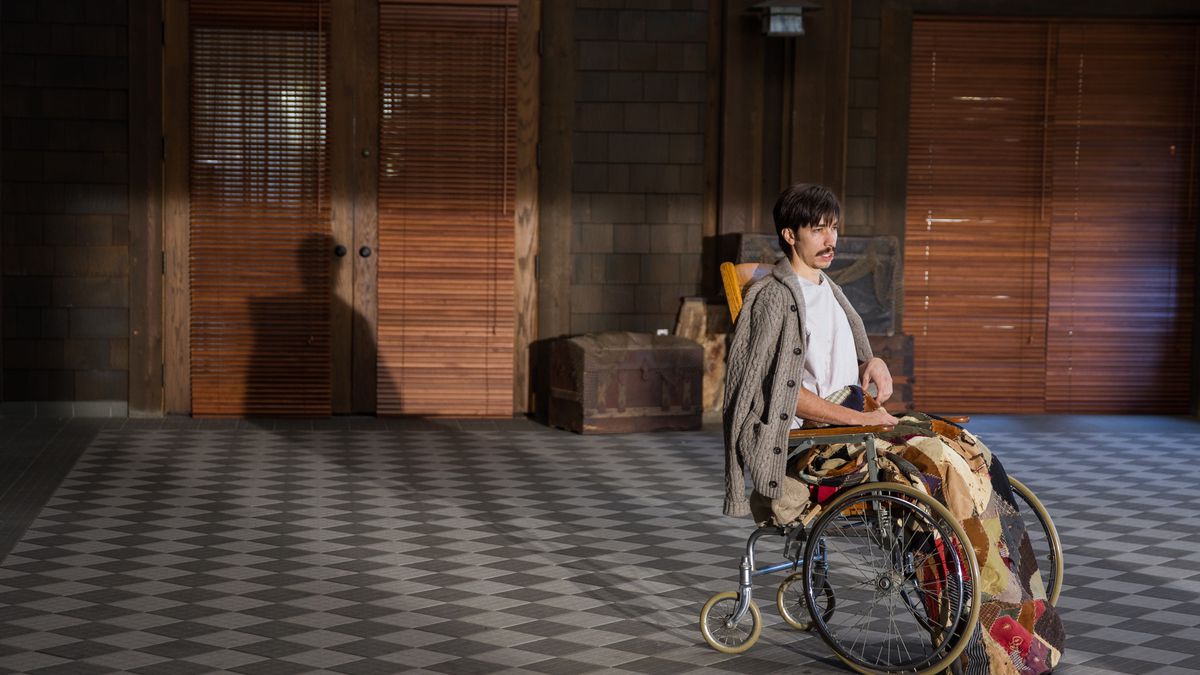 Justin Long (aka Mac Kid) gets turned into a walrus in Kevin Smith’s latest.

Justin Long gets kidnapped by an insane millionaire and turned into a walrus. That’s a unique movie concept, an idea that thinks outside the multiplex. And it’s probably fitting that writer-director Kevin Smith, the maker of Clerks, Chasing Amy, Jay and Silent Bob Strike Back, and Zack and Miri Make a Porno, is the one to bring that scenario to the screen in his new film Tusk. Long is best known as the actor who — in between such movies as The Sasquatch Gang and Campus Ladies — helped create a pop culture uproar in the late 2000s by appearing as the Mac Kid in a fantastically successful series of TV commercials for Apple. In the “Get a Mac” ads, Long’s casually dressed, youngish character representing Apple’s Mac computers was pitted against a dorky, middle-aged, business-suited, PC-using square (played by actor John Hodgman) in a game of wits that the Mac Kid always easily won.

In many ways the Mac Kid was the prototype of the much-discussed Techie, the ubiquitous bugaboo of culture debates — a snide, arrogant, self-adoring twerp whose smugness (not to mention his lavish salary) is supported by his technical ability to solve problems, and by nothing else. In other words, he’s an annoying little weenie whose sneering face everyone, even people who love their iPhones, secretly wants to use as an ashtray. Long is a professional actor. It’s reasonable to assume he’s personally nothing at all like the Mac Kid. But it’s the path he chose, and he has to wear it. Long did such a good job with the Mac Kid (created by Apple’s TBWA/Media Arts Lab ad agency) that his career took off. He made Drag Me to Hell and Alvin and the Chipmunks: The Squeakuel.

Smith has also used Long once or twice, but seems to have been grooming the 36-year-old actor for the role of Wallace Bryton, Tusk’s lead character. Podcaster Wallace, who spends his days in a studio mocking other people’s YouTube videos with his partner Teddy (Haley Joel Osment), is a more-than-reasonable facsimile of the Mac Kid, right down to the way he condescendingly explains to his eccentric new Canadian friend Howard Howe (Michael Parks) about how a podcast works. It’s a given that everyone Wallace comes into contact with wants to kill him immediately. Exactly how he falls into the clutches of Howard is the least interesting part of Tusk, the part that corresponds to Johnny and Barbra driving up to the cemetery in Night of the Living Dead, or the frat boys and sorority girls first frolicking around their cabin in Tucker & Dale vs. Evil. What matters is how the obnoxious American finally ends up: lower legs amputated, arms broken and twisted into short stubs, tongue cut out, body sewn into a hideous walrus skin, and mouth forcibly fitted with a pair of huge, authentic walrus tusks.

After we finish chuckling at the poetic justice of the repellant, snot-nosed podcaster being turned into a repellant, raw-fish-eating, flippered marine mammal, we’ve still got half the movie in front of us, plenty of time to wonder what the filmmaker is driving at. Early indie sensation Smith has a track record of building deadpan humor around an outrageous premise. That certainly explains the money shots of Wallace blubbering in his water tank — for the classically minded, a quote from Freaks or The Elephant Man, take your pick. Once we get over Wallace’s grotesque transformation, however, there’s no place for the movie to go.

The unfunny Canada jokes — Tusk is evidently the first film in a Northern triptych for Smith — extend to the character of detective Guy Lapointe (Johnny Depp), who wastes serious time of his own with a non-sequitur flashback. Park’s windbag Howard and his loony sea stories fare better; every monster deserves a mad scientist. The only other comic riff that works is the relatively tame one about the name of Wallace and Teddy’s podcast, The Not-See Party — as in “videos you will not see anywhere else.” So whenever Wallace or his friends try to identify themselves to police in an emergency, the cops hang up. Smith has his usual trouble carrying a concept across the finish line. In the end, the spectacle of Justin Long the Walrus Man isn’t worth the torpid padding, no matter how much we might enjoy seeing him bobbing for mackerel. Tusk is not weird enough to help itself over the slow spots.