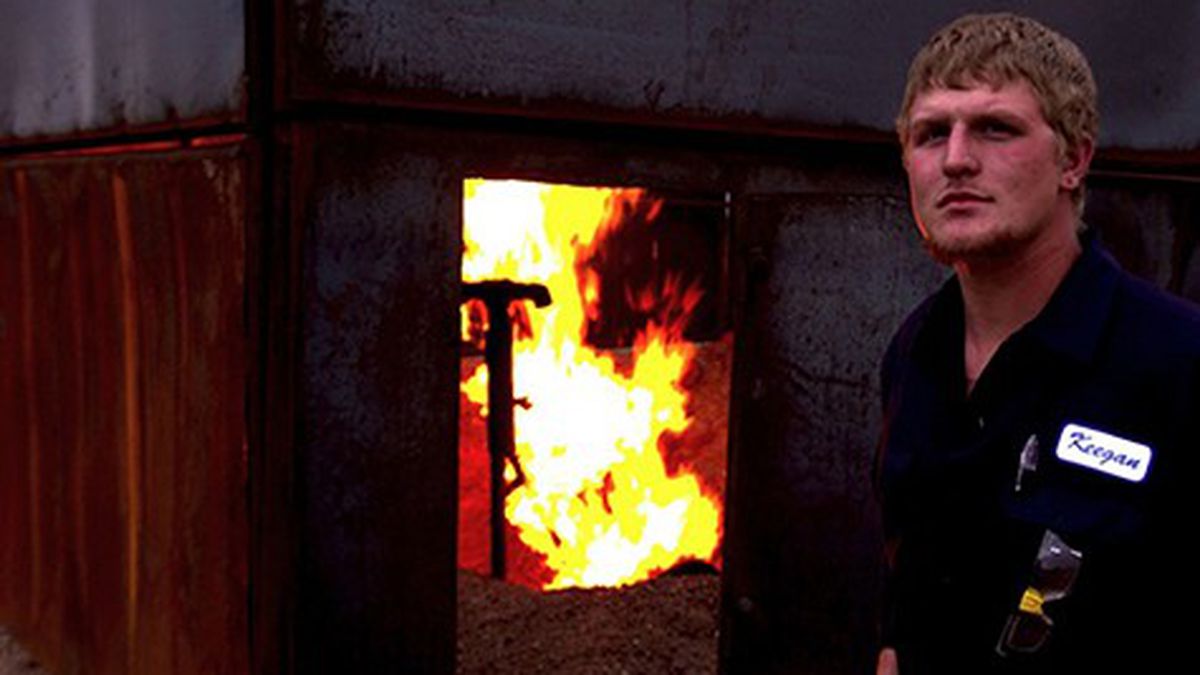 A striking number of “recession special” narratives and documentaries have been produced since the financial meltdown of 2008, and unfortunately they keep coming, as relevant as ever — there’s obviously still a need for them to bear witness. One of the latest and most penetrating is Jesse Moss’ The Overnighters, a documentary that reflects a perfect storm of American social and economic problems.

As we observe in the un-narrated, vérité-style doc, the development of oil fracking near the small prairie community of Williston, North Dakota has drawn multitudes of would-be petro-workers to town, swelling the population, raising prices (including rents), and creating instant animosity between longtime residents and “overnighters.” In the process, the newcomers have inadvertently set up a moral dilemma for Jay Reinke, pastor of the Concordia Lutheran Church.

Williston is a pretty dismal boomtown. Fracking is dangerous, unhealthy work. Oil workers get skin rashes and other ailments, and yet there’s frantic competition for jobs. For every employed oil field hand there are seemingly two or three hopefuls, many of them desperate, drawn to the promise of work from places where there is none. And so we have out-of-work people scrambling for dirty jobs, cramming into a small town and upsetting the locals. In the words of one man, “It’s a very broken world.” Parking lots fill up with men and women sleeping in their vehicles. Others wind up crashing on the floor of Pastor Reinke’s church. Eventually a sizable number of short-term, unemployed, needy folks are hanging around. This arouses the ire of the church’s conservative congregation as well as that of the local newspaper, the Williston Daily Herald, which attacks Reinke in its editorials.

Reinke, a thoughtful man with a permanently apprehensive expression on his face, comes across as a true activist preacher, offering help to poor people and sinners, including a sex offender he brings into his family’s home. For his efforts, he is ordered by the city to kick the guests out his church. The reason: fire and safety code violations. The pastor realizes on camera that perhaps he doesn’t really belong in Williston, either. Or does he? The Overnighters, written and directed by veteran Bay Area-based filmmaker Moss (Full Battle Rattle, Speedo), won the Golden Gate Award for Best Documentary at the 2014 San Francisco International Film Festival. It’s booked for one week only at Landmark’s Shattuck Cinemas in Berkeley. Go see it.