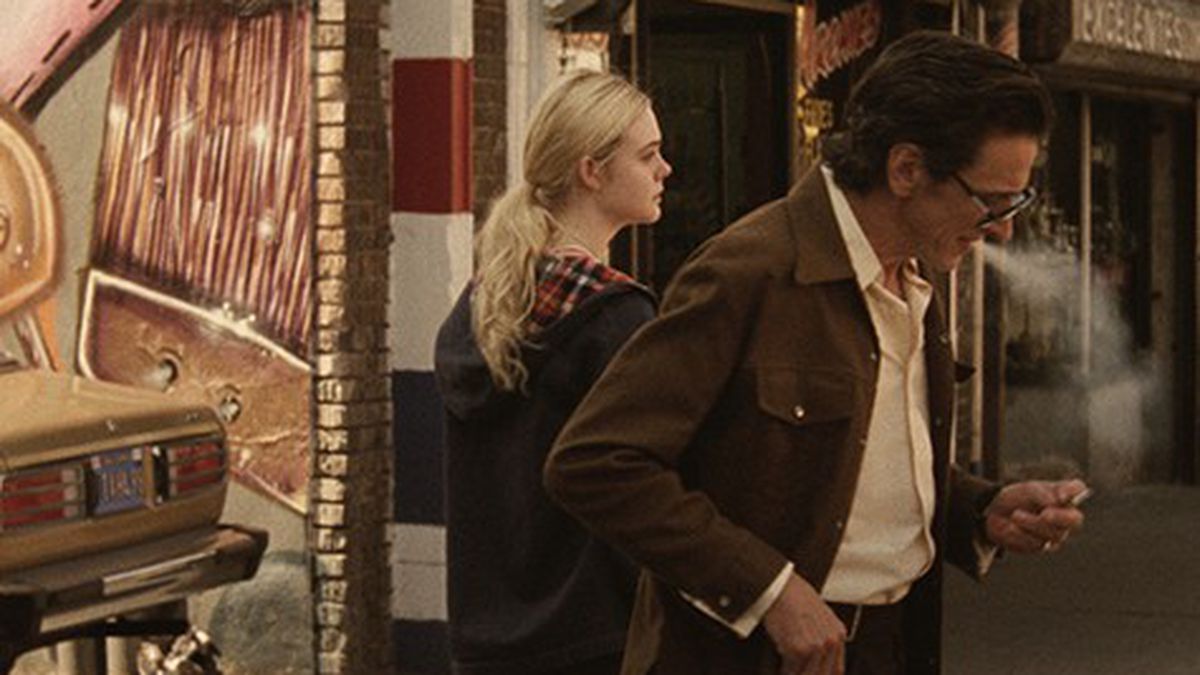 My dad, the junkie.

Jeff Preiss, the director of Low Down, worked as a cinematographer on Let’s Get Lost, Bruce Weber’s expressive 1988 documentary profile of jazz trumpeter/singer Chet Baker — a prominent heroin addict at the height of his 1950s fame. Preiss obviously knows the milieu.

So when we follow jazz pianist Joe Albany (John Hawkes) and his teenage daughter Amy-Jo (Elle Fanning) around tough-luck Los Angeles — through beat-out SRO hotels, dive bars, basement cribs, county jail visitors’ rooms — we get the feeling we’re seeing the real thing, the “romantic bohemian life” in squalid tones of ochre. The screenplay is adapted by writer Topper Lilien from Amy-Jo’s memoir, Low Down: Junk, Jazz, and Other Fairy Tales from Childhood. We get a picture of what it’s like to grow up with a heroin-addicted musician dad, an alcoholic mom (Lena Headey), and their friends on the out-of-wack side of Hollywood, circa 1974.

When Joe isn’t nodding out or trying to cop, he’s a gifted player who once sat in with Charlie Parker. He and his trumpeter pal Hobbs (the Red Hot Chili Peppers’ Flea) live the jazz life — practice, practice, practice — and it’s up to Amy-Jo and her no-nonsense grandmother (Glenn Close) to walk the line and make sure no one falls off the world. The parole officer drops by, as do Alain the little person from downstairs (Peter Dinklage); the kid (River Ross) from down the hall with the prostitute mother; and Amy-Jo’s rock-drummer boyfriend Cole (Caleb Landry Jones). Everyone except Amy-Jo is abusing one substance or another, yet everyone strives to get along. These are the kind of people who get pushed out when a city gets gentrified. We’re in the Charles Bukowski zone, or the twilight world of Drugstore Cowboy, in which the visual tone duplicates Kodachrome color print photos, yellowed with age. Cinematographer Christopher Blauvelt captures that look by using 16mm film.

Junkies are just people, when you get down to it. Fanning steals the movie with Amy-Jo’s heartbreaking reactions, as when she confronts her drunken mother in a bar, or watches her self-absorbed father take off for Europe, leaving her behind. Fanning, Hawkes, and Close are the closest thing to ensemble acting perfection we’re going to see in 2014 at the movies, and Low Down is a must-see for a very particular audience.