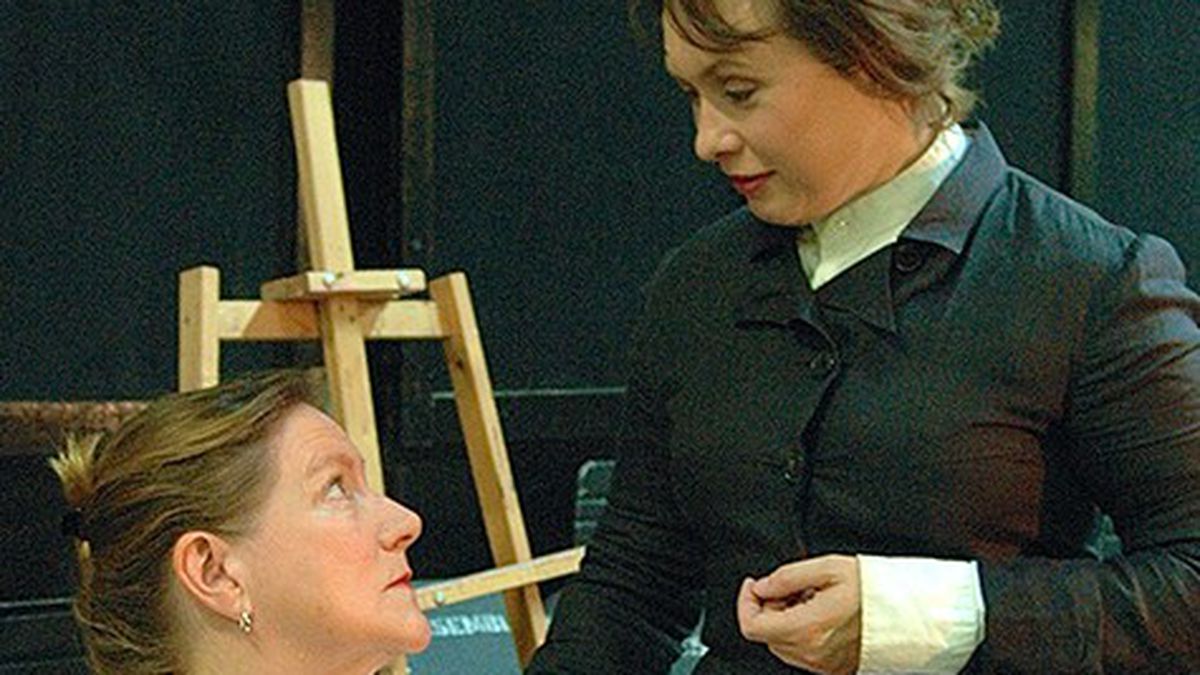 Who would've thought a play on nuclear fission could be boring?

Science has a woman problem. Or, perhaps it’s more accurate to say that science has a problem with women. In 2012, researchers at Yale released a study showing that both male and female professors across scientific disciplines were biased against female students in terms of mentoring, hiring, and pay. Harvard’s physics department didn’t give tenure to a woman until 1992. And in all of Nobel history, just two women have received the esteemed prize for physics (Marie Curie in 1903 and Maria Goeppert Mayer in 1963).

Lise Meitner, who developed the theory of nuclear fission, is another example of science’s woman problem, and the topic of Jennifer Blackmer’s play, Delicate Particle Logic, showing at Indra’s Net Theater in Berkeley. Despite Meitner’s groundbreaking discovery and thirty years of work, the Nobel committee gave the prize to her male partner Otto Hahn (played in Logic with staunch reserve by Michael Kern Cassidy). The glaring omission was partly due to Meitner’s exile — as a Jew living in Nazi Germany, she was forced to flee to Sweden in 1938 — but Otto also had a large hand in downplaying Lise’s involvements.

In playwright Blackmer’s version, Lise (played with an infinitely calm brooding by Teressa Byrne) comes back to Berlin many years after World War II to visit Otto’s wife Edith (the affable Janet Keller), who is living in a sanitarium. Together, the women relive important moments leading up to Meitner’s discovery, and parse their love, anger, and disappointment for Otto, the central man in their lives.

Directed by Bruce Coughran, Delicate Particle Logic had all the makings of a great play — intrigue, injustice, war, forgotten history — and yet, its execution felt strained. Despite Meitner’s devastating and fascinating life, seeing it relived in drowsy glimpses and through the veil of an imagined female friendship felt both contrived and surprisingly dull. How can a play about nuclear fission be boring?, you might be asking yourself, as I was.

I wanted Delicate Particle Logic to work — I really did. Not just because plays championing feminism are near and dear to my heart, and because Lise Meitner’s story deserves to be heard by larger audiences, but also because I applaud the concept of Indra’s Net, which is a theater dedicated to putting on plays about modern science. This is no easy feat, it turns out.

Logic‘s shortcomings aren’t the fault of the actors, who are deft and provide the essential spine to the story. It’s a flowery, trying-too-hard earnestness in the writing that causes the play to lose its punch. Blackmer’s attempts at metaphorically connecting the fields of science and art feel forced, and the few legitimately funny tidbits (women weren’t allowed in the lab at the Kaiser Wilhelm Institute for fear that they would set their hair on fire, for instance) were portrayed with a grave severity that robbed them of their genuine absurdity.

The play also could have benefited from a set composed of more than just four mismatched, wooden chairs. Even props were nonexistent — the actors had to pantomime acts as basic as drinking coffee and reading letters. As we watched Lise figure out her groundbreaking theory while scribbling in the air with her finger, I couldn’t help but wonder why she wasn’t just given an actual piece of paper. Admittedly, that is a petty critique, but it was one of the small instances that detracted from the play’s legitimate tensions and intentions.

Framing Lise’s story through an imagined friendship with Edith, who was an artist, was another interesting concept that didn’t quite work in actuality. Because the women had instant familiarity and friendship from the start of the play, any complexities they might have explored — such as frustration, jealousy, or resentment — were stifled, masked by a kind of Lifetime TV-esque sentimentality. We get hints of raw emotion, such as when Edith asks Lise if she was in love with her husband, and Lise replies, “Does it matter?” But nothing beyond surface scratching receives much airtime.

More successful was the play’s use of the slipperiness of memory, in which certain pivotal scenes are told again and again, revealing multiple interpretations of what might have happened. Each take is vastly different from the one before it, which highlights something Lise says earlier in the play about how a lie told enough times will eventually become “true” in the mind’s memory. The dissonance and tension Lise feels as she relives her time with Otto, her exile, and her greatest breakthroughs are alternately soothed and prickled, depending on which version her memory presents.

The results are disarming and fracturing. Histories, like memories, are dredged up piecemeal, if at all. Delicate Particle Logic is similarly fractured, though the story is important and the concept of science as art is promising. I’ll be curious to see if future Indra’s Net shows will, like the play’s physicist heroine, make a breakthrough.