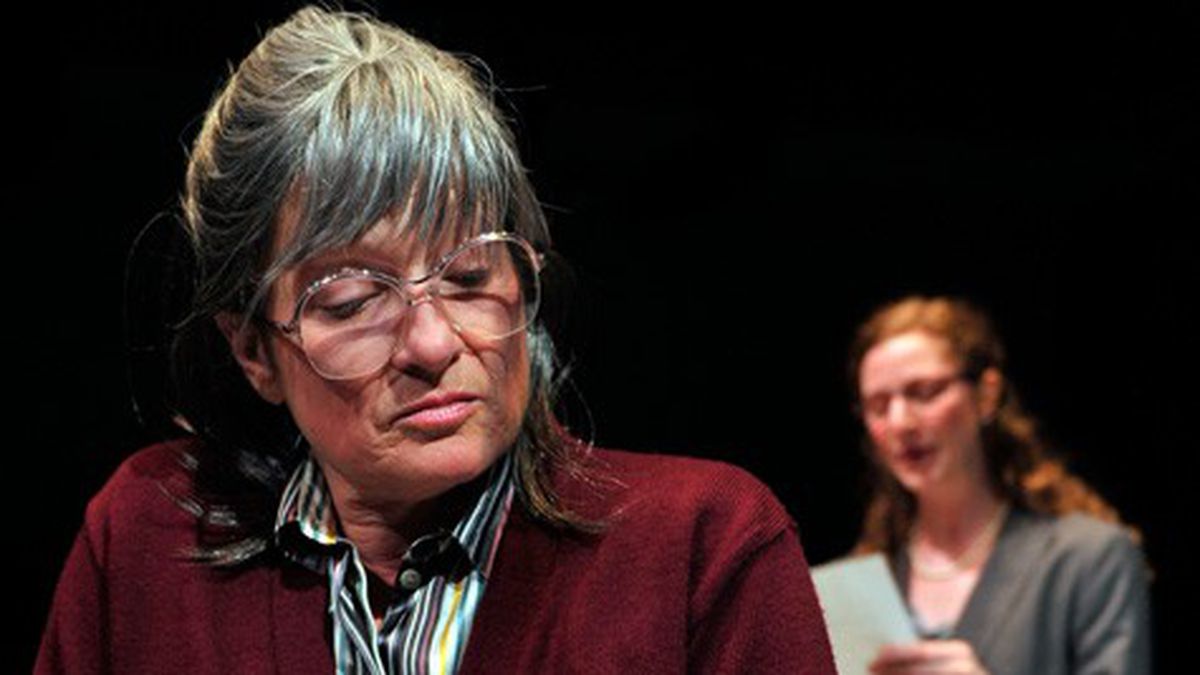 The personal is political in Amy Herzog's radical family drama.

I recognize so many of those people,” a theatergoer exclaimed upon exiting After the Revolution, Amy Herzog’s ambitious and timely drama, which runs through September 29 at Aurora Theatre Company. And though the play takes place in New York’s Greenwich Village in 1999, the liberal archetypes and political underpinnings at work in the script are perfectly suited to the East Bay, especially Berkeley, where man-ponytails reign and you can’t throw a yoga mat out of a window without it landing on a radical.

The revolution may not be televised, but it has definitely been staged. This particular revolution involves the Joseph family, and its star is Emma Joseph (Jessica Bates), a bright, idealistic 26-year-old law graduate who runs a fund named after her famously blacklisted grandfather Joe. The fund is dedicated to social causes, notably the real case of Mumia Abu-Jamal, who was imprisoned for allegedly shooting a cop in Philadelphia in the early Eighties. Emma learns that her martyred, radical grandfather was working as a spy for the Soviet Union during World War II, and that her family has lied to her about it for many years. Emma has dedicated her life to her grandfather’s Marxist beliefs, and the revelation of Joe’s not-so-squeaky past starts a revolution of its own in her life.

Most East Bay folk will recognize the kind of lefties that Herzog pokes gentle fun at. There’s Ben Joseph (played with deft affability by Rolf Saxon), Emma’s sweetly misguided father who shouts “¿Cómo estás?” to Emma’s Latino boyfriend Miguel (Adrian Anchondo) upon talking to him for the first time and is slightly disappointed that Emma didn’t turn out to be a lesbian. Then there’s Vera (Ellen Ratner), a firecracker nonagenarian and Emma’s grandmother, whose witty barbs and clitoris tangents steal the show in the best possible way. Vera is supposedly based on Herzog’s own saucy grandmother — and actually quite a few of her characters have resemblance to members of Herzog’s Communist family. Jess (Sarah Mitchell), Emma’s deadpan fuck-up sister who is in and out of rehab, also provides comic relief to the otherwise serious topics of familial disappointment and the whole upending of Emma’s political and emotional beliefs. One gets the sense that Mitchell must’ve suffered much ocular strain from all the eye-rolling at her naive sister’s chattering.

Skillfully managed by director Joy Carlin (Body Awareness, Jack Goes Boating, and you also might have seen her in a bit part in Woody Allen’s Blue Jasmine), After the Revolution confronts the pitfalls of liberal idealism and how the old cliché is still true: The political is indeed deeply personal. Though Emma’s breakdown becomes excessive after the first hour or so (and the plot certainly could have benefited from less rehashing of her plight), the generational conflicts provide meaty substance to chew on after audience members become bored by the “shock” of Joe Joseph’s spying — it’s slowly revealed that Joe provided economic analyses to Russia, who many characters remind us was our ally during World War II. Hardly the stuff of James Bond villainy or anything approximating it.

The family’s obsessions with the past withholding, Herzog’s intelligence and wit are more than enough to float us past the moments of redundancy. Bates sinuously charts Emma’s course from unwavering conviction to bewilderment to depression to tentative reconciliation. In the end though, the supporting characters prove to be richer and more memorable, particularly Mel, Emma’s stepmother (Pamela Gaye Walker) who mostly sits at the sidelines of the narrative until one of the closing scenes, when she regales Emma with a humorous tale of civil disobedience from her youth and provides the catalyst Emma needs to finally get out of her pajamas and once again join the living. Morty (Peter Kybart) also shines as one of Emma’s donors, who provides the voice of some much needed reason and compassion, as well as a pinch of irascibility.

As with all politics, there are no easy answers to the Josephs’ qualms, and Herzog instead revels in the contradictions and gaps that occur even in good-ol’ well-intentioned lefty families. Nowhere is this more evident than in Vera, who is unflinching in her Marxist beliefs (at one point she describes herself as “not a ra-ra American”) but also thinks people become gay due to sexual abuse. Emma reveres Vera even though she is the hardest on her (or perhaps because she is the hardest on her), and the intersectionality between the old and new guard resonates just as loud and clear as it did during the Baby Boomer generation, the Sexual Revolution, and on and on. That our families disappoint us and vice versa is a given, but as Herzog reminds us in the program notes, “After the Revolution asks how and to what extent we can recover from these disappointments in order to survive as families and keep fighting for positive change in the world.”

Student to Cal Admin: Clean Up Your Act