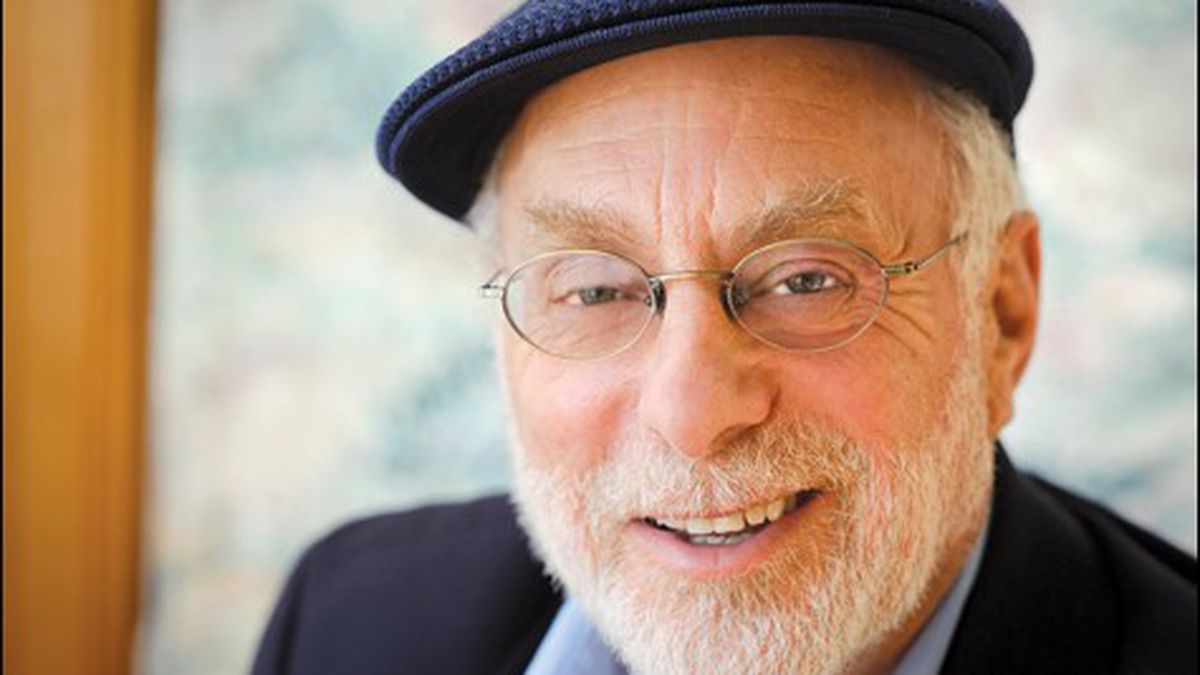 Serial entrepreneur and Noah's Bagels founder believes even the most miniscule things are incredibly important.

Although he’s best known as the founder and namesake of Noah’s Bagels, Berkeley resident Noah Alper calls himself a “serial entrepreneur” who has started six businesses — four of which he sold for a sum total of more than $100 million — involving products such as health food, housewares and religious handicrafts. Nowadays, he provides business consulting on concept creation, marketing, and retailing, and he lectures at business schools across the country. We talked to Alper about his book, Business Mensch: Timeless Wisdom for Today’s Entrepreneur, and how he applies lessons from his father and the Jewish tradition to his successful entrepreneurial endeavors.

What is your book, Business Mensch, about?

Mensch in Yiddish means a decent, upright person. It’s my contention that you can be successful in business and be a good citizen, and the two are not mutually exclusive. The fundamental message of the book is that doing good is good for business.

How can a business owner start doing more good?

First of all, you have to have your radar out and be open to avenues for helping out. Second, it’s important to put good citizenship in the context of being a successful business. There’s a lot of emphasis today on social entrepreneurship, but there is the notion that social entrepreneurship grew up in good economic times. If you devote your attention to a social venture and you want to make a business out of it, you need to look at the business fundamentals first. It’s not that the social aspect of it is secondary in importance, but one has to go before the other.

What we did at Noah’s Bagels was the predecessor to social entrepreneurship, which I call “cause marketing.” It’s traditional marketing with a social slant. When we introduced a new line of schmears, we partnered with a homeless food project, and we gave a certain percentage of sales to them and we mentioned them in our ads. The customers were excited about it, especially around here, where people have a high moral conscience. They want to support a company that supports those values, so everyone gains and it’s a win-win.

In other cases, we acted as a conduit. In Hebrew, tzadekah means charity, so we had a charity box in every store. It didn’t cost us anything; we just harnessed the traffic we already had to do a good thing.

All of these things are win-wins. We didn’t go overboard on anything, but we were looking for opportunities. It became part of our corporate culture.

What are some specific ways you created that kind of corporate culture?

My dad was always fond of saying, “Give back to the community, and it will give back to you.” It’s a logical and intuitive thing to do.

Before we opened each store, we’d have a community service project. It’d be 30 or 35 people from the store, and you’d get paid for the day. Then, when they came to work, they had this great attitude, they were bonded, and they felt good about the company. The net result was that we had half of the turnover of any other quick-service retailer.

I was brought up so that you don’t throw out food, and when I opened my first store on College Avenue, I was taking bags of bagels, like a Jewish Santa Claus, down to People’s Park because I just couldn’t throw them out. Then we adopted more sophisticated donation systems where we’d freeze the bagels so they’d stay fresh and trucks would pick them up from us. It was a way of doing business that kind of expanded organically because we let it be known that this is what we do. We were also very open to employee suggestions and input. That’s another reason we were so successful at retaining employees — we fostered input.

Tell me more about your father and what you learned from him.

He was a food broker in New England, and he represented traditional food lines, like Skippy peanut butter or Dole pineapple juice, and he sold to grocery stores.

My dad always taught me that the people on the frontlines know more about what’s going on than the people in the corporate office. So I would go around to the stores and say, “What’s going on?” At first people were intimidated, like they were going to give me the wrong answer, but I told them there was no wrong answer. I would hear their input and it fostered a culture of free expression, which led to new ideas for philanthropy and how things should be run.

My dad also always said, “Retail is detail.” That’s especially true in the food milieu. The little miniscule things are so incredibly important. For example, you have so many restaurant choices in the Bay Area, and you go in and if you have one little bad moment, it’s like a bit of sour milk in your coffee and you don’t want to go back. So as a business owner, you have to be on it all the time, and that’s not easy. It involves a high degree of awareness. But that’s another thing my father taught me, and it’s at the intersection of treating your employees well, which is that you can’t be in your stores all the time. You hire employees who care and they pay attention to the details for you. You take care of them and they take care of you. It’s a simple philosophy that in some circles has gone away.

You’ve started a number of different kinds of businesses. How did you go about getting the expertise to start such varied types of businesses?

As you get older, you get more conservative and I sometimes think, “Were you nuts?!” But looking back, I started from a demand standpoint. I was always looking around at trends. And I guess that I’ve been able to, in three cases in particular, spot trends as they are emerging. Then I do some homework to see if the demand is really there not only in general, but if you’re in retail, is it going to work here? Some retailers have a great concept but the location, location, location isn’t right and they’re in trouble.

My brother gave me the idea to do bagels and I said I’d look into it. I was not convinced, but I knew that the bagels around here left something to be desired and this is the gourmet capital of the world. Coming from a demand standpoint, there was a demand for high quality food and it was available in every other milieu except bagels, so there was an opening.

So I start with demand and work backward. I think about how badly could I get beaten up by this enterprise. What’s the downside? After that, I think about the long-term potential. Is this really worth the risk? And I mean both the financial risk and the risk of my time and energy because there is an opportunity cost to going into X instead of Y business.

Do you have any suggestions for how business owners can deal with the down economy?

You have to follow your passion, but you need to make sure that you look very hard at the honesty mirror so that you can look at things in a clear, objective way. It plays into the concept of “it takes a schtetl,” or a community. The restaurant I ran, Raphael, we had to eventually close; it didn’t work. But what we did before that was we got all kinds of people with expertise to come in and have lunch — for the price of lunch, you can get a lot of information. And one guy said, “In your situation, you have to shake it up or die.” A lot of businesses these days need to shake it up or die; you need to entertain all of the options.

The truth is, we opened Noah’s during a recession, and what we found is that people who usually go out for a steak dinner will have a bagel and lox because it’s an affordable luxury and they have this pent-up demand that they want to express one way or another. This is not the best time for business, but that doesn’t mean there aren’t opportunities.

A question came in from someone who described himself as a “disgruntled employee” who wanted to know why you wanted to keep Noah’s union free.

What happened is we informed employees of their options and we presented our case for the continuation of a union-free environment — a more family environment, if you will — and the other side presented their side. There were union organizing efforts being made by internal and external people, and there was some interest in exploring a union, but after carefully considering the options, the drivers elected not to go with it.

Why were you not in support of the union?

I’m a supporter of the union movement, but in my judgment, it depends on where and when. I don’t have monolithic perspective on it, and I felt for our operation, we were better off without it and the employees agreed with me. I felt that having a union would, in a way, interfere with the way we were running things, which provided direct access between employees and management. The way the union would be set up, we could not have direct talks and negotiation with the employees. There would always have to be union representation.

With Cafe Réveille, the All-Day Cafe Arrives in Berkeley