Few industries have endured a larger downturn than restaurants, hotels, and attractions. But by thinking hard about their offerings, this can be overcome. 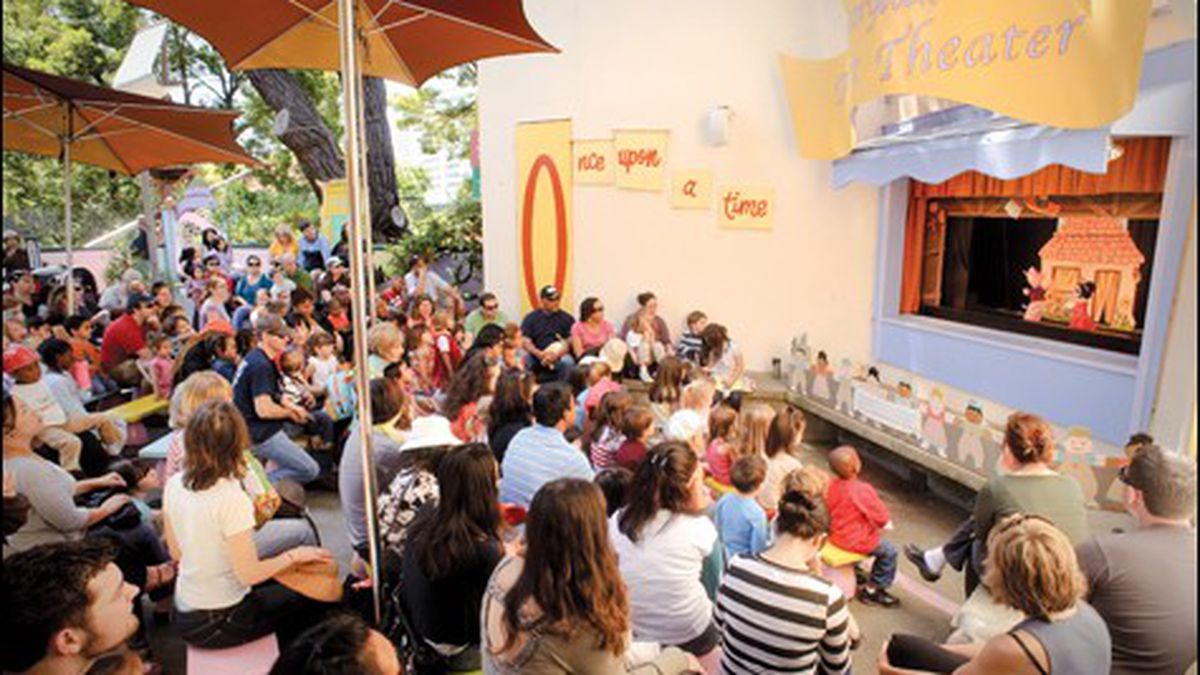 The economy has been poor for several years now, but over at Children’s Fairyland, C.J. Hirschfield is doing all right. The Oakland kiddie park’s attendance is up, and Hirschfield and her crew have implemented a host of new, low-cost events to pull in some extra cash. Fairyland hasn’t had to make layoffs, she said. In fact, the park just expanded its schedule to five days a week.

Fairyland also has taken advantage of a host of free and low-cost social media outlets to keep itself in its customers’ consciousness. The park’s active Facebook page, for example, boasts more than 1,500 adherents, and Hirschfield plans to use it to promote an upcoming fund-raiser. “We’re using every tool available to us,” said Hirschfield, Fairyland’s executive director. “It seems to be working in terms of keeping us afloat.”

The punishing Great Recession that threw tens of thousands of people out of work locally and decimated the net worth of almost everyone else has forced people to curtail their spending on a host of non-essential items, including travel and dining. And that has forced local restaurants, hotels, and attractions to reduce costs, increase awareness, and find new ways to keep the customers coming.

Almost universally, they are emphasizing the value they offer for their customers’ more-limited dollars. And they are reaching out to both existing and new customers with a dizzying array of special events and offers, and by using social media tools that offer free and low-cost promotional opportunities.

Fairyland’s situation is not free of difficulty: Like many nonprofits, the park has suffered from dramatic declines in donations, which has pushed Hirschfield to work on growing “earned income.” But it has also been able to capitalize on the bad economy, which has forced many families that once traveled for fun to seek enjoyment locally instead.

“When belt-tightening happens, people see Fairyland for the value that it is,” she said, adding that the park offers family memberships for $75 a year. “For us, it all comes down to affordability.”

For Dan Dunn over at the Blackhawk Museum in Danville, the economy has been a dual-edged sword. He has also seen his annual attendance of about 62,000 remain steady as people who are forgoing travel seek entertainment in their own backyards. But donations to the museum — and private, after-hours events, a key revenue stream for his and other museums — have both declined.

Dunn said he has responded to those challenges by trimming energy and employee costs. He no longer has employees working on days the museum is closed — and on those days, he can turn the lights off, too.

Randall Ramian, chief executive officer of the USS Hornet museum in Alameda, has responded to the economy’s challenges — and the challenges of his out-of-the-way location, the long-shuttered Naval Air Station Alameda — by hiring a business development director to reach out to potential visitors, including schools, Scouts, and church groups. Ramian said he also is positioning the floating museum as a unique place where people can hold retreats and other events. “It’s a nice venue for organizations to do meetings they’d usually do at a hotel,” he said.

Hotels and restaurants have been hit harder by the recessions. The Atlas Hospitality Group, an Irvine-based company that specializes in selling California hotels, recently reported a 27.4 percent increase in the number of California hotels that have been foreclosed on, from 62 in the final quarter of 2009 to 79 in the first quarter of this year.

Some 106 Bay Area hotels have been foreclosed on or are in default of their mortgage, including 32 in Alameda and Contra Costa counties, the Atlas report says. And they believe the total number of California hotels in trouble is much higher than their report shows.

Atlas’ Alan Reay attributed the troubles to unemployment and cutbacks to business travel that have forced almost unprecedented declines in hotel rates. “We haven’t seen declines like that since 1932 — the Great Depression,” Reay said.

To combat the slide, he said hotels are offering rock-bottom rates or specials, allowing customers to pay for two nights and stay a third night free. They are also cutting expenses as much as possible.

Executive Director Manette Belliveau of the Oakland Convention & Visitors Bureau said she’s working with the city’s hotels to help them think about what makes them — and Oakland — unique. The bureau’s web site offers Oaksterdam hotel specials, an effort they undertook after learning that Oaksterdam University was bringing in 5,000 out-of-town visitors a year and didn’t know what hotels to send them to. And Belliveau and her colleagues are promoting “learning vacations” that would include a stay and, say, blacksmithing or glassblowing classes at the Crucible or cooking classes at Miette. “We’re trying to tie together things you can do in Oakland, and stay a couple of days,” Belliveau said.

The Convention & Visitors Bureau has not only documented the impacts on local hotels and attractions — it has faced the same problem itself. City leaders defunded the bureau in 2008 (it survived on reserves until voters okayed an increase in the city’s transit occupancy tax in July 2009), forcing its leaders to abandon their traditional advertising efforts. So they turned to Twitter and travel blogs to help get the good word out about Oakland.

“It made an immediate difference,” Belliveau said, noting that the bureau’s efforts attracted the attention of freelance writers who were interested in penning pieces about Oakland.

Restaurants also have been hard-hit, said Kevin Westlye, executive director of the Golden Gate Restaurant Association, which represents more than 800 Bay Area restaurants. He said Bay Area restaurants saw their sales drop by 10 percent in 2008 and another 10 percent in 2009, as the economy took a tailspin and then job loss and expense account reductions followed. Meanwhile, food costs increased on shortages of wheat, corn, and rice, he said.

“Chefs have to get more creative to make affordable food,” Westlye said.

Restaurants are hard-pressed to discount their meals, due both to their limited profit margins and to the impact cutting prices could have on their credibility, he said. So instead, many are cutting employee costs. A recent association survey found that restaurants had cut staff by nearly 11 percent, he said, with 75 percent of the participants reducing positions. All the respondents said they had cut employee hours.

“[Owners] may have done well enough not to work the floor, but now they’re out there five to six days a week,” Westlye said.

In addition to cutting costs, restaurants have been offering a host of meal specials intended to meet diners’ desire for value and their need to pinch pennies. And they are hosting special events like prix-fixe three- and four-course wine dinners and meals prepared by guest chefs, in an effort to lure in new customers.

Alameda’s Speisekammer Restaurant, for example, offers a “Recession Menu” with half-portions of their popular German dishes at a reduced price. The Lake Chalet Seafood Bar & Grill in Oakland offers specials like Taco Tuesdays, with $2.50 tacos and $3 pints of beer; and Crab Fridays, with a host of crab dishes. As an added bonus, they’ve got gondola rides.

Pasta Pomodoro, an Italian restaurant chain with 22 eateries in Bay Area locations including Oakland, Emeryville, and El Cerrito, began hosting a family meal night in April. On Monday nights, the restaurant serves its “Cena di Familia” meal — a salad, pasta, and dessert that serves up to four people — for just $35.

“People are looking for great value in the world we live in today. But they still want to enjoy what they’ve always enjoyed,” said Matt Janopaul, the chain’s new co-owner and chief executive officer.

The restaurant also is offering free meals for children on Tuesday nights. And it has upgraded its menu to include organic juices and milk, whole wheat pizza dough, and local, organic meat and greens — and the information they offer customers about what they’re eating and where it came from. “We can say they get a great value, with healthier food, from purveyors they know and trust,” Janopaul said.

BayWolf chef and founding owner Michael Wild, who opened his restaurant in 1975, said the current economic conditions are challenging. Business is unpredictable, and costs are going up. Meanwhile, the amount of money people are spending has decreased “a little bit” in the past year, he said.

As a result, BayWolf has begun hosting special, prix-fixe dinners each month, something Wild said the restaurant has never done before. The three- to four-course wine dinners — and an upcoming beer dinner featuring specialty beermakers — are offered for between $65 and $85 a person. And they expose new audiences to the restaurant, he said. “It’s always a lot of extra work for us,” Wild said. “But we do it for the business.”

He said the restaurant was slow to get online and to use social marketing tools, but that it has since embraced the trend. “Our presence is very different there from what it was a year ago,” Wild said.

Despite all the challenges and uncertainty, Wild believes people will always look for a good value, regardless of the times. And the latest economic indicators show the tide may finally be turning.

“From my point of view, I’m always going to think that high quality at a good value are what make the wheels turn around,” Wild said. “If you have good food at a good price in an attractive space, that’s a formula that never goes out of style.”