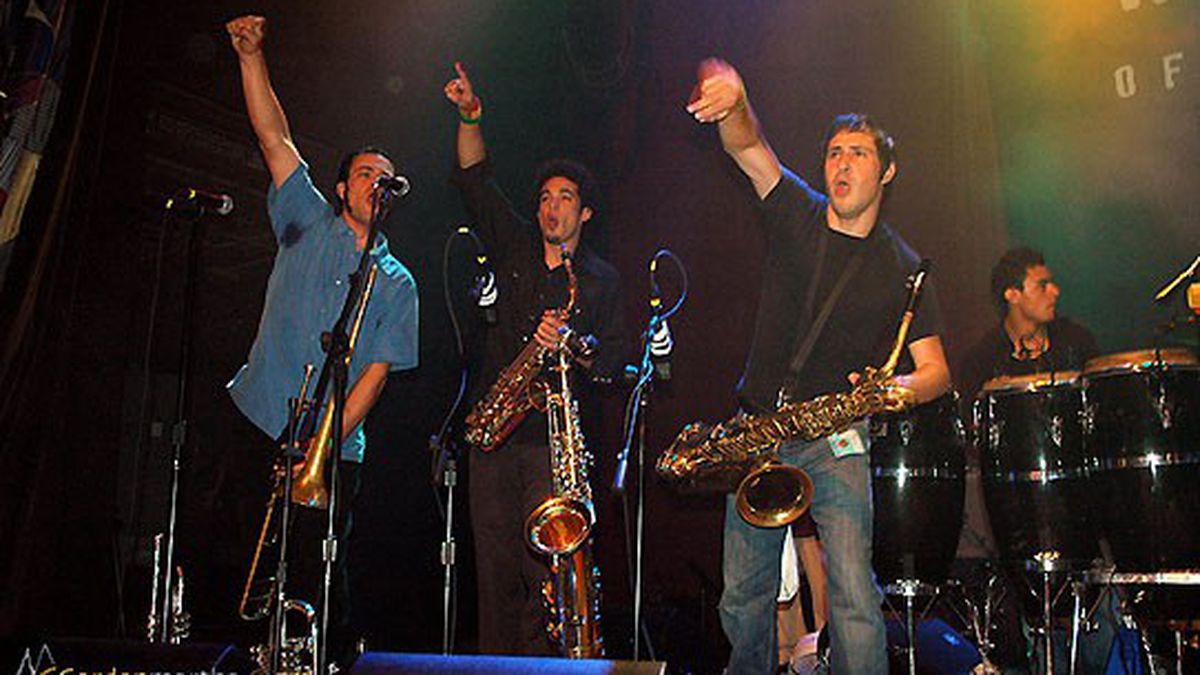 Reporter at Large In Mendocino; Live Show Review: B- Side Players

The Caspar Inn is a small and secluded oceanside hotel that could easily be mistaken for a Lynch set. All of the signifiers were in place: 1) wooded interior with dark red lighting; 2) creepy local types who use the word “fuck and shit” as if they were compliments; 3) an attractive bartender who eerily looks like Laura Palmer; 4) patrons who make sexual remarks to the bartender, who then ignores these comments coolly and serves pints as if she was serving them to flies on her window sill; 5) walls filled with taxidermy of every sort — bear-buffalo-antelope-deer, who stare out of their shadows with menacing blank expressions.

Yet as the band sets up, something very strange occurs. As if out of nowhere, a whole troupe of dreadlocked locals descends onto the dancefloor, emitting a potent odor of dank herbs and patchouli oil. Most of these neo-hippies are women, and they are obviously there to see the cool repose of Chicano lead singer Karlos Paez.
The band launched its set with a cover of Bob Marley’s “Could You Be Loved,” saturating it with a cumbia jazz riff that got the troupe dancing around an imaginary fire to a song they’ve heard more than ten thousand times. Sarcasm aside, the next hour proved what all the fuss was about. The B-Side Players expertly moved between jazz, cumbia, reggae, salsa, Afrobeat, and hip hop without missing a step. During these musical acrobatics, the bass and the percussion stayed in the Latin-funk pocket; the horns belted out harmonies via Tito Puente, the keys rode the Herbie Hancock wave, and the lead singer crooned like a whiskey-soaked bat out of a Jodorowsky film.

During the band’s performance, the dancefloor was a sea of movers and shakers, including a couple that busted out into full-force salsa dance mode. Not bad for a Thursday night in the middle of nowhere-land. As the night was drawing to a close and the patrons were slamming down their last-call tequila shots, Karlos announced: “We just signed a new album on Concord Picante. They signed us to generate some interest amongst the youth just like Blue Note did with Madlib and Soulive.” These guys have been nominated “Best World Act” from the San Diego Music Awards for four years in a row, and from what the night displayed there is no doubt that they are poised to make things happen in 2007. — Oscar Medina