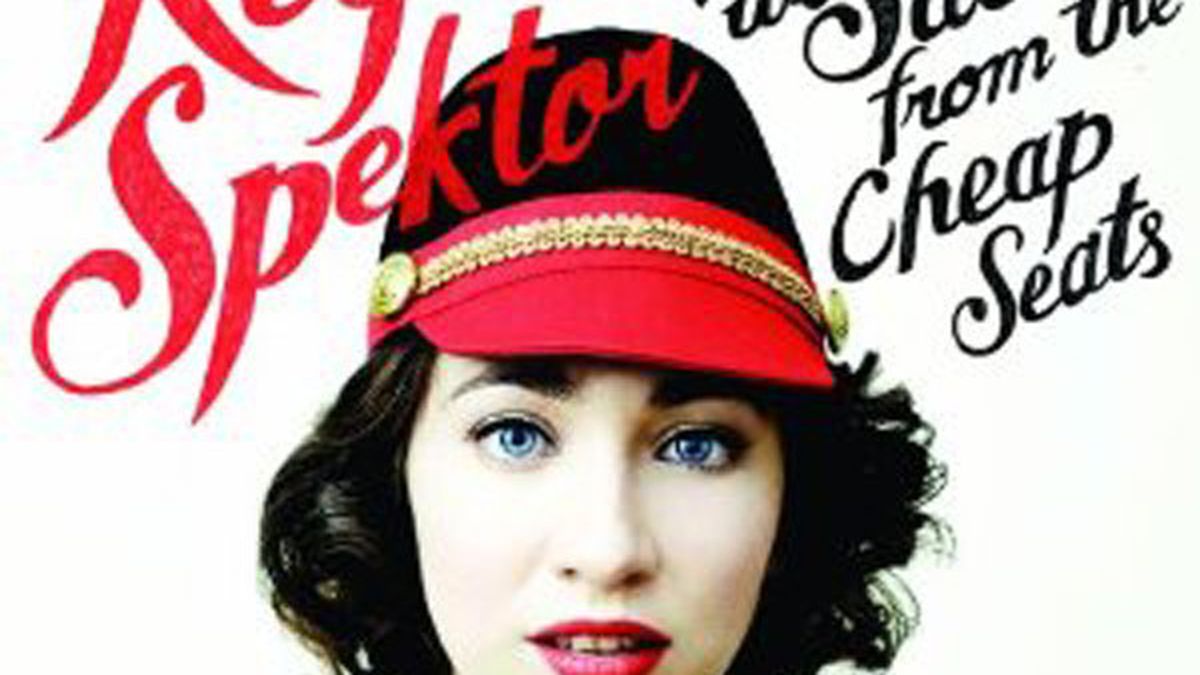 What We Saw from the Cheap Seats

The most shocking thing on Regina Spektor’s sixth album happens just about a minute and a half into “Small Town Moon,” the very first song on the record, and it happens suddenly: guitars, thrashing and squealing and stomping for about thirty seconds, before the song abruptly returns to whence it came, into a tinkling, slightly twee piano ballad.

Only for Spektor would the presence of basically the most common instrument in pop music be considered a departure, and, yes, Cheap Seats sounds, all together, a lot like Spektor’s previous five releases: unaccountably charming, slightly oddball, overwhelmingly pleasant, and largely piano-driven pop, the kind of stuff that gets played at dinner parties and cute cafes and appears on the soundtracks of romantic comedies of the smarter, indier persuasion. All the signatures are here on Cheap Seats: the glottal stops and goofy fake-Italian accent on “Oh, Marcello”; the elongated vowel sounds, at turns spiky and sad, on “How”; the skittering arrangement and lyrical obsession with fine art on “All the Rowboats.” And then, of course, that voice: wobbly, pliable, singular, magnificent, same as it ever was.

So, really, there’s two ways to look at Cheap Seats: On the one hand, it sticks largely to form (save for the aforementioned guitars, a few very well-executed horn parts, and a couple particularly adventurous arrangements), and Spektor doesn’t appear to be making any effort at changing that. But at the same time: Why would we want her to? (Sire)