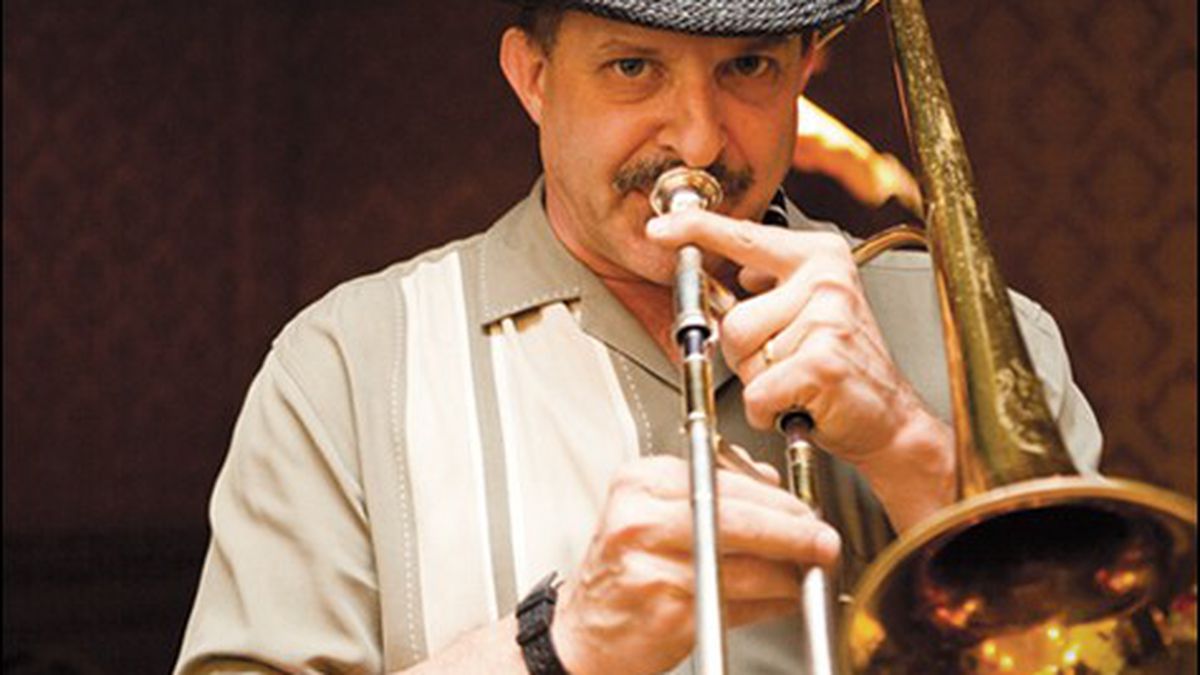 Redevelopment in Downtown Oakland Comes with a Soundtrack

New cafes and bars in Oakland incorporate live music into their repertoire.

Just a few years ago, downtown Oakland was practically a ghost town for nightlife. Except for a few dance clubs in Jack London Square, the area’s reliable venues for live music were largely limited to the Stork Club, The Uptown, and Yoshi’s. But with the addition of the Fox Theater, The New Parish, and a wave of restaurants and bars opening in the district, all of a sudden the scene has become a lot friendlier to live music.

The newest edition comes Saturday, October 30, when Disco Volante celebrates its grand opening at 347 14th Street. Originally slated to be named Vitus, the Art Deco venue will hold live music in an “intimate setting” Thursday through Sunday initially, with the long-term goal of having a nightly schedule, said Damon Gallagher, one of the business’ five co-owners, who also leads local band Damon & the Heathens.

Despite what the name Disco Volante conjures up, Gallagher said DJs will likely not be part of the mix, unless they’re spinning vinyl. (The name means “Flying Saucer” in Spanish.) “We’re kind of shaping it to what we want,” he said, adding that many of his punk rock friends were leaving “threatening” messages when they heard the name. “It’s not disco,” he clarified. “We’re doing it exactly our way with what we think we would enjoy and trying to bring this old building back to life. … It is a risk because we’re not going by formula.”

As far as booking, Gallagher said the mix will be eclectic. “It won’t be standard booking,” he said. “We’re booking everything from twelve-piece Afrobeat bands to Japanese girls that do rockabilly and jazz legends that are still alive.”

Aiming to stay open until 2 a.m., the bar will also feature an affordable, foodie-worthy menu from Doug Bernstein, who was the executive chef at Bacar and also worked at Farallon and Eccolo.

Gallagher, who has been booking shows around town, said the idea for the venue has been floating around for a couple of years. “Honestly, a lot of it is that there’s not any place to play in downtown,” he said.

He also thinks a musician-friendly venue is sorely needed in the East Bay. “My experience in San Francisco has been very negative with club owners,” he said, citing problems with getting paid decently or at all, and being treated as respectfully as one would like. “On my part, as far as having a venue, there’s not a lot of places to play above-ground.”

While Disco Volante plans to host live music several nights a week, other bars are incorporating music on a peripheral basis. Travis Dutton, owner of Bar Three Fifty-Five near Lake Merritt, has hosted two shows since opening on August 20 and plans on hosting about a couple of live shows a month. “The room itself is pretty small so we’re pretty limited in what we want to bring in here,” he said. “A loud rock band would be hard for customers.” The 49-person-capacity bar’s next show will be on Halloween with Militant Children’s Hour. Depending on the act, most of the shows will be free, Dutton said, and there are tentative plans for live jazz every Tuesday night.

Other bars that have started to host live music include Era Art Bar & Lounge, Somar Bar & Lounge, and The Layover, which features a house band every Wednesday night.

For those seeking an alternative to the bar scene, Awaken Cafe‘s new, larger location in Frank Ogawa Plaza will provide a late-night cafe atmosphere for singer-songwriters and quieter acts. “Our intention from the beginning was to open something downtown that would be open long hours and be available to the downtown community, and would be a place that was the embodiment of what you think of as a community hub,” said owner/general manager Cortt Dunlap. Art — both visual and performance — is one part of catalyzing that sense of community, he said. After Awaken wasn’t able to expand in the vacant space around its old 14th Street location, as initially planned, Dunlap decided not to renew his lease and to seek a new landlord. The new landlord turned out to be the City of Oakland, which owns the space at 150 Frank Ogawa Plaza. The details of the lease are still being negotiated, but Dunlap expects to open in November with a coffee cart and then having all the permits to open the full space and serve beer and wine around the New Year.

The new space will be much bigger than the old location (2,000 square feet versus 300), and will accommodate a stage area. Dunlap anticipates having spoken-word or jazz during the day and more eclectic performances, such as vaudevillian or folkie singer-songwriters, at night. It depends on what type of cabaret license he gets, but Dunlap said he plans on the shows being free. “Our emphasis will be on quality over quantity,” he said. “If there’s something going on, you can count on it being interesting and of a high quality.”

Dunlap is still discussing his hours of operation with the city, but hopes to be open until 2 a.m. “We want to be open as late as other bars would be so we can provide an alternative,” he said, using the example of patrons who leave the Fox Theater after a show who don’t want to go into a dark bar but want a glass of wine or cup of tea in a “well-lit and friendly” space.

Awaken’s move is part of an effort to brand the area surrounding the intersection of Broadway and Telegraph as “Midtown.” The newly formed Midtown Arts District was “conceived as a distinct walk-able district within the First Friday art walk,” Dunlap said. It includes Somar, The Layover, The Den at the Fox, and Pro Arts Gallery, among others. “We hope to plan some street performance and music acts when we have some momentum going,” he said. “It’s in progress.”

The effect of all these new venues is a win-win for everyone, says Namane Mohlabane, co-owner of The New Parish. “I think the more venues there are doing more diverse booking, the more the local audience gets educated,” he said. “So what might be seen as competition, I see as an enhancement. While we may be competing for some of the same bands to perform at our venue as opposed to down the street, ultimately … the more great shows that happen on a regular basis in downtown Oakland, the more people will say I don’t have to go to San Francisco to see a good show. Once you get that synergy, people can just head downtown and know there’s something great.”

And it’s not just the businesses that benefit, he says. Musicians will get better, too. “When you do have a growth of spaces and places for local artists to perform you also raise the caliber of local performances so the artists have a space to work out what they’re doing and get better at performing onstage,” he continued. “I’ve definitely noticed a couple of communities of younger artists performing more and getting better. Hopefully with that comes a new wave of talent out of the area, which the Bay Area has always had every seven to ten years, a bubble of five or six acts or bands in different genres that blow up, and it’s been a few years. There is a next generation and hopefully they will be more talented and more powerful than the last.”