.Rebuilding an East Bay Manufacturing Base

With the collapse of the housing bubble, momentum shifts toward preservation of land suitable for light industry. 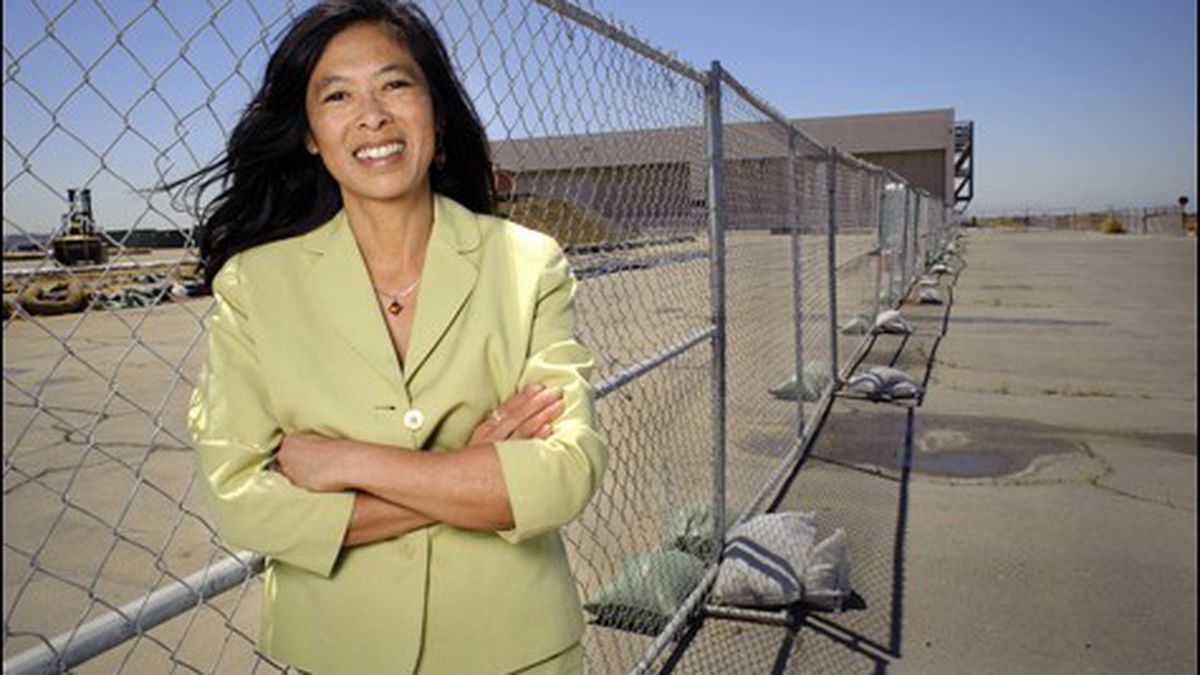 Mandela Parkway is ground zero for Oakland City Councilwoman Nancy Nadel‘s vision of maintaining an industrial base in Oakland. Amidst the tangled patch of homes and hulking brick and tin buildings that line the well-manicured street and its neighbors, she believes her efforts to preserve land that could be populated with new industrial uses and the jobs they’ll bring are beginning to bear fruit.

The old Carnation plant at the corner of Mandela Parkway and 14th Street has been revitalized as a new space, housing dishwasher maker Auto-Chlor System, with others to come. Among those who have considered being part of the rebirth, Nadel said, are Children’s Hospital and The California Endowment.

“We have a lot of interest,” said the councilwoman, who helped craft city policies that saved hundreds of acres of industrial land from being gobbled by housing developers. Nadel believes that Oakland has a lot to offer in the form of proximity to suppliers, an airport, the Port of Oakland, and the Bay Bridge.

The city is set to embark on a two-year visioning process to work out what to do with West Oakland’s industrial sites. Nadel’s own vision jettisons old uses like steel plants and plating companies for new ones like biotech, food production, and fashion, which she hopes will be better neighbors than their predecessors.

“It’s going to be different industries,” she said.

Manufacturing in the United States has been on the decline for the last decade, a slide that has been mirrored in California. But policymakers across the East Bay are hopeful they can start bringing those jobs back. They’re working to preserve old industrial sites to provide homes for new industries like clean technology, and they are banding together to lower some of the hurdles that have driven manufacturing jobs out of the region and state.

“One of the challenges we’ve had here in the region a long time is that we’re great at the entrepreneurial side, and the R&D side,” said Sean Randolph, president and chief executive officer of the Bay Area Council Economic Institute. “But capturing the full value of that early investment, we’re not so good at.”

Still, Randolph notes that the region has experienced some successes in retaining manufacturing jobs as of late, including Bayer‘s decision to locate a new plant in Berkeley and a much-ballyhooed deal between electric carmaker Tesla Motors and Toyota to keep at least a portion of Fremont’s New United Motor Manufacturing, Inc. plant in use.

State land-use policy has long favored housing over job creation, and the housing boom created an intense economic imperative to build homes on top of old industrial sites, which were a cheap source of land. But now that the market has cooled, some cities are heading in the opposite direction.

Alameda is in the process of deciding how to redevelop its former Naval Air Station. City leaders had once favored building a mixed-use development there with more than 4,800 homes. But now, some are saying they’d like to see some light industry return.

“I think it’s a growing market,” Alameda City Councilman Frank Matarrese said. “We can get startups, midlevel manufacturers, or small manufacturers. We can fill that niche.”

Matarrese is hoping to build on existing industries that are leasing space out at Alameda Point, which include maritime uses and wine and specialty beverages produced by St. George Spirits and Rock Wall Wine Company.

The city has a blueprint for that model in its Harbor Bay Business Park, which is home to medical device makers Abbott Diabetes Care and catheter makers Penumbra, and a burgeoning food industry that includes Semifreddi’s bakery, Donsuemor cookies, and Peet’s Coffee & Tea.

The business park offers good road access for trucks and a buffer between businesses and homeowners who often aren’t thrilled with the idea of trucks rumbling down residential streets at 3 a.m. And city officials shut down an effort by a local developer to build houses on land that would have brought an existing residential neighborhood closer to businesses, out of concern that resident complaints could drive those businesses away.

Nadel said she’s hoping that Oakland’s visioning efforts will offer the chance to undo what she calls the “patchwork” of zoning that has parked industry next to homes.

The truck traffic created by industrial uses has caused high levels of asthma in West Oakland’s children, she said. “I really felt we needed to do better planning than we did in the past,” she said.

For example, one recycling plant backs up to Cole Middle School on Union Street. And the block-long American Steel building, which now houses an art studio, sits across Mandela Parkway from several blocks of houses. But newer condos and apartments are set as bookends to the old industrial monoliths, at either end of Mandela.

In addition to their individual efforts, cities are banding together to make a regional play for new manufacturing jobs. Eight East Bay cities, several colleges and universities, and the Lawrence Berkeley Laboratory have teamed up to form the East Bay Green Corridor partnership, which they hope will provide a bridge between academic research and development efforts and the manufacturing and production of their discoveries.

“We’re applying a ‘cradle to scale’ strategy for green business growth, taking a targeted approach with economic development directors and the real estate community to match space needs with land parcels in the Green Corridor,” said Carla Din, the partnership’s director. “The more value we can place on industrial lands for things like clean-tech manufacturing and demonstrate their potential to create long-term, high-quality jobs in high-growth sectors, the more likely it will be retained.”

Din noted that San Leandro has retained 90 percent of its industrial lands, and that much of the “clean technology” the partnership is working to bring here requires space for light manufacturing and assembly.

Randolph said the Bay Area has lots to offer manufacturers: a huge market, a strong research and development base, and good connectivity to the rest of the world. But he also noted that California imposes costs that other states don’t, like a tax on manufacturing equipment, and more regulations than other states. Those cost factors, coupled with higher productivity and efforts to move manufacturing bases closer to customers here and overseas, have reduced the number of manufacturing jobs in California, Randolph said.

Still, the Bay Area is seeing some industry clusters emerge, including biofuels here in the East Bay and a “small but real” solar generation cluster in the South Bay. And he believes that other industries could produce manufacturing jobs locally if the price, availability of land and workers, and other conditions are right. “There needs to be some real thinking about what would be compelling to have it done here,” Randolph said.

Berkeley’s success in winning the Bayer plant could prove a case study for those efforts. The company, which already had a manufacturing base in Berkeley, was looking to build a space to manufacture the blood coagulate Kogenate. And it was considering whether it made sense to set up shop in a lower-cost area, recalled Michael Caplan, Berkeley’s economic development manager.

Then Berkeley worked with the state, Pacific Gas & Electric, the East Bay Economic Development Alliance, and others to put together a package of incentives to entice Bayer to set up its new plant in Berkeley — along with its 1,600 jobs and millions of dollars in tax revenue. Caplan won the okay of city leaders in Oakland to extend that city’s enterprise zone, earning Bayer state tax and hiring credits. The utility also offered concessions. Bayer now is Berkeley’s largest private sector employer.

Caplan said the group effort was an outgrowth of the Green Corridor partnership’s efforts. “What we’ve done is begin to talk to each other about a whole range of policy and program missions, and this was another way for us to do that,” he said.

Of course, UC Berkeley and Lawrence Berkeley Lab have a pipeline of new technologies, and Caplan said that several new large-scale research institutes are in the works. And as those efforts “scale up,” they could make their way along the hoped-for Green Corridor, dropping a wealth of new, green jobs in their wake.

“It’ll be an interesting thing, if we can build out an industrial paradigm around green businesses, green industry,” Caplan said.