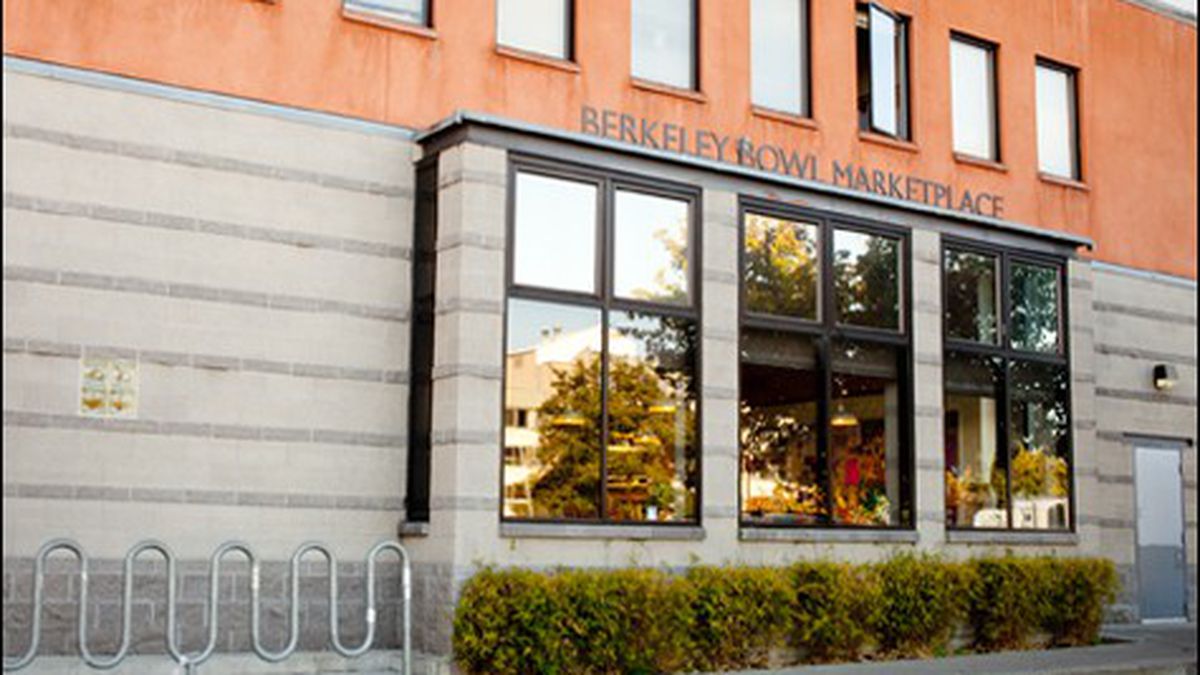 In a surprising vote, employees at Berkeley's iconic grocery story decide to oust their union after management allegedly blamed poor benefits on a union contract.

Councilman Max Anderson calls Berkeley a union town. But that apparently no longer applies to Berkeley Bowl, a foodie mecca known for its fresh produce, organics, and ready-to-eat fare. Last week, employees of the beloved grocery store voted to oust the United Food and Commercial Workers Local 5, thereby slashing some 200 workers from the city’s unionized workforce.

Losing the vote took union shop steward James Livingston by surprise. Standing among grim-faced colleagues on the sidewalk in front of the Oregon Street store on June 23, Livingston reported the 99 to 74 vote to the Express. “I don’t know — I thought we had it — I just don’t know,” he said.But in a phone interview a few days later, Livingston was decidedly upbeat. He said decertification wouldn’t stop the organizing efforts. In fact, he said, workers are already making plans with the community and allies on the city council to create an informal “Berkeley Bowl watchdog” group that will be in place when a new union election is held next year. He also said that employees are talking about going to court to challenge 14 counts of alleged interference in the decertification campaign by Berkeley Bowl management.

But store management maintains that the decertification vote, overseen by the National Labor Relations Board, reflects employee opinion. “The company is pleased with the results of the election,” store manager David Craib said in a brief in-store interview, just minutes after the votes were tabulated. “Their voices have been heard. This is their decision. They’ve made it clear.”

Pro-union Berkeley Bowl workers and Local 5 officials contend, however, that management pressured employees to vote for decertification. “They held ‘captive-audience’ and one-on-one meetings; they were trashing the union,” said Local 5 spokesman Mike Henneberry, alleging that the bowl hired a “union buster” to run the decertification campaign. “It was a management-driven anti-union campaign,” added Lajos Balazs, another union steward at the Bowl.

Craib declined to respond to charges leveled at management. But some employees said management was clearly pleased with the workers’ decision to de-unionize. Two employees, who spoke anonymously for fear of retribution, said that on Thursday, the day after the vote, managers toasted themselves with champagne in one of the store’s offices.

In 2003, the United Food and Commercial Workers lost a vote to establish the union, but the National Labor Relations Board ruled that management had engaged in unfair labor practices and imposed the union. “That was a Bush-appointed NLRB!” Councilman Anderson noted. The employees then approved a union contract.

Jason Lee, a produce department employee who led the decertification campaign, did not respond to numerous calls for comment. But Friday afternoon, two days after the election, one employee, who had voted to decertify the union, said he was willing to talk on the condition of anonymity. As he was taking a coffee and smoke break outside of the Bowl, he said he supported decertification because the workers didn’t get what they paid for in union dues and fees, which amount to more than $50 every month. “I’ve got to pay rent,” he said.

He said that under the union contract, workers have to wait three years to get health and dental benefits. “Where my dad works, he got benefits after six months,” he said. “Why pay extra money for bad negotiations?” As for job protection, this worker said he doesn’t need the union. “My job’s safe,” he said. “I know my rights.”

Livingston didn’t quibble about the benefit package being a bad deal, but blamed bowl management for intransigence during contract negotiations with the union — a contract that union employees approved at the time. Livingston also said that management treated workers better at the year-old, non-unionized Berkeley Bowl West, fostering resentment among employees at the original store. “They gave [better benefits] to them at the new store,” he said. Management dubbed the better benefits there the “Berkeley Bowl plan,” telling workers that the union was responsible for the inadequate benefit package at the Oregon Street store, Livingston said. Management, he said, used the difference between the two benefit packages to convince workers that the union wasn’t working for them.

Shop steward Balazs said the union contract expanded the pay scale, added paid holidays, and increased vacation time. He said the contract protected jobs, mandating “progressive discipline,” where management must provide for opportunities to employees to improve before firing them. When the union contract expires, employees will revert to the at-will status they had before 2005. “Before, there were a lot of firings,” Balazs said. He also said management used the difficult economy to turn the workers against the union. “They would say, ‘instead of paying union dues, your money will go into a 401(k) account,'” he said.

Community activist Harry Brill, who organized a rally of some thirty people at the store in favor of the union a few days before the decertification vote, said he feared a “bloodbath,” retaliation against those who fought for the union. Local 5’s Henneberry said the union will continue to stand up for the union activists. “We’ll monitor how they are treated and make sure no one is signaled out for discipline,” he said. Brill said the decertification is likely part of a nationwide downward trend in union membership and a function of the worsening economy, where people fear if they lose a job, they won’t find another one.

As it has many times in the past — such as in the Berkeley Honda, Claremont Hotel, and UC Berkeley labor disputes — the Berkeley City Council weighed in on the side of the union. It passed a resolution 8-0-1 on June 22, with Councilman Gordon Wozniak abstaining, to “oppose Berkeley Bowl’s management’s effort to reduce employee benefits and management’s efforts to decertify the union.” The strongly-worded resolution was co-sponsored by Councilmen Anderson, Jesse Arreguin, Kriss Worthington, and Darryl Moore, and said, in part: “the Berkeley Bowl is engaging in classic anti-union activity including firing, threats and coercion, which mirror the worst union-busting tactics, in an effort to deny employees’ ability to have a fair voice in the conditions of their employment. …”Anderson said he was concerned about what had been described to him as meetings held by management where employees were a “captive audience” to an anti-union message. “The role of the owners has always been to resist unionization,” Anderson said.

The decertification vote doesn’t just affect the 200 workers at the Oregon Street store, but also will impact the 200 or so employees at Berkeley Bowl West, union steward Livingston noted. Had the union won the decertification vote, it would have stepped up efforts to unionize the second store, he said. Most the other large grocery stores in Berkeley are union. They include Andronico’s three stores and Safeway. Whole Foods Market and the new Berkeley Trader Joe’s are nonunion.

Brill, who organized the pro-union rally at the bowl two days before the vote, said the union should have come to the community for support earlier. “They have to pursue a different strategy,” Brill said, arguing that progressive movements don’t advance when groups work in isolation. The union had asked Brill to organize the rally. He also helped organize the East Bay Labor and Community Coalition, which grew out of community support for the workers in a 2005 labor dispute at Berkeley Honda. Livingston said organizers plan to pursue that approach — building the union-community alliance.

And it appears — at least from a very small sampling of customers at the bowl — that such a grouping could have community support. On Friday, this newspaper talked to a half-dozen shoppers outside the Oregon Street store. Most expressed concern about the decertification, although none knew about it.

The five-year union contract at the bowl will remain in force until July 31. At that point, store employees will no longer be represented by the union.

Magic in the Moonlight