.Raw: There Will Be Blood 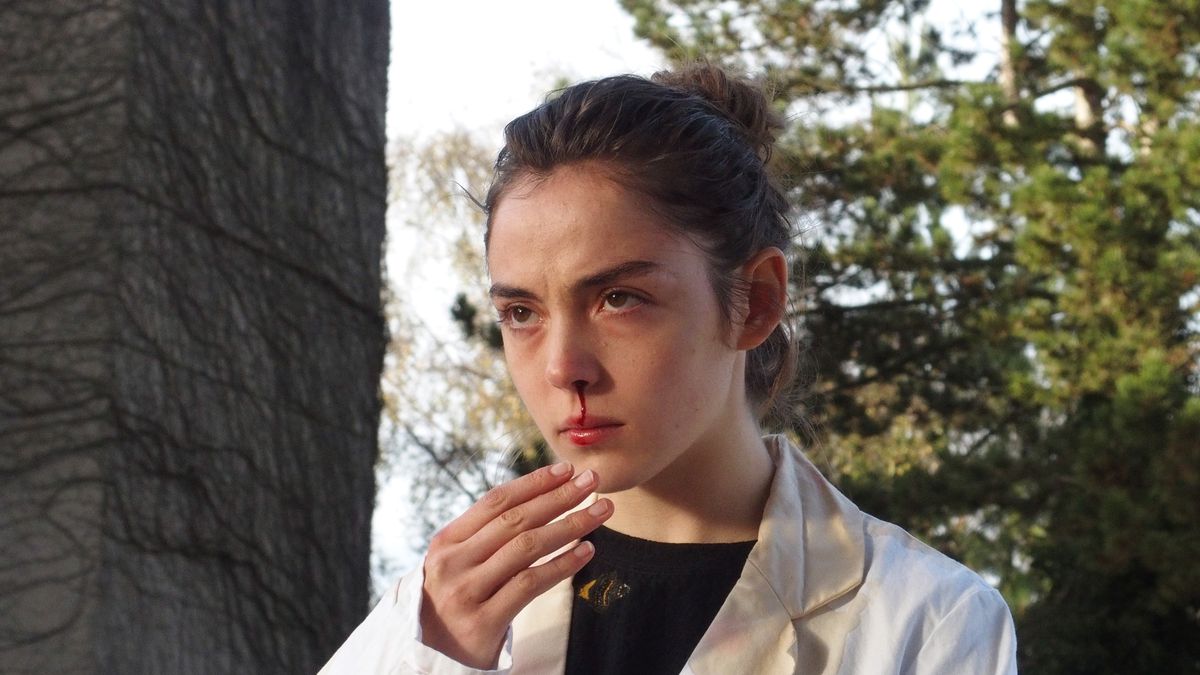 A young French woman goes to a college of veterinary medicine and becomes a cannibal. Hmm, sounds promising. It gets better: The young woman, in common with the rest of her family, is a confirmed vegetarian. That’s the setup for Julia Ducournau’s Raw, and we wish the movie had lived up to its potential. But it does make a few, uh, stabs in the right direction.

Justine — played with a fetching sense of wounded innocence by Garance Marillier — runs into an over-the-top amount of old-boy-and-girl hazing toward the “rookies” at the animal-doctor school – most of it involving animal body parts and frenzied alcohol consumption. Luckily she has her older sister Alex (Ella Rumpf) and a friendly bisexual guy named Adrien (Rabah Naït Oufella) to fall back on. Or maybe not so luckily. Justine develops an ugly skin rash, after which she starts to get a strange craving for red meat. The girl can’t help it.Writer-director Ducournau lays on the gross-out imagery thickly. The “Brazilian bikini” depilatory scene calls for a squeamish alert. Body-shaming and party-time brutality run rampant.

Inside this lurid wrapper is a fittingly un-subtle suggestion that eating the bodies of other living creatures is a bad idea. For that, Ducournau earns full marks. Otherwise it’s the shocker-topper game of escalating grotesquery in the service of a fairly routine coming-of-age yarn – with a twist. Ducournau’s school-days guignol, with all its faults, is still more intelligent and provocative than ninety percent of the junk out there – pretty much what we’d expect from the feature debut of the maker of a short called It’s Not a Cowboy Movie, in which French teenagers discuss Brokeback Mountain.

Previous ArticleDon’t Kill the Cannabis Industry Before it Starts