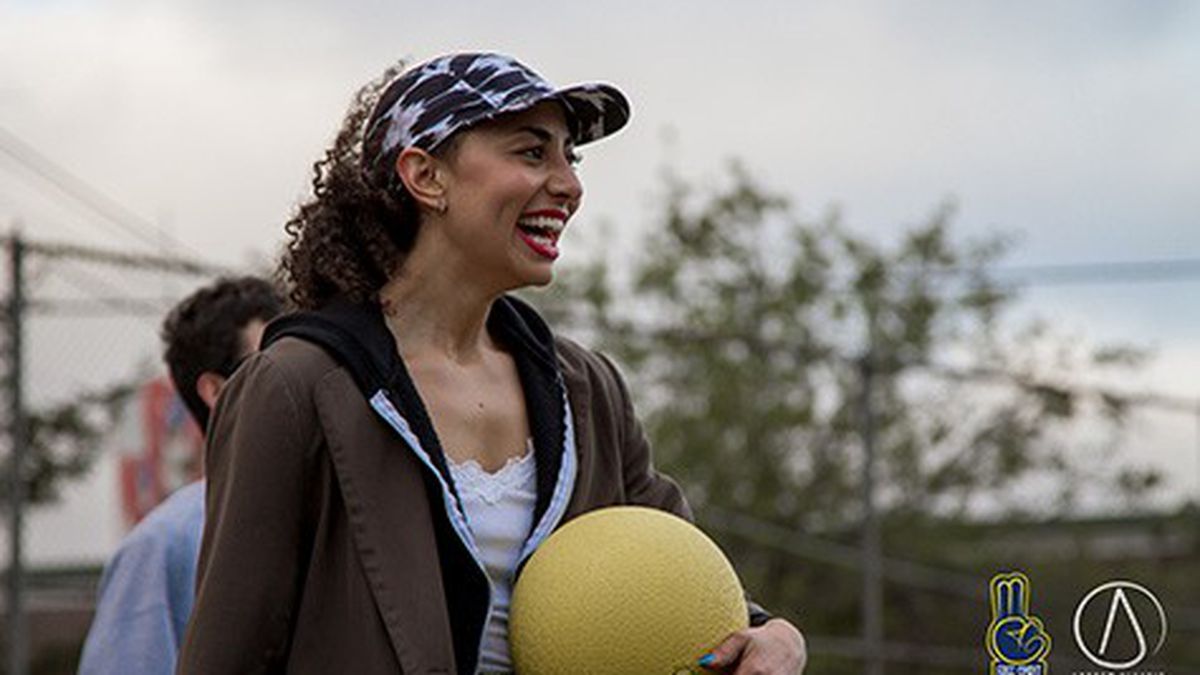 'It's a good time. It's adults acting like kids.'

Oakland rapper Beejus isn’t afraid to be silly. FreeSpirit, the slogan he puts on virtually everything he does, is emblematic of his commitment to spontaneity, authenticity and working hard without taking yourself too seriously — messages that resonate in his music, too. So it makes sense that he teamed up with friend, local fitness instructor and artist Sheena Fuson for a weekly game of dodgeball.

Taking place on Sunday nights from 7-10 p.m. in Athol Park Plaza, the event is a series that starts June 12 and continues throughout summer. Last year was the inaugural season FreeSpirit Dodgeball, and this year’s edition promises to be similarly low-key and informal. At least twenty folks, mostly in their twenties and thirties, played each week last summer, and dozens of people of all ages came out to watch, share potluck eats, or play music on their portable speakers.

Beejus advised that the dodgeball games are too aggressive for young kids, but he added that little ones are welcome to come hang on the sidelines if their parents want to get in the action.

“It’s a good time. It’s adults acting like kids,” said Beejus, who has an eight-year-old daughter. “There were times we’d have Hula-Hoops and jump rope. One Sunday, we created this game of capture the flag on the tennis court. … It’s a fun time for adults to come out and have a little recess, be recreational and get a workout at the same time.”

Beejus explained that FreeSpirit Dodgeball is an extension of Fuson’s other projects, which get the community active in creative ways, such as the interactive games she hosted at Frank Ogawa Plaza during Super Bowl weekend last year. These included a light-up basketball court and other activities. And since dodgeball is a game most of us played in elementary school and not an official “Sport” with a capital S, FreeSpirit Dodgeball is an inclusive and fun way to get moving, especially for those who might be too intimidated to join a game of pickup soccer or basketball.

“There’s no pressure. The only pressure you have is not to get hit,” Beejus said, laughing.

One of the most gratifying things about participating in playground games as an adult is that it allows participants to tap into their inner child and let loose in a healthy way.

“In my life, it’s one of the most important things,” Beejus explained. “As adults, we don’t have that many chances to have fun. A lot of people are so serious in this world. It’s a chance for people to let go of negativity and being offended all the time and unwind without worrying about being drunk or high.