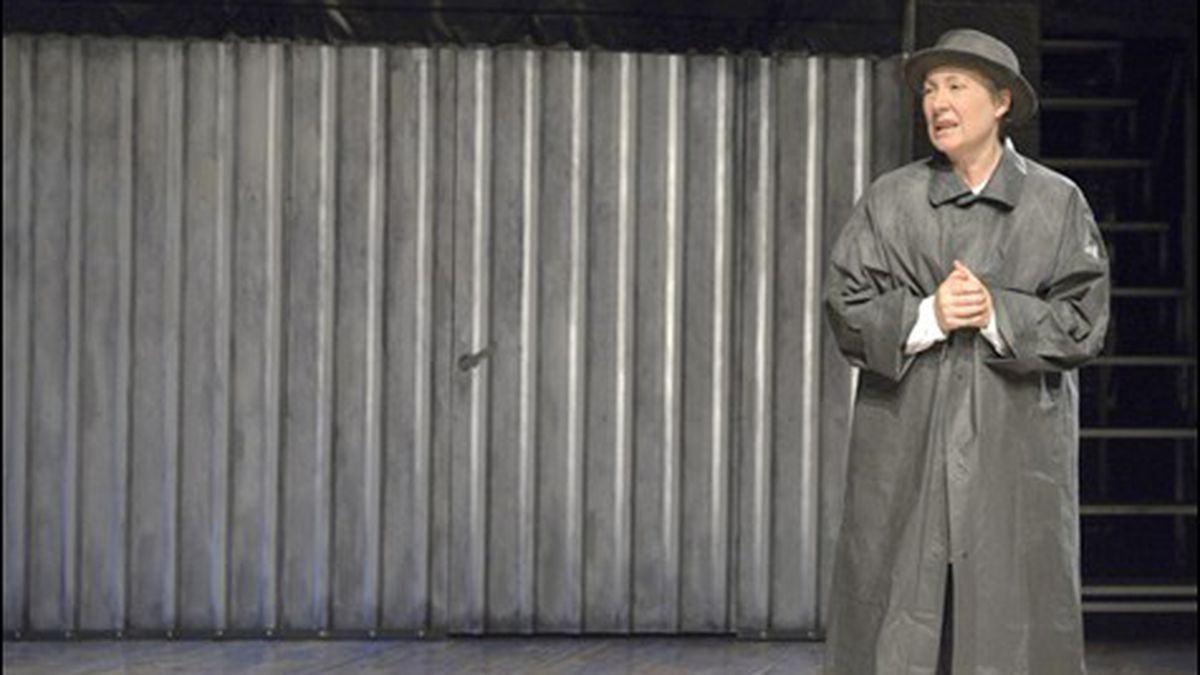 Director Mark Wing-Davey’s initial stroke of genius was to start with one of Shakespeare’s worst plays. At least the general critical consensus for the past four centuries has been that Pericles, Prince of Tyre is sort of a disaster. In fact, it was probably written only half by Shakespeare and half by George Wilkins — a victualler, pamphleteer, and pimp, in addition to mediocre dramatist. And the play is a spectacular mess of exotic royal incest, pirate kidnappers, attempted murder, and witchy resurrection.

In short, Pericles (now playing at the Berkeley Rep) is a spring of grade-A melodrama and, being rarely staged, a relatively untapped one — free of the weighty audience expectations that come part and parcel with most Shakespeare plays. What this meant for Wing-Davey, a wildcard English director known to draw on hip-hop trends and neuroscience scholarship alike in his fearless recontextualizations of classic plays, was boundless possibility.

The production’s ensemble of eight play a multitude of roles, chiefly revolving around the story of Pericles (David Barlow), an oft-shipwrecked prince who undergoes a series of emotionally racking reversals of fortune that include losing and then improbably reuniting with his wife and daughter, who themselves wind up in some fantastically tight spots in the meantime.

A trio of musicians sits on a raised level set behind the main stage area, scoring the play with a brilliantly enchanting and eclectically instrumented composition by Marc Gwinn. They occasionally interact with the players. There is no fourth wall to break, as scenic designers Peter Ksander and Douglas Stein literally do away with the artifice of a stage backdrop, leaving Berkeley Rep’s backstage bricks plainly exposed.

Indeed, Ksander and Stein have created an exemplary modern set, accommodating both the production’s dramatic and spectacularly cinematic turns. Utilitarian gray and mostly empty, it all but recedes as the actors command the audience’s attention (decked out in Meg Neville’s fabulous set of costumes anachronistically spanning Elizabethan attire; minimalist mod; and African, hip-hop-inspired regalia, they make for enough of a sight in themselves), only to occasionally reveal a spectacular surprise. In one turbulent change of scene, a scandalously springy marriage bed becomes a storm-tossed ship, which the play’s chorus (Anita Carey), playing the role of Mother Nature, blasts with a fire hose to simulate the pounding rain.

Although never risk-averse, Pericles is not reckless. Every outlandish artistic decision — for instance, eschewing Shakespeare’s verse from time to time by having the actors, masked with dollar-store paper plates, silently mime the dramatic event instead — feels reasoned. There are definitely whiffs of drama-school pretention, but Wing-Davey traverses the terrain with a self-assured insouciance that renders them endearing. Moreover, in doing so he manages to stamp out the stuffiness that always threatens to petrify a play.

Wing-Davey is forthcoming about his directorial methods. In particular, he swears by what he calls the “front foot” method: literally having actors shift their weight onto their toes rather than their heels when they perform. This simple physiological change, the director contends, works on a neurological level to alter a player’s attitude from one of “back foot” detachment — the manner of someone who knows how the scene will play out, as the players, in fact, do — to one of active engagement. The intended result is that audiences, too, come to feel that they are watching not a run-through of a set story, but the thrillingly open-ended flow that characterizes real life. “This dovetails into preserving the ‘eventness of the event,'” the director wrote in an essay.

Pericles is still sort of a mess, complete with an absurd plot full of narrative threads that go nowhere and are crammed with decadent spectacle. Wing-Davey positively revels in this, taking it as an opportunity to amplify theater’s charms, including live music, actors suspended on flying harnesses, and plenty of sheer melodrama. The production is gross and heavy-handed in many weird places. And yet, it keeps the audience rapt because improbable, outlandish, and silly as the events may be, Wing-Davey and the actors keep their “eventness” exuberantly intact.