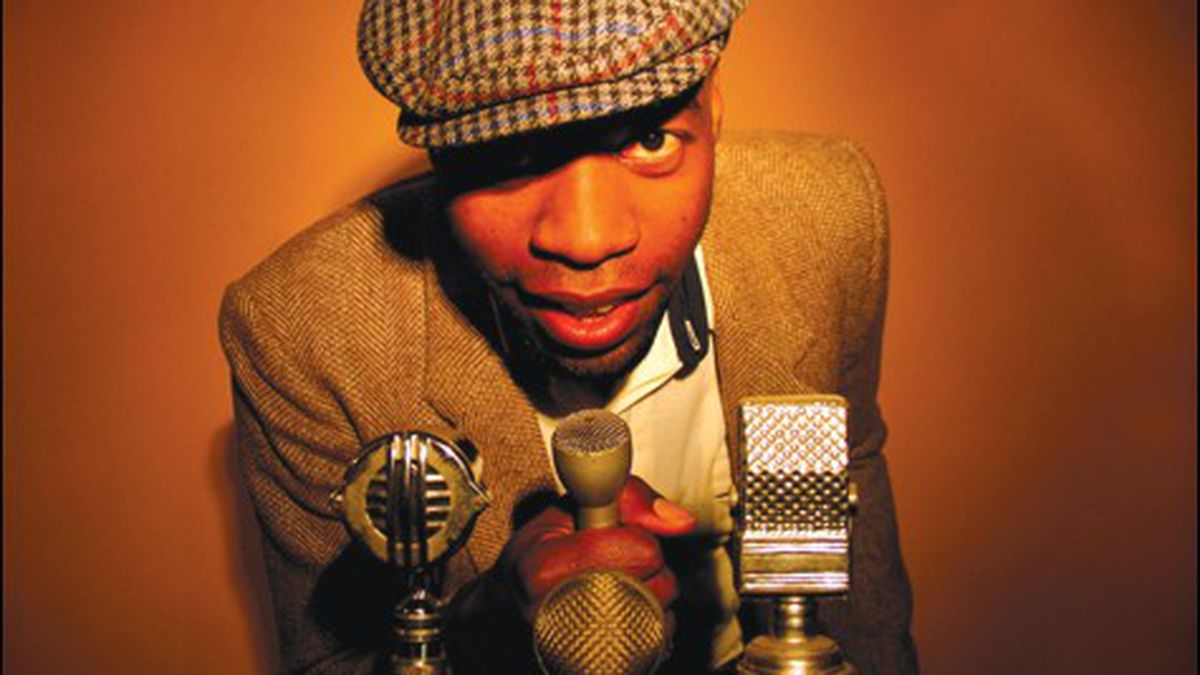 When the Crown City Rockers' MC couldn't book gigs in the Bay, he developed a large following abroad.

Click on the “Photos” tab on Oakland MC Raashan Ahmad’s Facebook page, and there he is, posing in images taken in foreign countries. In one, he’s cupping his chin in a B-boy stance with a trio of soldiers in Oran, Algeria. In another, he’s walking along the London Bridge on a rainy day as the House of Commons looms behind him. In a third, he sits on the stage at the Le Caveau des Oubliettes in Paris, France. It’s captioned: “Calm before the storm.”

These are surprisingly far-flung adventures for anyone who remembers partying with Ahmad and his group Crown City Rockers at local nightclubs like the now-closed Shattuck Down Low and Blakes on Telegraph. The Crown City Rockers — who originally relocated from Boston to Berkeley as the group Mission: before changing their name around 2002 — were part of a “true school” hip-hop scene that flourished around the Bay. They released three well-received albums, including The Day After Forever in 2009, at the same time that band members Ahmad, producer Ethan Parsonage, keyboardist Kat Ouano, drummer Max MacVeety, and producer/hype man Peter “Woodstock” Alvarado collaborated with like-minded artists People Under the Stairs, the Quannum MCs, DJ Zeph, and Zion-I.

After Crown City Rockers went on indefinite hiatus, Ahmad found success as a solo artist abroad. He recently toured the world and released a new album, Ceremony. Despite Crown City Rockers’ indie success, Ahmad slowly grew his international presence: “I had never been [overseas]. It had always been like that — trying to get overseas,” he explained in a phone interview. That changed when a French friend invited him to perform in Paris. “There was a gang of people there. I do a lot of collaborations with people outside of the States, which I think is why my name has traveled beyond Crown City.” When he performed “Cool Down,” a 2008 collaboration with French production unit Jazz Liberatorz, he was surprised when fans in Paris actually knew the lyrics. “I ended up doing twelve shows, and all of them were packed,” Ahmad recalled.

Meanwhile, British DJ and world-renowned tastemaker Gilles Peterson championed “Pain on Black” from Ahmad’s 2010 solo album For What You’ve Lost. Produced by Woodstock, the song captures Ahmad during a moment when he was, in his own recollection, “mad at the world,” as he questions — and then affirms — his reason for being through an emotional, soul-baring verse. Peterson subsequently placed “Pain on Black” on his “All Winners” list for best tracks of the year, and then invited Ahmad to perform at his annual Worldwide Awards show in London alongside James Blake, Flying Lotus, and others. “It was one of those crazy, insane nights,” Ahmad recalled of the January 2011 concert. “It’s what made my career pop over there.”

But while Ahmad’s profile rose in Europe, his lack of opportunities in the States — and specifically the Bay Area — nearly caused him to quit music altogether. The last time he performed in Oakland, in 2010, “literally, not one person came,” Ahmad said. “So I was, like, you know what, this is ridiculous, I can’t do this no more. So I was on Craigslist, looking for jobs” — until his cross-continental tours rejuvenated him.

It’s unclear why Ahmad has struggled to book successful local shows: He’s a fantastic live performer who feeds off infectious call-and-response routines with an audience, and the Crown City Rockers were better known for their rousing, high-energy concerts than for their records. But with members getting older and settling down, Ahmad said, Crown City Rockers have found it too expensive to perform regularly without making any real money. So is it the changing nature of the rap scene, in which blog-generated idiosyncrasies and club-oriented street rap have trumped the true-school indie movement of the early 2000s and its emphasis on funky soul samples and traditional lyricism? Far from being bitter, Ahmad has playlists full of new rap he loves by artists like Joey Bada$$ and The Underachievers. “I’m so inspired by music right now,” Ahmad said. But, he added, “The cats that used to come [to Crown City shows back in the day] now have families and jobs.”

Regardless of the reasons, Ahmad views his current situation with ambivalence: “I’m the most financially successful and stable I’ve ever been in my career as a musician,” he said. “I had an album release tour and I went to Japan, Brazil, and Australia, and I couldn’t get a show in the Bay Area. I hit up every promoter, and I could only get weekday door deals,” he said, referring to concerts where payment is contingent on how many people show up — a far cry from the healthy booking fees he commands around the world.

“I’m not mad at the Bay. I love that place. I love the culture, the music,” Ahmad said. “But I think that musically, for me anyway, it’s not as cracking as I hoped it would be.”

These frustrations may loom large when pricked by a reporter’s questions, but they’re mostly absent from Ahmad’s new album, Ceremony, which was released in April. Despite stray lines like the one on opening track “Love” — in which he raps, My band on the outs/On the outside yellin’/Let, let me in, alluding to both De La Soul’s “Let, Let Me In” and the Rockers’ outsider status in the current rap scene — it’s a joyous, uplifting track. Collaborating with Denver turntable champion Chris “DJ Vajra” Karns and acclaimed New York rapper Homeboy Sandman, among others, Ahmad pursues inner peace with optimistic yet honest lyrics, religious commentary, and odes to “Mama Nature,” all over sunshine-speckled hip-hop and neo-soul beats.

Ceremony was released in vinyl and CD format by Jakarta, a German record label. But Ahmad wasn’t able to find a US label for it; a planned deal with Brooklyn indie-rap imprint DTR Records fell through a week before its scheduled release. So he arranged digital distribution himself through Bandcamp and iTunes, and plans to sell some physical copies through his website, Raashan.net. He admitted that he needs a lot of help promoting and distributing Ceremony in the States. “I’m sure 150 albums got released today. But who cares? How do you even know about it? That’s the situation I’m finding myself in,” Ahmad said.

In the meantime, Ahmad is relocating to a forest just outside of Santa Fe, New Mexico. He found the place last winter while looking for a solitary space to record Ceremony. “I’ve always loved the Southwest region,” he said. “It’s super quiet, super wide big skies. It’s a good place for me and my life right now.”

So as he moves out of the Bay Area after living here for more than a decade — don’t worry, he’ll visit — Ahmad said he has a lot to be thankful for. Unlike many musicians, he makes a living as a full-time B-boy and travels the world to perform. “It’s all perception. If I saw where I’d be now five years ago, I’d be happy,” he said. “As far as problems go, it’s a damn good one to have.”