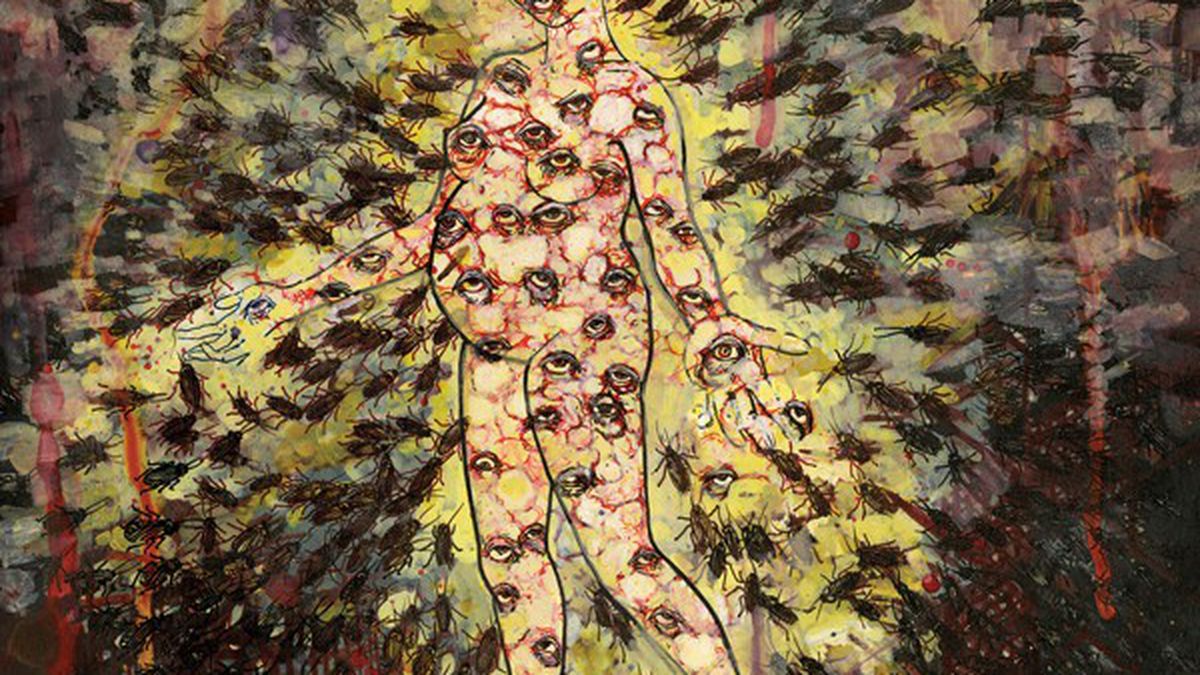 The Mother of Virtues

Brooklyn’s Pyrrhon pushes the boundaries of death metal. Its style is warped technicality tempered with the punk spirit of grind and hardcore, like a combination of Portal, Gorguts, and Converge.

Its sophomore album, The Mother of Virtues, is evidence that the band has something special going on. On opener “The Oracle of Nassau,” sweep-picking parries with chaotic squalls of collapsing sound, and guttural chugs burst into art-noise caterwauling. “Sleeper Agent” skulks along like Jesus Lizard — if that band had played blast beats — while unsettling bass lines undulate beneath schizophrenic guitar. Throughout, the vocals aren’t exclusively standard death-metal fare. Doug Moore’s lyrics are often sardonic and a bit unhinged — more punk than metal. Following the stuttering end of “Eternity in a Breath” comes “Implant Fever” and features some of the grooviest meat on the album. Everything about this band is unexpected — in fact, it could just as easily be compared to post-/math-rockers Slint as to any of its extreme-metal contemporaries.

But in the end, The Mother of Virtues is not an easily quantifiable album. This is the sound of a band with a voice all its own. (Relapse)