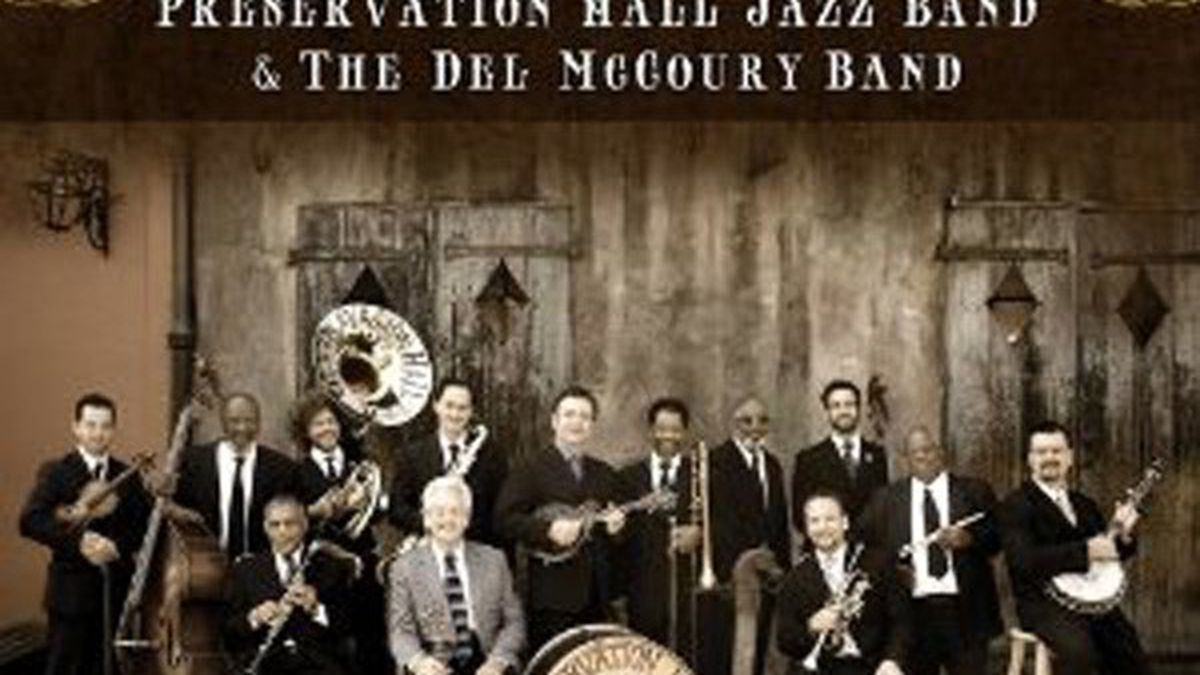 The thin line between jazz and country music has too seldom been crossed over the years, notable exceptions being Louis Armstrong‘s 1930 trumpet contribution to Jimmie Rodgers‘ “Blue Yodel #9”; the hot soloists and swinging rhythm sections in Bob Willis‘ and Spade Cooley‘s bands; Merle Haggard‘s 1973 LP I Love Dixie Blues; and Wynton Marsalis‘ recent hookups with Willie Nelson. For the Preservation Hall Jazz Band, today’s most prominent purveyor of traditional New Orleans jazz, to team up with the Del McCoury Band, one of the most popular bluegrass groups on the planet, may seem odd, but both genres have firm grounding in blues and place high value on improvised instrumental virtuosity. They go together like gin and vermouth, and the combined ensembles shake it up with aplomb.

Having collaborated on two tracks of last year’s all-star Preservation, the Preservation Hall and McCoury bands now dig into thirteen more tunes for American Legacies. Guitarist McCoury soulfully applies his high, nasal pipes to, among other songs, a tear-jerking treatment of “One Has My Heart” and a spirited arrangement of “Jambalaya” that’s given a second-line bounce by Ben Jaffe‘s tuba. Saxophonist Clint Maedgen‘s Ray Charles-inspired reading of “I’ll Fly Away” is, however, the strongest vocal of the bunch. The finger-picked banjo of Del’s son Rob McCoury and the percussively strummed banjo of Carl Leblanc are in sharp stylistic contrast, yet the similarities in tone and phrasing between Jason Carter‘s fiddle and Charlie Gabriel‘s clarinet are a match made in heaven. (McCoury Music)

French at the French Pace