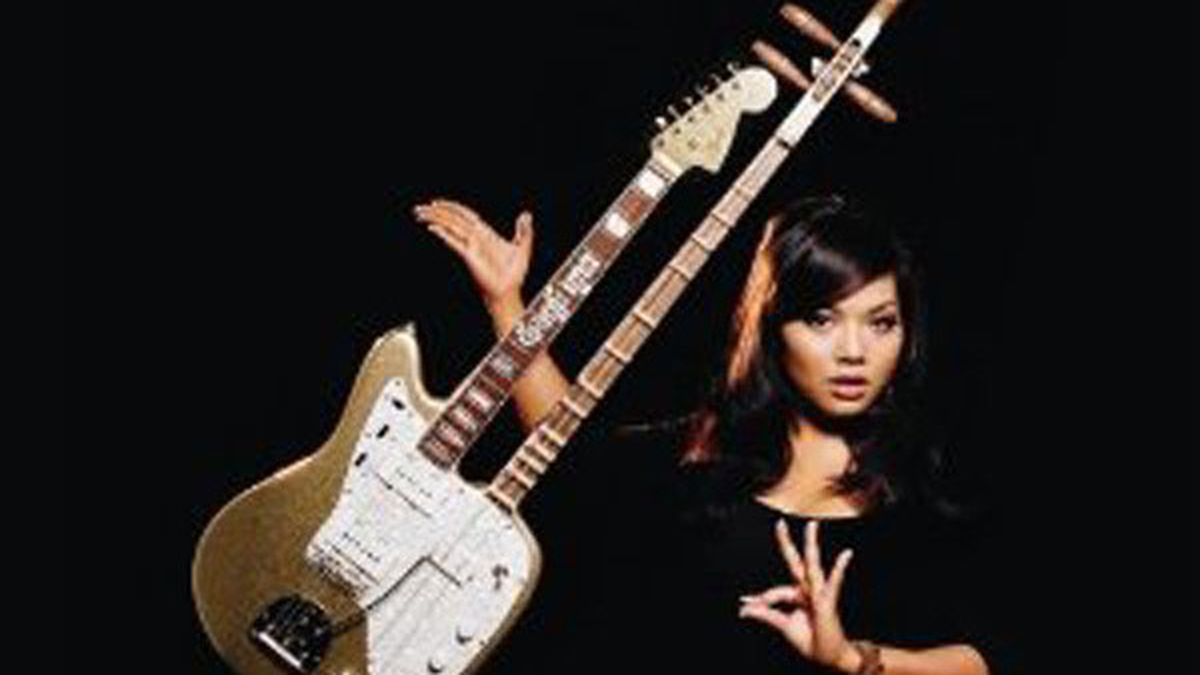 The biggest misgiving anyone is bound to have with each new Dengue Fever album is that there’s more singing in English. I know, I know, it’s silly — I mean, why would any non-Khmer speaker want to understand the words to these songs? But that seems to be the trend: Singing in English by either lead diva Chhom Nimol or by guitarist/main Feverista Zac Holzman is bound to destroy — or at least hamper — the band’s mystique. That said, one could make the case that more English is the only logical way to go as band members continue writing their own material and face up to the fact that they’re an American band in the 2000s, not a Cambodian band in the Sixties.

But really, it doesn’t matter one tiny stinkin’ bit. Cannibal Courtship is a great album. The band is white hot, busting out grooves that can only slink into your soul and make you happy even on the grayest of days. They kind of ease into it with the title track, but that quickly builds into the party that is the rest of the album. “Uku” has an almost Ethiopian vibe, while the groove from “Only a Friend” is like Fela meets Khmer-surf, showing that Dengue have a lot more going on than just aping one style. “Only a Friend” may have the only misstep on the disc when it changes to the B-section, but that’s from a bizarre harmonic slip-up, not from any lyrical blunders. And the production can only be described as joyful. This is the fullest-sounding, most absorbing Dengue album so far. (Concord)

Best Group Bike Ride for the Fun of It