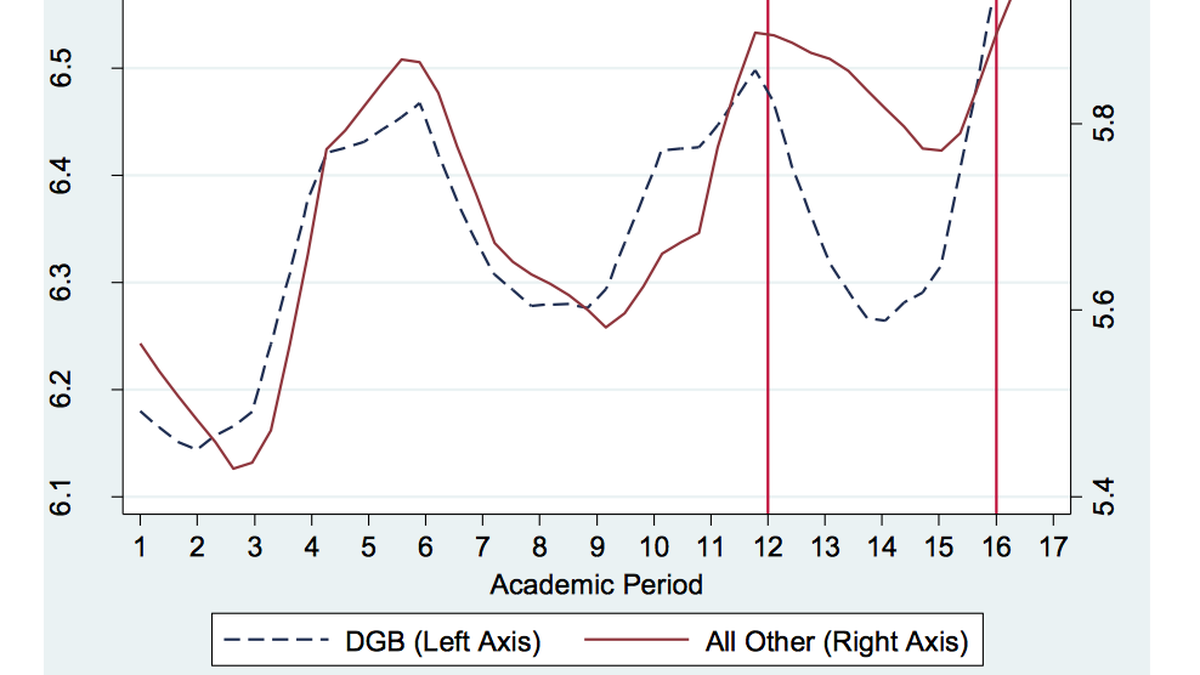 Share
Facebook
Twitter
Linkedin
A study of students in the Dutch city of Maastricht illustrates how pot prohibition’s cost can far outweigh any of its intended benefits.

Legal weed’s availability had no effect on college dropout rates or the quality of teaching by instructors who might smoke off-hours, the study found.

And while restricting access to legal pot could slightly boost the grades of younger college students who are taking intense math classes, the positive effect of such a ban is on par with banning alcohol, having a higher-quality teacher, or a smarter roommate.

The data seems to indicate that America’s brutal, zero tolerance anti-marijuana policies that lock up kids, deny them financial aid, and throw them out of school for a joint are doing more harm than legal pot ever could.

[jump]
In the March 2015 study “‘High’ Achievers?  Cannabis Access and Academic Performance” by The Institute for the Study of Labor (IZA) in Bonn, researchers exploited a natural experiment. Maastricht got tired of the nuisances caused by “drug tourists” visiting the town to buy legal weed. So city officials instituted a “weed pass” that restricted pot sales in the town’s thirteen coffee shops to Dutch natives as well as Belgians and Germans.

That led to the creation of two groups to study — Maastricht college kids who could still buy legal weed and those who couldn’t.

Controlling for other factors, the researchers found that college kids who suddenly couldn’t buy legal weed had a 5 percent better chance of staying in school. Young women who were already struggling in difficult math classes saw the most effect — but overall, the restriction had very little effect on grades.

The new prohibition didn’t really help out older students, male students, or non-math class takers. It also had no effect on teaching quality and did not improve dropout rates. In fact, Maastricht students exempted from cannabis prohibition actually ended up with higher average exam grades at the end of the prohibition period.


The data seems to indicate that such small gains from prohibiting legal cannabis for young adults must be weighed against the very big current penalties of prohibition.

Banning a young college student’s access to legal pot caused a grade boost that was equivalent to having a better instructor, a non-tenured instructor, a smarter roommate, or banning alcohol.

Such marginal and limited benefits certainly do not justify the current policy in the United States., whereby at least 200,000 (mostly low-income minority) Americans have either failed to enroll or dropped out of college due to loss of financial aid for drug crimes. Young victims of cannabis prohibition also face steep fines, arrest, expulsion from school, mandatory “rehab,” and a lifelong stigma when looking for work.

Legal pot might slightly degrade the academic performance of some struggling freshman and sophomores, but prohibition prevents any educational attainment whatsoever. It’s hard to see how the prohibition model is better for society.

“These new findings should therefore become integrated in the complex and multi-dimensional societal cost-benefit analysis that should drive any drug policy decision making,” researchers report.

Next ArticleWhat’s Eating You: Korean BBQ