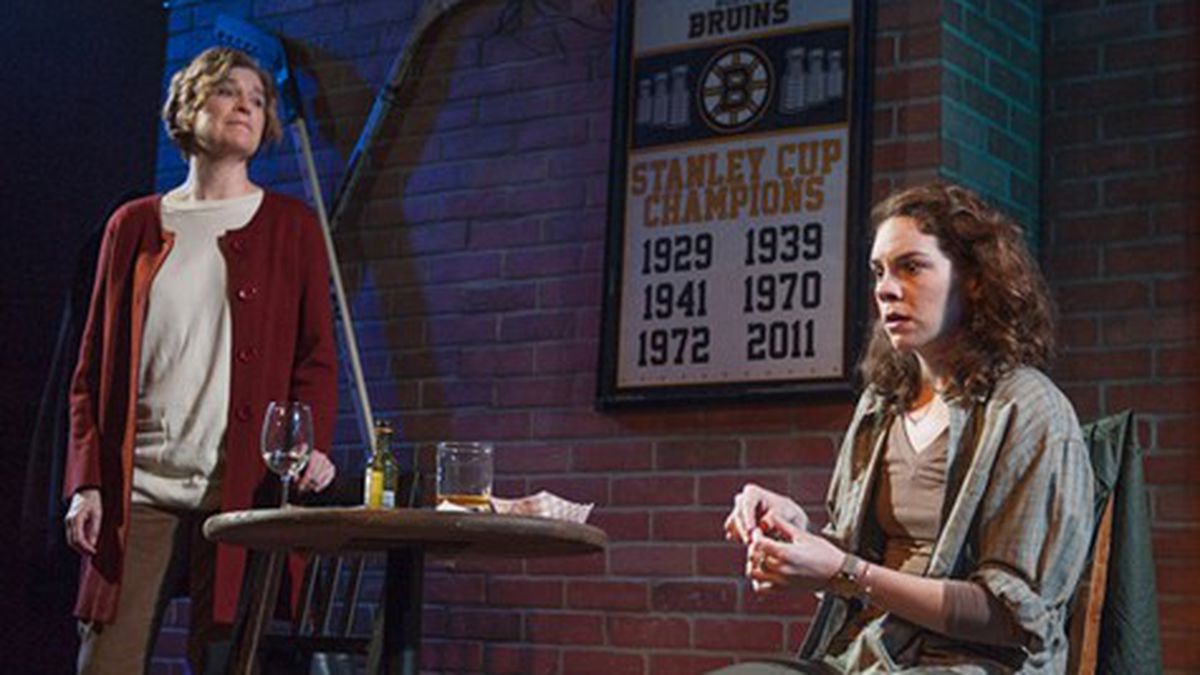 The award-winning theater and TV writer Sarah Treem talks about her feminist play showing at Aurora Theatre and what it took to get where she is today.

When Sarah Treem was 27, her play, A Feminine Ending, was ridiculed by New York Times critic Charles Isherwood. Isherwood began his review by suggesting that the central character’s name, Amanda Blue, was more befitting of a porn star than the aspiring oboist she was supposed to be. He then proceeded to pick apart the play’s relevance and credibility. Treem, now successfully employed by Showtime, was devastated. She thought her career had ended before it really began. Producers counseled her to stop writing about women’s issues and gender politics, telling her that it turned people off. She was going to be ghettoized as a female writer, they warned.

Instead of taking their advice, Treem doubled down. Shortly after that review in 2007, she wrote The How and the Why, a play about menstruation and menopause — two topics that are about as female as you can get. On stage at Berkeley’s Aurora Theatre Company through May 22, the two-person play centers on a pair of evolutionary biologists: Rachel, a young graduate student with a radical new hypothesis about the purpose of menstruation (to rid the body of pathogens carried by males), and Zelda, a lauded scientist with a ground-breaking theory on menopause (that grandmothers were the key to human evolution). Although clearly ambitious, Rachel’s ego is still fragile and her bouts of overconfidence are paired with swift descents into despair. Plus, she is so desperate for love and a sense of family that she’s willing to share credit for her work with her boyfriend. Zelda, who never married, is fiercely and justifiably proud of her career, but haunted by the sacrifices she made for it.

The two women’s opposing views on motherhood, love, marriage, and careers are continuously turned over through their conversations, revealing new dimensions and questions with each pass: Can you have a brilliant career and raise a child? Can your relationship to your work be as meaningful as being in love with another person? How much of yourself should you sacrifice for someone you care about?

“I always try to start with a question … that can’t be answered, a huge question, one that’s keeping me up at night,” said Treem. The questions at the heart of The How and the Why are ones that likely keep many women up at night and are likely to keep them up for decades to come. But, just as the play swings between perspectives, Treem’s own understanding of the questions (and potential answers) has evolved in the years since she wrote it.

“A lot of sexism comes from shaming women,” said Treem. “It’s centered around making women feel like they’ve done something wrong or they’re not behaving appropriately. I used to get very upset by it when I was young and it would sort of derail me.”

At 35, Treem is no longer so easily thrown. In addition to her work as a show runner on the television show The Affair, which earned her a Golden Globe Award in 2014, she has numerous other writing and producing credits to her name, including HBO’s In Treatment, and Netflix’s House of Cards, for which she won a Writers Guild of America Award in 2014. While Treem still experiences sexism on the job, she said that as she’s gotten older and more accomplished, she’s learned to not take it personally.

“I find sexism [to be] a fascinating social experiment all the time,” she said. Treem thinks that if women can figure out how to identify sexism and not feel cowed by it, then they can shift the dynamic. “If you can say, ‘I don’t give a fuck if you think I’m loud and belligerent. I believe in my ideas and I’m talking just as much as you are and I have just as much of a right to speak as you do’ — if you can get there, then it does finally become interesting,” she said. “Then it’s like, ‘What is it about what I’m saying that you find so threatening?’ … But I’m lucky because I’m in a position of power at this point. I think if you talk to me again when [The Affair] is over, I may have a different take on it.”

A wife and mother of a three-year-old son and a baby girl, Treem also finds herself identifying more with Zelda’s concerns about motherhood and work. “I kind of thought of [motherhood] as an end to creativity,” she said. “I just sort of assumed that somehow it wasn’t possible. And honestly, I wasn’t wrong. It is impossible on a certain level. I think that was the thing that I could sense even though there was this whole wave of, ‘No, no, you can have it all. Just lean in.'” In many ways, Treem’s career is a testament to the “lean in” philosophy, but “it’s really exhausting and you suffer for it,” she said.

When she wrote the play, Treem intended to show that both sides are valid, and that idea still resonates with her today. “As you get older, you realize that the choices are so very complicated and that nobody does them very well. … You can only decide what’s best for you and try to live by it.”