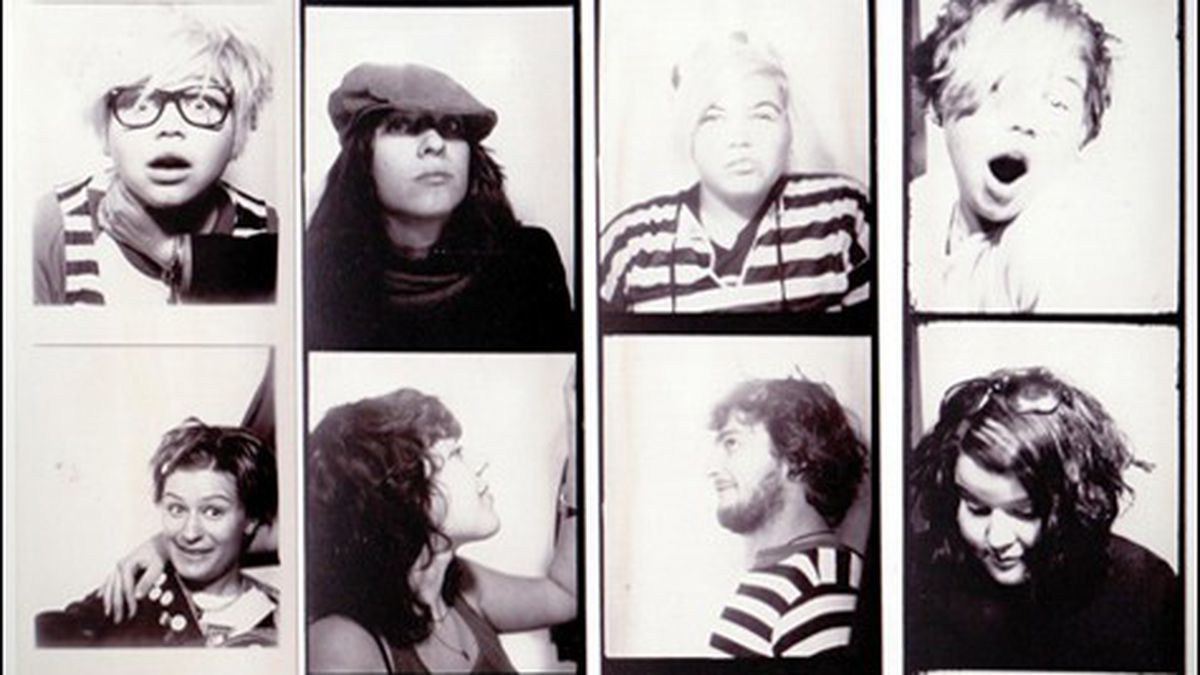 How Oakland resident Lisa Mancini is resurrecting the vintage photobooth.

For some people, a picture is worth a thousand words. But for Lisa Mancini, a picture procured from a photobooth is priceless. The photo lab technician and longtime Oaklander’s affinity for the medium started when she was a kid living in Santa Cruz, where she said the machines were once abundant in the city’s mall and boardwalk. Today, Mancini’s collection of photobooth strips fills a box three inches deep, with snapshots stretching back to her elementary school days. She’s preserved pictures of friends, boyfriends past, and what she admits is probably way too many self portraits. Just how many strips she’s saved over the years is hard to say: “It’s like how many jelly beans are in this jar?” she postulated. “I don’t know how many … hundreds.”

It should be said that Mancini’s photobooth mania is somewhat selective. To her, the only booths worth patronizing are of the old-school variety, the vintage booths that utilize photo chemicals and light-sensitive paper to develop photographs. What’s so special about the old machines, she explained, is the process: the brief moments between each camera flash, the anticipation that builds while a strip develops, and then the potential chemical imperfections that give each photo a uniquely flawed appearance. “With a digital booth, I don’t even see the point, unless you don’t already have a digital camera or a camera phone,” she said. “It doesn’t seem any more special to me.”

That’s why Mancini grew perplexed in recent years to find the small remainder of old photobooths disappearing from the East Bay — either replaced by contemporary machines or removed altogether. Gone is the booth once stationed outside the Bancroft Clothing Co. in Berkeley, as is the booth that sat for years inside the Emeryville Public Market. The Alameda bar Lucky 13 housed a vintage booth up until earlier this year, when the owners replaced it with a modern machine after one-too-many customers complained of the “eggy” smell produced by the old booth’s photo chemicals.

So rather than sit idly and watch the objects she’s revered since childhood fade away, Mancini decided to buy her own photobooth. She started saving money (the old machines are not cheap), did extensive research, and in July found a company in Montreal, Canada, that refurbishes and sells the eight-hundred-pound cameras. After waiting several long months for a booth to become available, Mancini pounced on the first machine that came up for sale. The camera arrived in Oakland last week, becoming what she believes (and what this reporter’s research found) to be the only publicly operating chemical photobooth in the East Bay.

Rather than keep the machine to herself, Mancini worked out an arrangement with Steve Stevenson, the owner of 1-2-3-4 Go! Records (420 40th St., Ste. 5, Oakland), to keep the booth in his store’s backroom venue space, where, beginning this week, patrons can take $3 black-and-white photos during shows and regular store hours. And Mancini, who’s been studying up on photobooth maintenance to ensure that the booth endures, said that if the venture ever pays for itself she’ll consider procuring a second machine for another location. Why? “Because people still care about photobooths — it’s not just me,” she said. “And because you look so much better in a black-and-white photo. And if you don’t, you can just tear it up and no one has to know.”