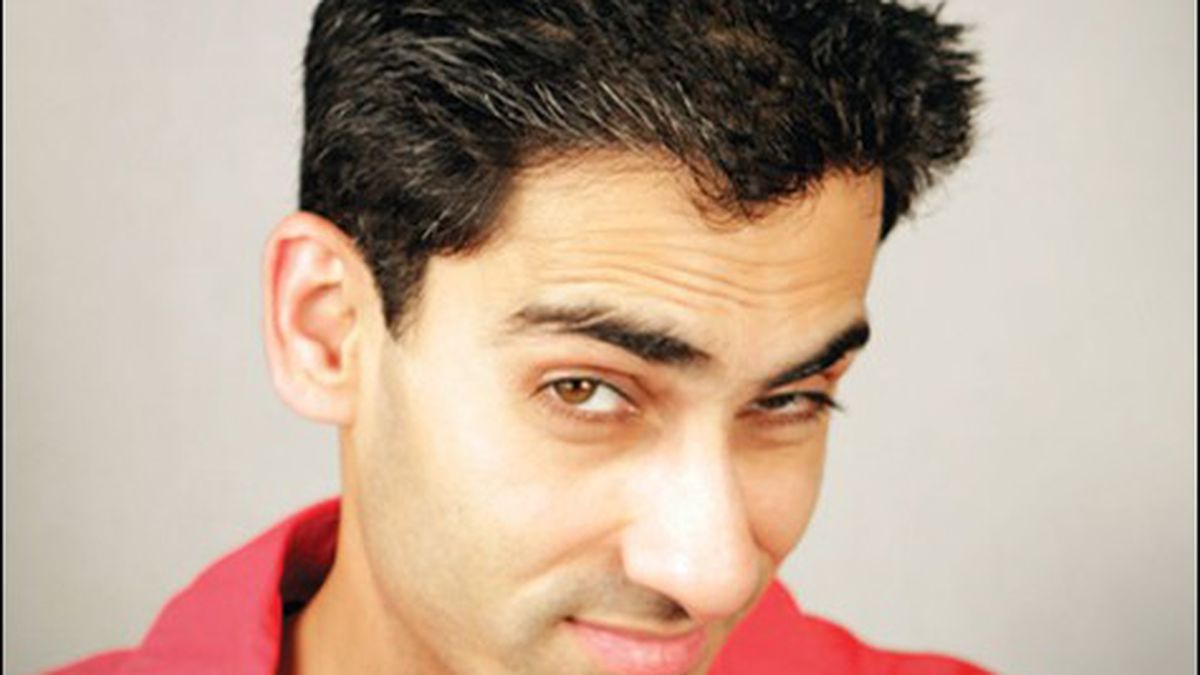 Comedy Off Broadway Soldiers On

On the morning of October 22, Samson Koletkar got a rather disturbing phone call from Miss Pearl’s Jam House, the Jack London Square restaurant where he and fellow comedian Joe Gleckler run a regular showcase. It turned out Miss Pearl’s had flooded after a fruit truck knocked over a fire hydrant in front of the Waterfront Hotel, shooting huge geysers into the building.

“I got a call from the reception saying, ‘The room’s flooded, your equipment’s in there, come and grab it,'” Koletkar said. He happened to be in Los Angeles, so he quickly dispatched Gleckler to save their sound system and lighting rig. By the time Gleckler arrived, the banquet room where they usually held comedy shows was inundated, with a hole in its roof. “He shows up, and the place was like, Japan,” Koletkar said gravely.

Lucky for them, restaurant staff had salvaged most of their equipment — the most expensive stuff, at least — so although the comedians had to cancel that night’s edition of Comedy Off Broadway, they resumed the following night, in a different room of the building, with a janky sign outside that said “Stand Up Comedy.” The hosts advised patrons to bring their own refreshments for the time being, which wasn’t such a problem given that Miss Pearl’s is wedged in the same retail corridor as BevMo, Subway, and Ben & Jerry’s. The audience complied.

So for the last two and a half months Comedy Off Broadway has soldiered on, even though Miss Pearl’s still has papered-over windows. In fact, the showcase appears to be doing rather well. The hosts held three shows over New Year’s weekend, and all were packed — New Year’s Eve drew such a large crowd that they had to temporarily move the event back to the cleaned-up bar area at Miss Pearl’s. On Sunday, Koletkar and Gleckler threw in an extra show with Bronx-born yuckster Robin Cee as the headliner and local stalwart Sean Keane as the featured act. The kitchen closed early that night (it reopened for event catering after the flood, albeit on a much smaller scale), so the hosts provided their audience with complimentary cheese and Merlot. But for the sign outside, it looked like a wedding reception.

Still, the show killed. In fact, it could have held its own against any lineup in San Francisco, which is no small feat for a town that’s used to getting sloppy seconds. Part of the night’s success owed to Gleckler and Koletkar’s talent for booking interesting lineups. This one included Monterey-based comic Rudy Martinez and juggler/magician Fred Anderson as openers, both of whom occupy distinct parts of the comedy ecosystem. Martinez joked about trying to be a Lothario in some podunk part of Montana where he was the only “Mexicano” for miles — the problem was learning to regurgitate his single semester of high school Spanish (e.g., Dónde está el baño?) in a convincing baritone. Anderson did card tricks and juggled cue balls, catching one of them on his forehead with a loud smack — he later revealed it was rubber. Koletkar did a few bits about being a Jewish Indian immigrant (a subject he discussed at length at the San Francisco storytelling show Previously Secret Information), and Gleckler talked about being the only white kid at an inner-city school in Baltimore.

Of course it was the featured act and headliner who really made the night a hit, and neither of them bore any resemblance to the other performers. Keane is a Cal alum, obsessive sports fan and borderline savant (he has a Tumblr blog called “Sports Centr”), and former contributor to UC Berkeley’s ever-vaunted Heuristic Squelch zine. Famous for confessional humor, he’s amassed a new cache of topical jokes about the A’s (just as the team threatens anew to abscond to San Jose) and the recently razed Occupy Oakland encampment, where he performed back in October. (His assessment: “There’s a thin line between that and yelling about your dick in a public place.”)

Cee, who is a comely, six-foot-one, stylish African-American woman with asthma, opened her set by scolding the organizers. (“Why am I the only black person on a lineup — in Oakland?” she asked.) Then she jumped into a whole series of impressions, clicking between characters with the speed of someone whose mind operates as a nonstop reel-to-reel. Her repertory includes: Marge Simpson, Rosie Perez, Tina Turner, Tina Turner on the back of a motorcycle, Mariah Carey if you isolate the melisma, Texas AM radio hosts, a jilted blonde in some horrible redneck watering hole, her mother, her aunt “Whooo” (so-named for an overused sound effect), and a waitress at a roadhouse Chicken ‘n’ Waffles joint, where even the fruit cup is fried. In the course of fifteen minutes, she managed to cover a pretty large swath of the American experience.

Gleckler and Koletkar pride themselves on having diverse acts, and they can actually brag about that with total sincerity. They’ve even decided to implement “themed” lineups for their Thursday shows in 2012, some of which rely on standard categories (all-African American, all female) and some of which are adventurous (“all Southern,” “anti-Valentine,” “Comics in Recovery”). If the New Year’s Day show is any kind of omen, then they should have a lot to look forward to in the coming year. Hopefully Miss Pearl’s will reopen, too.