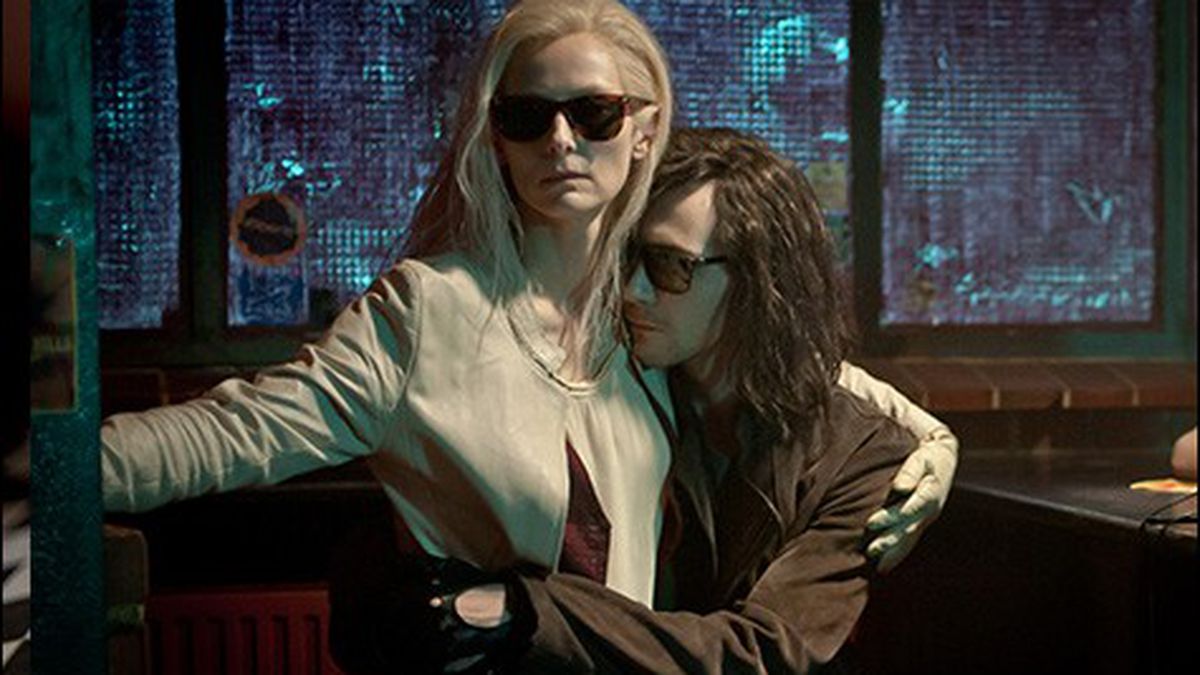 All dressed up and no place to go.

For those who can’t get enough vampire movies (you know who you are), the prospect of seeing Tilda Swinton and Tom Hiddleston as undead lovers under the direction of filmmaker Jim Jarmusch is almost too good to be true — the reigning queen of pallor and one of England’s top costumed villains playacting in bloodsucker neverland for the maker of Dead Man.

But, as in most pipe dreams, there are a few stumbling blocks in Jarmusch’s high-concept Only Lovers Left Alive. Eve (Swinton) resides in contemporary Tangier, Morocco, in an Arabian Nights fantasy flat decked out with multitudes of pillows and little vials of disease-free blood (no one goes around biting necks anymore — too unsanitary). When she goes out, Eve throws on a creamy-white djellaba, to match her milky-white skin, and floats through the medina to the Café Mille et Une Nuits for a refill from her old, old friend Christopher “Kit” Marlowe (John Hurt). You may remember Kit as the 16th-century Elizabethan playwright and poet who wrote Doctor Faustus. Seems he made his own particular deal with the devil, and now he and the saturnine Eve take in the Maghrebi nightlife from a careful distance, killing time, “living” off the fat of the land.

Meanwhile in Detroit, Eve’s on-again, off-again nosferatu boyfriend Adam (Hiddleston) is holed up in an old house surrounded by that city’s notorious empty fields, listening to antique vinyl LPs while plinking on his collection of vintage guitars. Adam has a Renfield named Ian (Anton Yelchin), a local gofer who brings him collectible records and rare instruments. When Adam needs fresh plasma he visits crazed Dr. Watson (Jeffrey Wright) in a hospital lab, and pays cash. We never really learn exactly where Adam and Eve get their money, but it’s always there. Eve misses Adam, so she takes an airline flight (at night, of course) to Detroit for a visit. The pair quarrels — perhaps because of the irritating presence of Eve’s bratty sister Ava (Mia Wasikowska, in a change of pace) — and Adam and Eve decide to return to Tangier together. There, they’re faced with a blood shortage. They deal with it. That’s the entire story line. Nothing else really happens.

It’s true that the Twilight series has temporarily ruined one of the movies’ most enjoyable genres, but Jarmusch can’t really blame Kristen Stewart for the inertia of this bloodless scenario. Swinton and Hiddleston do a fine job posing amid the meticulously assembled props. Adam’s Wall of Fame (Edgar Allan Poe, Joe Strummer, Buster Keaton, Thelonious Monk, et al) could serve as any Baby Boomer hipster’s pantheon, but icons alone are not enough. Characters, even pale, anemic ones, need something to do. Some critics have viewed Adam and Eve as stand-ins for drug addicts in junkie limbo. But Jarmusch evidently thought posing itself would suffice. It does — for about half of the 123 minutes.

The maker of Mystery Train and Down by Law knows how to create a mood of amiable neglect. The cosmopolitan couple’s badinage (she knew Shelley and Byron, and reads Cervantes for pleasure) qualifies as one of the season’s wittiest exchanges of dialogue, and if they somehow don’t get around to transforming themselves into bats or wolves we can forgive them. The Hammer Films-style titles are wonderful. Near the end of the film there’s a seductive performance by singer Yasmine Hamdan in a cafe, and Jozef Van Wissem’s music score aptly fits the mold. Jarmusch reportedly stripped the film of narrative incident on purpose, relying instead on the metaphorical meaning of his characters to carry them through. It doesn’t, and that’s frustrating. But what a setting.