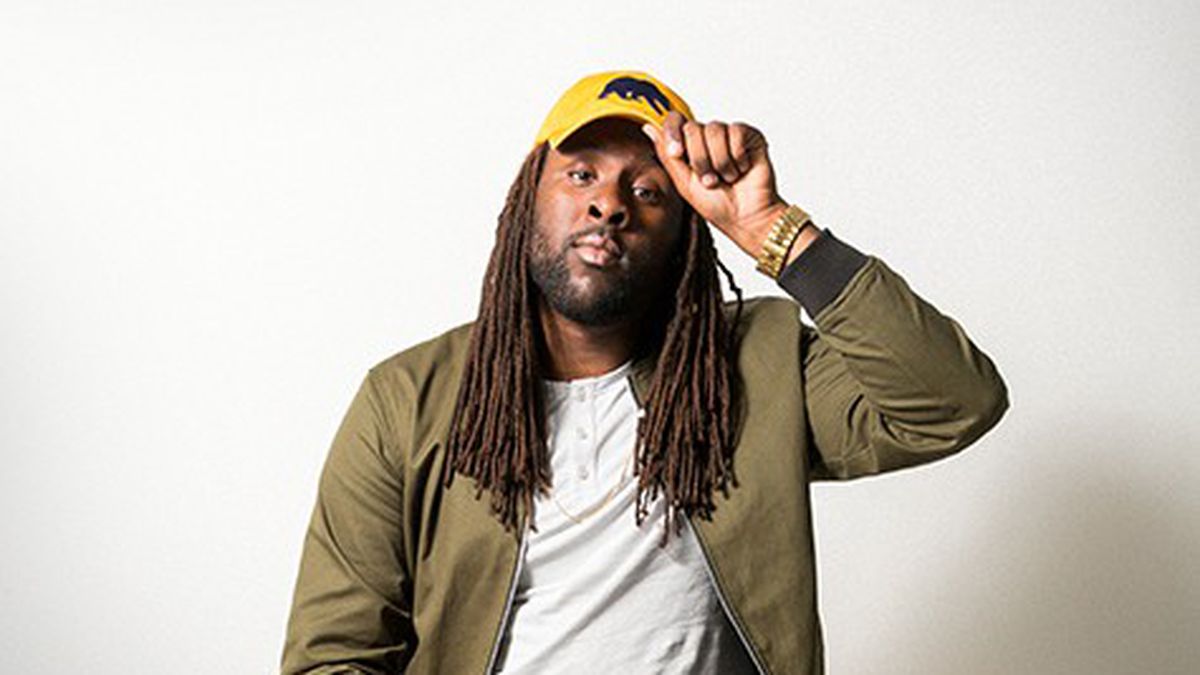 Hot off the release of his new single "Young Wardell," the rising Berkeley rapper wants to use his music to motivate the youth.

Rapper Rexx Life Raj says he’s here to motivate people to take chances and follow their dreams with his debut studio album, Father Figure, which comes out June 24. On the lead single, “Young Wardell” (so named after Steph Curry), he encourages fans to be their best selves.

Shortly after he announced the listening party for Father Figure, taking place on June 18 at Midsummer Studios in Emeryville, I got on the phone with Raj. The Berkeley native was excited about his latest projects. In addition to “Young Wardell,” he recently released another new single, “Handheld GPS,” and dropped the music video for “Moxie Java,” which features Nef the Pharaoh. These tracks have been making their rounds on social media and getting mainstream press coverage from publications like The FADER, and the artist is quickly becoming one of the most talked-about up-and-coming rappers in the East Bay.

Raj has also been getting opportunities to play out of state, which has helped expand his fan base. When we spoke, he had just returned from performing in Boise, Idaho. “I’m used to getting the retweets, or someone tagging me in a post, but when people actually take time out of their schedule to pull up and see me perform, it lets me know people are really down with what I am trying to do,” he said.

Raj explained that his main goal is to use his music to talk about his personal experiences and offer insight to anyone who’s willing to listen. The 26-year-old artist discussed various obstacles he’s overcome — such as the challenges of being a Division I football player at Boise State University, as well as losing one of his closest friends to gun violence.

Despite his ups and downs, he said he wouldn’t be where he is now without positive reinforcement from his family members, especially his father. Growing up, his loved ones pushed him to do his best on the football field and in the classroom, and encouraged him to live his life with a positive purpose. Father Figure is a reflection of Raj’s desire to be a role model to those who may be struggling, and he said he hopes music can help him do that on a large scale.

“I look at music as an opportunity to spread both wisdom and knowledge to the youth,” he said. “A lot of times, artists get caught up in what sounds good, and in the process they end up feeding people — mostly kids — a lot of bullshit. I don’t want to make the same mistake.”

The singles from Father Figure feature slow-paced, jazz-influenced beats, and throughout the songs, Raj imparts wisdom through his melodic, metaphorical flow. On “Handheld GPS,” he addresses staying motivated even when life seems uncertain: I don’t even know what I’m shooting for, but I’m shooting anyway.

“A lot of people are lost and trying to find their way. I want people to know I’ve been there,” he said.

“Young Wardell” features production from Ian McKee, and Raj said that he was so happy with their collaboration that it set the tone for the rest of the album’s sound. Indeed, Raj’s melodic flows work particularly well with McKee’s trippy, bass-heavy beats.

“Ian is hella raw and he’s really big on taking his time,” Raj said. “It’s what’s so dope about him. I’m also extremely meticulous when it comes to making music. Having a producer and engineer that is also hands-on — it helps the project to reach its full potential.” McKee produced half of the album and mixed and mastered the entire project. Father Figure also features production from Julia Lewis, Cisco Cortez, Kyle Betty, and Mikos Da Gawd — producers with crossover appeal in the indie electronic music scene.

“I reached out to all those producers because I knew that they could help take the album to the next level,” said Raj of his appreciation for their genre-defying aesthetics.

Discussing his favorite tracks from the project, Raj mentioned “Ojw3,” which he said pays homage to the many lessons his father imparted to him. I learned the game from my papa/Wisdom he taught me bout wealth. While the album is partly an homage to his own dad, he said his definition of a father figure is anyone who is willing to be a positive role model.

“I just have a clear understanding of the impact music can have,” said Raj. “I plan on using it not just to entertain, but to also make a difference. I don’t feel good if I’m not promoting something positive.”