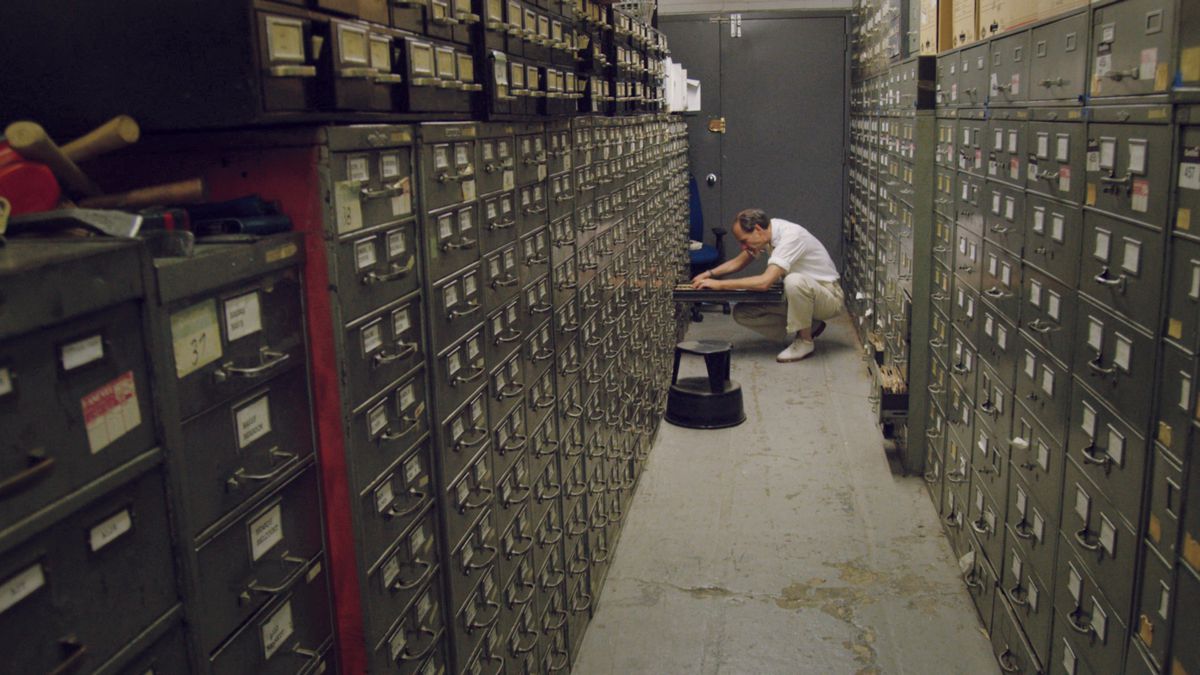 This documentary is catnip for info addicts and newsprint fiends.

Many news junkies, even those of us who should know better, retain the hazy impression of an obituary writer as a justifiably obscure person, sitting someplace in the far backroom of a news org – either a washed-up reporter or, worse, a sort of ghoulish hack, cranking out formulaic death notices on deadline. Nothing could be further from the truth, at least as far as The New York Times is concerned, says Vanessa Gould’s documentary Obit.

Gould’s surprisingly entertaining doc introduces us to what must be the best-staffed obit department in the country, where the proudly professional reporters all swear that their offerings, far from being depressing, represent a different kind of investigative journalism. In the words of Times obit writer Margalit Fox: “Obits have next to nothing to do with death, and in fact, absolutely everything to do with life.”

The common denominator for an editorial obituary – as opposed to the paid obits common in many news outlets – is that the life of the deceased made an impact. Beyond the usual political, sports, entertainment, and business figures, there are those who invented, discovered, popularized, or simply did things with which almost everyone can identify. Their histories are just as important, maybe more so, than those of the obvious movers and shakers. One of the doc’s subjects calls it “Brezhnev vs. the inventor of the Slinky.”

For every tribute to a Gerald Ford or a David Bowie, the Times talking heads point to the tales of John Fairfax, who rowed solo across every ocean (readers hailed him as “the most interesting man in the world”); Thomas Ferebee, the bombardier who dropped an atomic weapon on Hiroshima; Sixties advertising guru Dick Rich (a Mad Men prototype); or typewriter repairman Manson Whitlock, the last of a vanished tribe.

There are rules. The writer must confirm the subject is actually defunct. In what one staffer calls this “one-time-only chance to bring the dead to life,” the obit editorial board chews over the facts and decides who is newsworthy. Unlike most reporters, obit writers don’t have a large number of sources. They have to make a lot of phone calls. Daily print deadlines are a constant worry – even the best-timed departure gives the writer only about seven hours to come up with the facts of life (Michael Jackson was notorious in the obit world for dying unexpectedly and late in the day). For major personalities there are “advance” obits, kept in a locked file cabinet unavailable outside the obit department – the Times has some 1,700 advances. In the internet age there’s pressure to file a story right away, leaving little time for research.

One of the fascinating people we meet is Filer & Re-Filer Jeff Roth, lone custodian of the NYT morgue, a 10,000-drawer repository of photos and clippings. From a department of more than thirty at its peak, the morgue is down to him alone. His dry wit echoes the philosophical impulse of his colleagues. Referring to the boxes of government reports cluttering the morgue, Roth says: “We like to keep the paper copy [of, say, the Iran-Contra hearings] because we don’t know if the online is going to work.” Does being an obit writer make one think about mortality, especially one’s own? Yes, evidently.

Obits have a tinge of the literary about them. How did things get to be the way they are? Obits can explain. Says staff veteran Bruce Weber: “[We’re] trying to write an interesting piece about the history [of the deceased] for people who don’t know the history.” Ms. Fox, wielder of a magisterial speaking style, talks about being queried: Why doesn’t your page list more minorities and women? Her reply: “Ask me again in one more generation.” When someone notable “drops off the perch,” there’s always a story waiting to be told. Obit is catnip for info addicts and newsprint fiends.

Trailers Are for Travelers