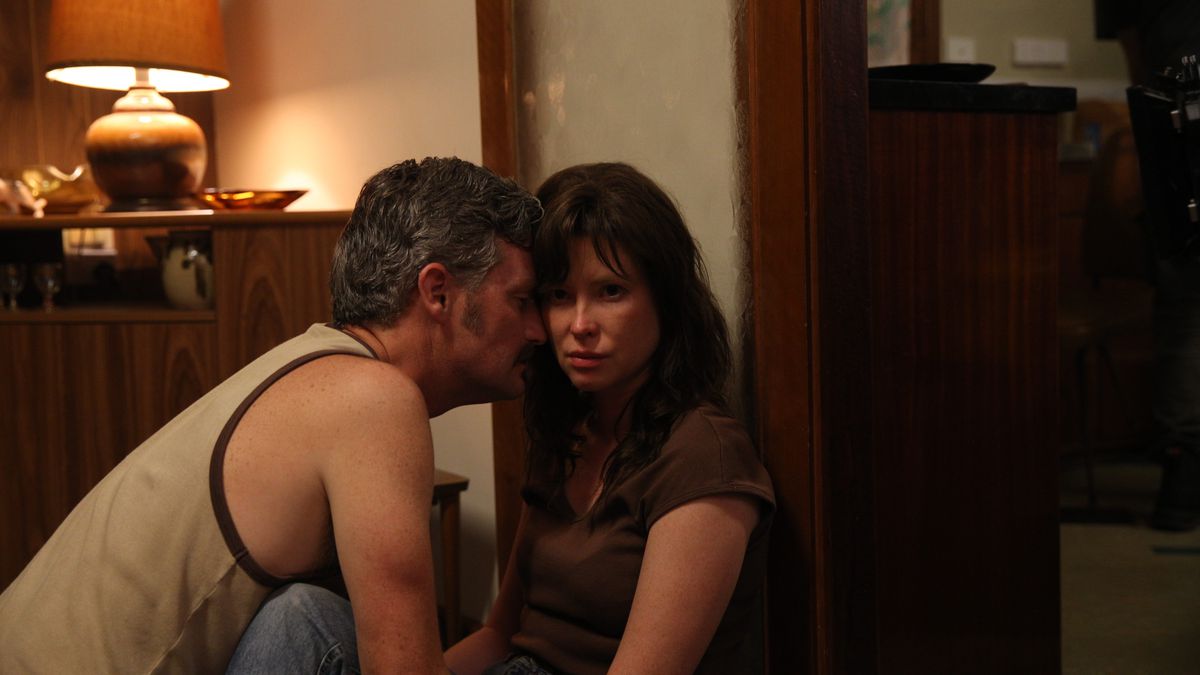 Hounds of Love: Beware of the Dogs

Oz kidnap thriller may be too nasty for its own good.

by Kelly Vance
May 10, 2017
Stephen Curry and Emma Booth take a breather in Hounds of Love.

In Ben Young’s Hounds of Love, Evie (played by Emma Booth) and her husband John (Stephen Curry), of suburban Perth, Australia, are in the habit of abducting teenage girls, brutally using them as sex slaves, then murdering them and burying their bodies in the woods. But their latest victim, Vicki (Ashleigh Cummings), is different from the rest. It’s a character study.

Writer-director Young’s theatrical feature debut reportedly caused European film festival audiences to flee in disgust. If they could have made it past the intensely horrific basic situation – there is almost no “extreme” graphic violence, rather some nerve-jangling psychological terror of a particularly nasty kind – those auds might have witnessed the cool, calm, and collected telling of an often-told story, with deceptively subtle perfs by the two female leads, whose characters match wits at the doorstep of destruction. Don’t expect warm hugs.

All three main protagonists are under the thumb of someone else – runty, mustachioed John by bullies extorting money; his younger wife Evie by her obviously insane mate, in a reductive domestic abuse syndrome; and Vicki by the other two, as she angles for an escape route. We see the couple’s entire M.O. before the titles, so it’s a matter of suspense. Dan Luscombe’s music and Michael McDermott’s freeze-frame tracking cinematography are both chillingly effective. But do we really need to hear the pitiful screams of yet another female rape victim, no matter how artful the setup? That’s the question genre fans have to ask themselves, before following the arguably talented Young down the rabbit hole.

So why is the action set in the 1980s, other than it is based on real-life Perth police cases? Perhaps to explain how a crime wave that could be stopped instantly with a mobile phone could drag on for 108 undeniably sweaty-palmed minutes. Plot gaps. Beware the dogs.