Plus, Pi Dan Noodle Shop launches (then cancels) a crowdfunding campaign, and Tanjia reboots as Doukkala. 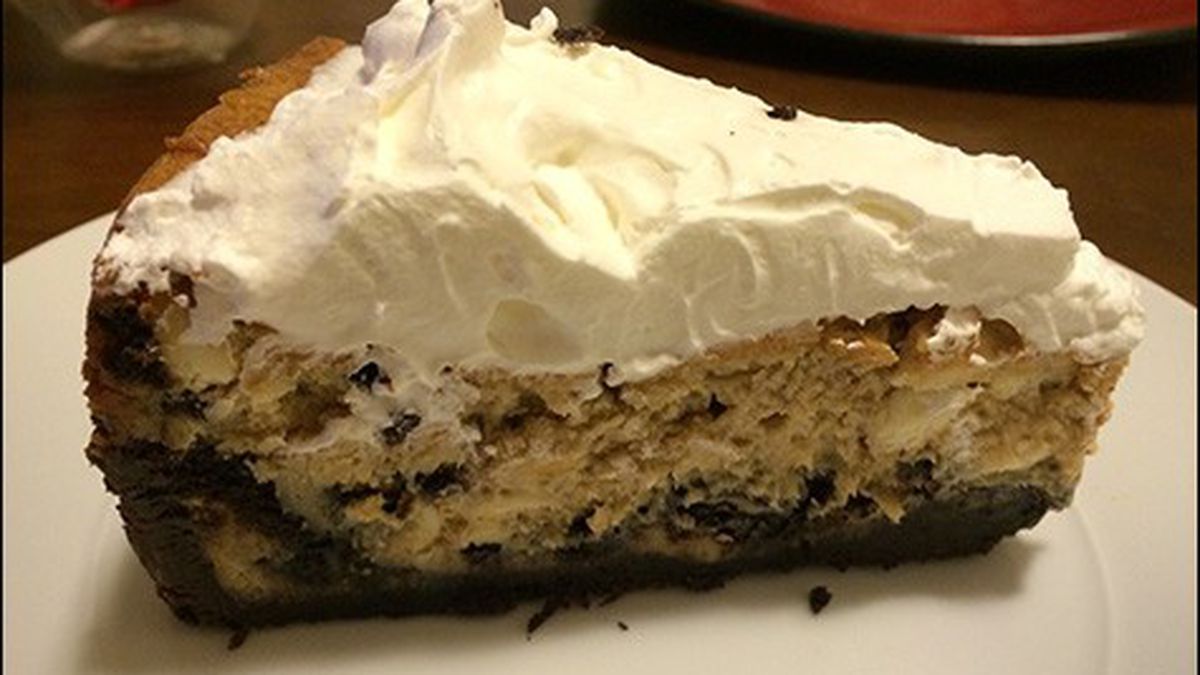 Gregory’s Gourmet Desserts (285 23rd St.) sits in the basement of a nondescript beige brick building on a side street in Uptown Oakland. The entrance, marked only by a small sign, looks more like the back door to a basement apartment or secret weed dispensary, so, inevitably, first-time customers do a confused double take before heading down the short flight of steps and peeking inside.

Gregory’s might, in fact, be Oakland’s tiniest and least conspicuously located bakery. But for regular customers, who swear that the shop sells the best cheesecakes and cobblers in the Bay Area, the hidden-away location and odd hours — just Wednesdays and Fridays, from 11 a.m. to 4 p.m. — are no deterrent.

Owner and head baker Gregory Williams might not have set out to create what he calls a “local secret place,” but there’s no question that’s what his bakery is. Once inside, you’ll find yourself in a bare-bones display area that, measured generously, might be eight feet wide and four feet deep. It isn’t a store so much as it is a storage nook. On a table against the wall, there’s a selection of scones and cobblers. In another corner, a commercial baking rack holds trays of cookies that have been left to cool. And, inside a small fridge, the jackpot: an assortment of cheesecakes for sale by the slice.

Cheesecakes, available in wacky-sounding flavors with names like “Ugly Duckling” and “Best Milkshake” and priced at $4.50 a slice, are the bakery’s signature item. Williams, a New York transplant, said he never much cared for New York cheesecakes — he always found them too dense and heavy. The first cheesecake he fell in love with was the apple-streusel cheesecake at La Petite Boulangerie, a San Francisco-based chain that was popular in the Eighties. When the chain discontinued the item, and then eventually closed down altogether, Williams fiddled around in the kitchen until he came up with his own version. In the process, he taught himself how to bake.

In the span of a couple of weeks, I sampled more of the bakery’s handiwork than I care to admit, and for the kind of old-fashioned American desserts that Gregory’s specializes in, there really aren’t many places that are in the same league. True to its name, the Ugly Duckling wasn’t much to look at, but had a light, lemony sweetness and a meringue-like top that hid a layer of crème brûlée-like caramelized sugar. Better yet, the Best Milkshake — a riff off an actual milkshake Williams had in Las Vegas — featured a killer combo of coffee, chocolate, and Oreo cookie crumbles.

I appreciated that the desserts were a little bit less sweet than the majority of American commercial baked goods. But the best thing about Williams’ cheesecakes and, especially, his key lime pie, was the texture — not dense, but lush, smooth, and unbelievably creamy. Aside from the cheesecakes, the cinnamon-y peach cobbler ($4) is another big seller at Gregory’s, and it’s one of the most satisfying versions I’ve had — jam-packed with fruit and buttery crumbled shortbread. I recommend eating it straight out of the fridge.

Although Gregory’s has been around since 2000, until recently it was well known mostly only among the hoteliers and restaurateurs whose wholesale accounts make up a large portion of the bakery’s business. But thanks to a couple of recent high-profile accounts, word is starting to get out. I first heard of Gregory’s last year, when the new Oakland outpost of Umami Burger (2100 Franklin St.) announced that the bakery would supply the burger joint with its desserts — a small selection of cobblers and cheesecakes. In fact, Williams said he makes one of his favorite creations (an apple fritter topped with maple glaze and smoked bacon) exclusively for Umami Burger.

Meanwhile, Spoonrocket, the food-delivery service, also recently announced a collaboration with Gregory’s, which means that now customers can have the daily dessert selection delivered to their doorstep.

Heartbreaking news from the folks behind Pi Dan Noodle House, the Taiwanese noodle house that was planned for Uptown Oakland: A little more than three weeks ago, just a month before Pi Dan was scheduled to open, Allison Chen, the restaurant’s 28-year-old owner, died unexpectedly. Subsequently, Chen’s boyfriend, Jameson Tyler, and business partners launched a $75,000 crowdfunding campaign to try to keep Chen’s dream of bringing Taiwanese beef noodle soup to Oakland alive. But, after netting more than $20,000 in contributions, Pi Dan’s management team abruptly canceled the campaign this past weekend, citing disapproval from Chen’s family. For now, it looks like they’ve pulled the plug on the project altogether. …

Temescal’s Tanjia (4905 Telegraph Ave., Oakland) will reopen on April 16 as Doukkala, a “California Moroccan” restaurant with a new chef and concept. According to the restaurant’s website, Doukkala’s menu will feature “locally-grown and organic produce, high-quality farm-fed meats, and local, seasonal fish.” Typical dishes will include pastilla made with roasted Northern Californian quails, and duck tagine served with house-preserved Meyer lemons.