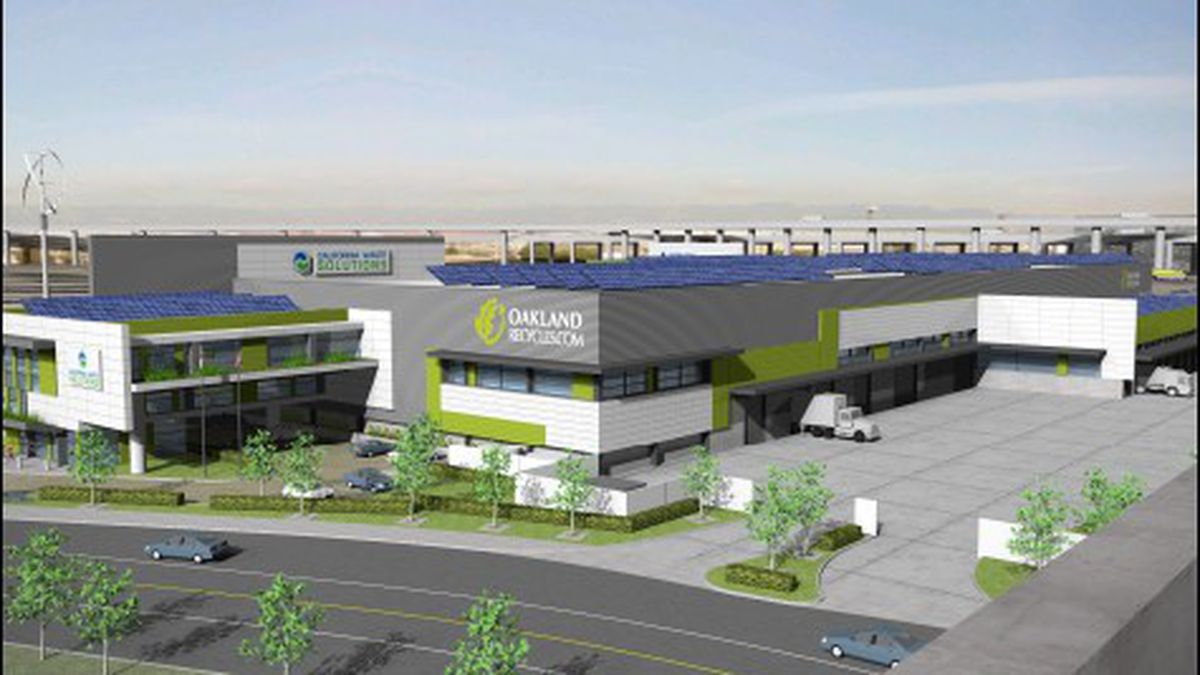 California Waste Solutions won the city's waste contract with the promise of lower rates, but some observers say the company's plan has major flaws.

In a surprise move last week, the Oakland City Council voted to award the city’s $1 billion waste contract to California Waste Solutions (CWS), a local company that has never had a residential garbage contract before and doesn’t yet have a facility to sort trash. Councilmembers unanimously chose the West Oakland-based CWS over Waste Management, the Texas-based corporation that currently picks up the city’s trash and operates both a transfer station for waste processing and a landfill in the East Bay.

The decision to select CWS instead of Waste Management — the sole two companies that bid on the contract — came after Oakland city officials and an independent consultant raised a wide range of concerns about the CWS proposal, arguing that the company was not prepared to do the job, posed too great of a risk, and had an environmentally inferior plan to Waste Management’s (see “The Dirty Fight for Oakland’s Trash,” 7/30).

But the council, which makes the final decision on major city contracts, went against city officials’ recommendations and selected CWS, with proponents arguing that it’s better to support a local company and that, by the time of the council’s vote, CWS had adequately addressed the city’s concerns. And most significantly, CWS offered cheaper rates. Under Waste Management’s plan, homeowners’ rates would have gone up 30 percent from $29.80 to $38.71 per month, but CWS said it could offer a 24 percent increase to $36.82 per month.

Some skeptics, however, question whether the lower rates will come at a price for Oakland — whether from uncollected trash when CWS’ contract begins in July 2015 or from longer-term environmental consequences. Others have expressed concern that, given the company’s relative lack of experience, CWS may have underestimated future expenses and could request exorbitant rate hikes in the future. Currently, CWS only does residential recycling for half of Oakland.

“The biggest fear is that people’s garbage is not going to be picked up,” said Doug Bloch, political director for Teamsters Joint Council 7, the union that represents drivers at CWS and Waste Management. The Teamsters endorsed Waste Management’s proposal due to concerns about potential service problems under CWS.

Another fear, he said, is that CWS’ rates will jump beyond anticipated levels. “They are putting together an operation that doesn’t currently exist, so they can only guess what their costs are going to be.”

Bloch noted that transitions to new garbage companies often come with challenges, such as initial missed pickups. “But what exacerbates it with CWS,” he said, “is the fact they are taking on a project that’s bigger than anything they’ve done and they don’t have any of the infrastructure in place right now.”

CWS’ long-term plan is to construct a new waste sorting and recycling facility at the Oakland Army Base site in West Oakland, but that project, called the North Gateway Facility, would take three to five years to complete, according to the company. And the project still needs permits to move forward.

In the meantime, CWS has said it can set up an interim waste facility on nearby East Bay Municipal Utility District property, but officials have questioned whether it could be ready by July. StopWaste, the county agency charged with reviewing the project and integrating it into the countywide waste plan, said CWS’ timeline was not realistic — echoing concerns of the consultant that analyzed the plan.

CWS officials said that if the East Bay MUD facility is not ready by next July, the company would partner with Republic Services Group, an Arizona-based corporation, to use its recycling facility in Richmond. But regardless of where it processes its recycling in the short- and the long-term, CWS plans to send all of its trash to Republic’s Livermore and Bay Point landfills. Some observers have raised concerns about this partnership, given that Republic did not bid on Oakland’s waste contract in the first place and thus faced no scrutiny from the city. “They did not go through the review process that we undertook,” said Joe Camero, spokesperson for Waste Management.

CWS’ infrastructure delays could also have environmental impacts by limiting the company’s ability to efficiently remove reusable materials from the waste stream. In its analysis of the two proposals, the city repeatedly pointed out that CWS’ diversion goals — meaning its commitment to diverting food waste and recyclables from the landfill — were far inferior to Waste Management’s plan, in part because its permanent processing facility wouldn’t be ready for a half-decade. Peter Slote, the city’s acting solid waste and recycling program supervisor, told me a week before the vote: “It’s a profound difference in the environmental outcomes,” pointing to the city’s findings that Waste Management, over ten years, could divert more than 200,000 additional tons of recyclables and green waste from the landfill compared to CWS. That’s equivalent to one year’s worth of Oakland garbage.

In response to these concerns, CWS representatives said last week that the company would increase its diversion rate, but some are skeptical of this last-minute commitment.

And there’s reason to be skeptical. CWS has on multiple occasions failed to meet its diversion goals in San Jose, where it has done recycling since 2006. In 2012, the City of San Jose penalized CWS $37,281 for its low diversion rate, and then fined the company $283,664 in 2013 for an even worse performance. CWS also failed to meet targets in 2011, but was close enough that it did not receive a penalty, a San Jose spokesperson said.

But CWS’ failure to keep recyclables and green waste out of the landfill is not the only environmental concern. In 2008, the US Environmental Protection Agency fined the company for numerous violations of the Clean Water Act, arguing that CWS had discharged waste and other pollutants into waterways at three Bay Area locations for nearly five years.

The waste contract comes back to the council for a second and final vote on August 13.

Some have also questioned how the competitive mayoral race may have influenced the process. City Councilmember Rebecca Kaplan, a candidate for mayor and a prominent CWS proponent, claimed credit for securing lower garbage prices — rates that she emphasized were significantly cheaper than the Waste Management proposal backed by the administration of Mayor Jean Quan, who is running for reelection.

Councilmember Libby Schaaf, who is also running for mayor, expressed concerns about the capabilities of CWS, but ultimately voted in its favor. “I continue to be very nervous about their ability to perform on July 1st,” Schaaf told me last week after the council vote, adding, “I’m nervous about their ability to meet environmental goals, both because of their past performance and because they changed their diversion goals throughout the process.”

Although city staffers opposed CWS up until the council’s decision, Quan sent out a post-vote press release with the opposite message — praising the company and its proposals. Quan told me the city secured cheaper and greener proposals from both bidders through negotiations and said she supports the council’s decision to select a company with strong local roots. “It was clear that people really wanted to bet on Oakland,” she said.

Quan and Kaplan both praised CWS for partnering with Civicorps, an Oakland-based nonprofit that will, under the new system, collect food waste from businesses and deliver the materials to EBMUD to be converted into renewable energy. “We are going to be able to do even better in terms of total diversion,” Kaplan contended. And regarding CWS’ last-minute diversion commitment, she said, “They have said they will meet the higher goals so our job will just be to hold them to it.”

Joel Corona, CWS’ chief operating officer, said his company will be ready on Day One and will have no trouble meeting the higher diversion target. “We realize we have a heck of a lot of work to do, and we are going to do it,” he said. He also defended the company’s record in San Jose, arguing that the diversion penalties the company was required to pay were unfair. As for the 2008 water pollution violations, Corona said the issued had been resolved. Corona also defended CWS’ lower prices: “These are the rates we signed up for and we know we have obligations to live by those.”