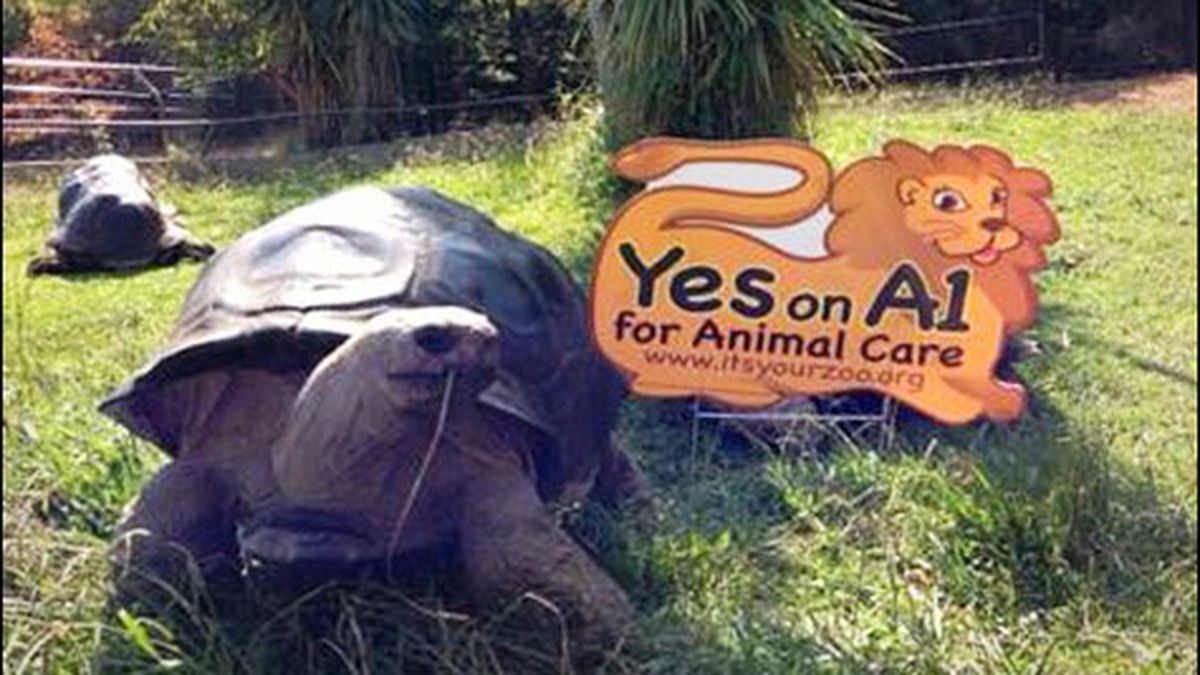 In its effort to convince county voters to approve Measure A1, the East Bay Zoological Society has broken several local and state laws.

The private operators of the Oakland Zoo have broken several campaign finance laws in their effort to convince county voters to pass a parcel tax on November 6, public records and interviews show. Tax records also indicate that the East Bay Zoological Society, the private nonprofit that has an exclusive contract with the City of Oakland to run the zoo, appears to have used public funds to help promote its ballot initiative — Measure A1 — in violation of local and state election laws.

Campaign finance records also show that the Zoological Society, which claims that it’s in desperate need of money and will have to discontinue programs for children if voters reject Measure A1, had spent $248,000 to promote the ballot initiative as of September 30, and wrote checks totaling $375,000 to a political committee it established to support the measure.

The Zoological Society’s most recent campaign finance records did not include both a glossy mailer in support of Measure A1 that the organization sent earlier this month to Alameda County voters and a 24-page advertisement that the nonprofit produced and paid to insert in a Sunday edition of the San Francisco Chronicle. Such ads typically cost campaigns tens of thousands of dollars. Attendees of a recent political event say that the Zoological Society’s executive director told the audience that his organization plans to spend $1 million of its own funds to promote Measure A1.

The Oakland City Attorney’s Office said it was aware of at least one campaign violation committed by the Zoological Society. Officials for the nonprofit had posted numerous signs in favor of Measure A1 at the zoo, which is against the law because the zoo is public property — owned by the city. The city attorney’s office said last week that it had ordered zoo officials to remove the signs.

The Zoological Society also appears to have violated a separate election law that prohibits political campaigning on public property. According to campaign finance records, the Zoological Society lists its pro-Measure A1 headquarters as being at the zoo, which is also illegal because the citizens of Oakland own the zoo. The Zoological Society’s actions are akin to a city councilmember operating his campaign for reelection out of his council office in City Hall. “You can’t do that,” noted Ralph Kanz, a former chair of the Oakland Public Ethics Commission who is also an opponent of Measure A1.

Moreover, the Zoological Society appears to have violated another section of the contract, prohibiting it from using city funds to finance political campaigns. According to the Zoological Society’s federal tax returns, it received $2.8 million annually, on average, in government funding during its three most recent reportable years — 2008 through 2010. A substantial portion of that total came from the City of Oakland. And tax records indicate that the zoo may have mingled taxpayer dollars with other revenues in its general fund before writing checks for $375,000 last month to finance the pro-Measure A1 campaign.

Measure A1 is an unusual ballot initiative because it asks taxpayers to fund a private nonprofit. All of the money generated by the parcel tax is to go directly to the Zoological Society — not to Alameda County or the City of Oakland.

This is also not the first time that the Zoological Society has gotten in trouble for campaign activities related to a ballot measure. In 2004, then-Oakland City Auditor Roland Smith released a report that raised serious questions as to whether Zoological Society had illegally used taxpayer funds in 2002 to support Measure G, a $59 million bond measure that benefits the Zoological Society, the Oakland Museum of California, and the Chabot Space & Science Center.

As a result of that report, the City of Oakland changed its contracts with those entities to explicitly state that they are forbidden from using taxpayer funds for political purposes. Mark Morodomi, a supervising attorney in the Oakland City Attorney’s Office, said the Zoological Society must keep the city funds it receives completely separate from monies it uses for politics.

Because it’s a private nonprofit, the Zoological Society does not have to fully open its books to the public. The Internal Revenue Service also has allowed nonprofits involved in political campaigns to keep their donors secret. These so-called Dark Money groups have been spending hundreds of millions of dollars around the country this fall, trying to impact elections. Last week, a shadowy Dark Money group from Arizona, called Americans for Responsible Leadership, spent $11 million in support of Proposition 32, which would strip unions of their political power in California, and against Proposition 30, Governor Jerry Brown’s Millionaire’s Tax.

Morodomi said he was aware of the illegal posting of campaign signs at the zoo, but did not know that the Zoological Society had also set up its pro-Measure A1 headquarters on city property — until this reporter told him about it.

Parrott and other Measure A1 proponents have contended that, if voters turn down the ballot initiative, then the zoo would have to discontinue some educational programs for young students. However, the Zoological Society’s tax records show that the nonprofit appears to have plenty of money. In 2010, the most recent year in which data is available, the Zoological Society reported to the IRS that it ended the year with a $6.1 million net surplus. And from 2008 through 2010, it reported net surpluses averaging $2.6 million a year.

Tax records also show that Parrott’s total compensation in 2010 was $203,500, which is substantially more than how much Oakland Mayor Jean Quan is paid.&#8;