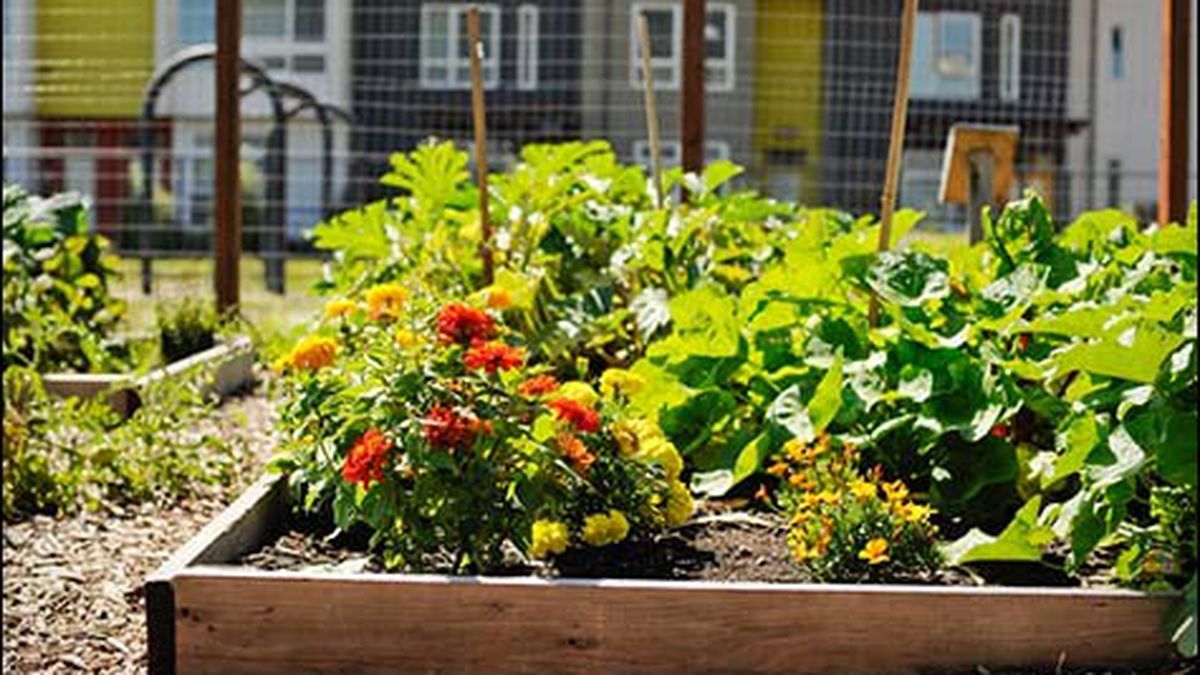 Activists say the process of gaining approval from the city to plant vegetables and fruit trees on parkland is confusing and is subject to favoritism.

In the past decade, many cities throughout the nation have embraced urban agriculture in large part because many Americans lack access to healthy food. In 2006, the Oakland City Council set the citywide goal of eventually sourcing 30 percent of food locally. Since then, social justice organizations and individuals who grow vegetables and fruits in Oakland — like the nonprofit City Slicker Farms and author Novella Carpenter — have received national attention for their efforts. Oakland, as a result, is often viewed as a leader in the urban agricultural movement.

But many local social justice organizations are frustrated that the city isn’t doing more to make public land available to community groups that want to start their own gardens. They say that the process of gaining approval from the city’s Office of Parks and Recreation (OPR) to plant crops and fruit trees on Oakland parkland is confusing, lacks transparency, and favors organizations that have advocates who work for the city.

Members of the Edible Parks Taskforce, a coalition of social justice organizations that includes the Oakland Food Policy Council, say more parkland — particularly land that is neglected or underutilized — should be made available to Oakland residents who want to grow their own food. Planting gardens would encourage greater use of the parks and cultivate a sense of community, in addition to increasing access to fresh food, task force members say.

The task force formed three years ago after leaders of social justice organizations discovered that six schools and nonprofits that are currently managing gardens on city parkland underwent significantly different approval processes. Shortly thereafter, the task force submitted a proposal to work with OPR to streamline and clarify the approval process for creating urban gardens on parkland. The task force also hopes to provide technical support for community groups that want to start gardens in neighborhood parks. Yet despite stated support from OPR and endorsements from multiple city councilmembers for establishing such a partnership, progress has been incremental. In fact, OPR hadn’t emailed the task force an updated draft of a proposed memorandum of understanding (MOU) between the group and the city until recently, when I informed the department that I was going to be interviewing members of the task force later that afternoon.

Victory Lee, a member of the Edible Parks Task Force and founder of the Victory Gardens Foundation (which operates gardens at Lake Merritt), likened the process of figuring out what the city requires of her to establish an urban garden to “pulling teeth.” “We said to one another, ‘We’re having this experience that we don’t know who to go to in the city, nor what department, to bring urban agriculture to the parks and into public spaces,'” she said. “We get different stories. There isn’t a process in writing. It’s really convoluted, and we want to do something about it.”

Max Cadji, an organizer with Phat Beets Produce (which is a member of the task force, and operates a garden at Dover Street Park in North Oakland in conjunction with the Dover Street Neighborhood Group), concurred. “Some groups were required to pay a conditional use permit; others weren’t,” he said. “Some needed insurance; some didn’t.”

Furthermore, Lee said that the approval process appears to be inequitable. Kelly Carlisle, the founder and executive director of the Acta Non Verba Youth Farm Project, which is located in East Oakland’s Tassafaronga Park, acknowledged the role that fellow project member Cynthia Armstrong, who is also the director of Tassafronga’s recreation center, had in helping her gain approval. “The process wasn’t at all clear. I am so grateful I had Cynthia on my team to help walk me through it,” she said. (Acta Non Verba is also a member of the task force.)

Barbara Finnin, executive director of City Slicker Farms, a nonprofit that operates farms at Fitzgerald and Union Plaza parks in West Oakland, said former District 3 Councilmember Nancy Nadel was pivotal in getting the project off the ground. She also said that City Slicker Farms actually began talking with the city about streamlining its approval process as early as 2006. (City Slicker Farms is also part of the task force.)

And in the case of the garden Phat Beets Produce manages at Dover Street Park, help from the office of former District 1 Councilmember Jane Brunner proved to be instrumental in getting it started.

Currently, Oakland residents can participate in growing their own food on city parkland in one of two ways: by paying an annual fee of $30 in exchange for space in one of the city’s ten permitted community gardens, or by volunteering at one of the six gardens managed by schools and nonprofits.

Representatives from OPR, however, took issue with complaints that task force members have made about the city’s approval process, including allegations that it’s inconsistent and tends to favor some groups over others depending on their City Hall connections. “All the projects that we have went through the same process,” said Stephanie Benavidez, a naturalist in OPR. “We have a system in place.”

That system, however, is not easy to negotiate. For example, the OPR’s website lacks specific guidelines on how to obtain approval from the three city departments that need to sign off on using parkland for growing food: Parks and Recreation, Public Works, and Planning.

Members of the task force are also frustrated by the lack of progress in establishing an MOU with the city. “We feel like we’re running in place,” said Courtney Hendrix, a communications specialist for Oakland’s Community Food & Justice Coalition, another organization that is member of the task force. “We’ve been having a hard time getting responses back [from OPR] within the deadlines set forth.”

Benavidez, however, denied that the city has been dragging its feet. She also said the city’s priority is fixing urban gardens on public land that have fallen into disrepair. She said OPR wants to complete the urban gardening projects it has already approved before permitting others. “We have different goals and objectives,” she said of OPR and the Edible Parks Task Force. “It’s about finding common ground.”

In response, Cadji said the task force has offered to help OPR with gardens that have been faltering for the past four years.

Mark Hall, an OPR staffer who has been working with the Edible Parks Task Force, said that the MOU would be executed as soon as Public Works signs off on the maintenance aspects of the agreement. However, he said he did not know when the department would be done reviewing the document.

Too Many Zooz at The New Parish