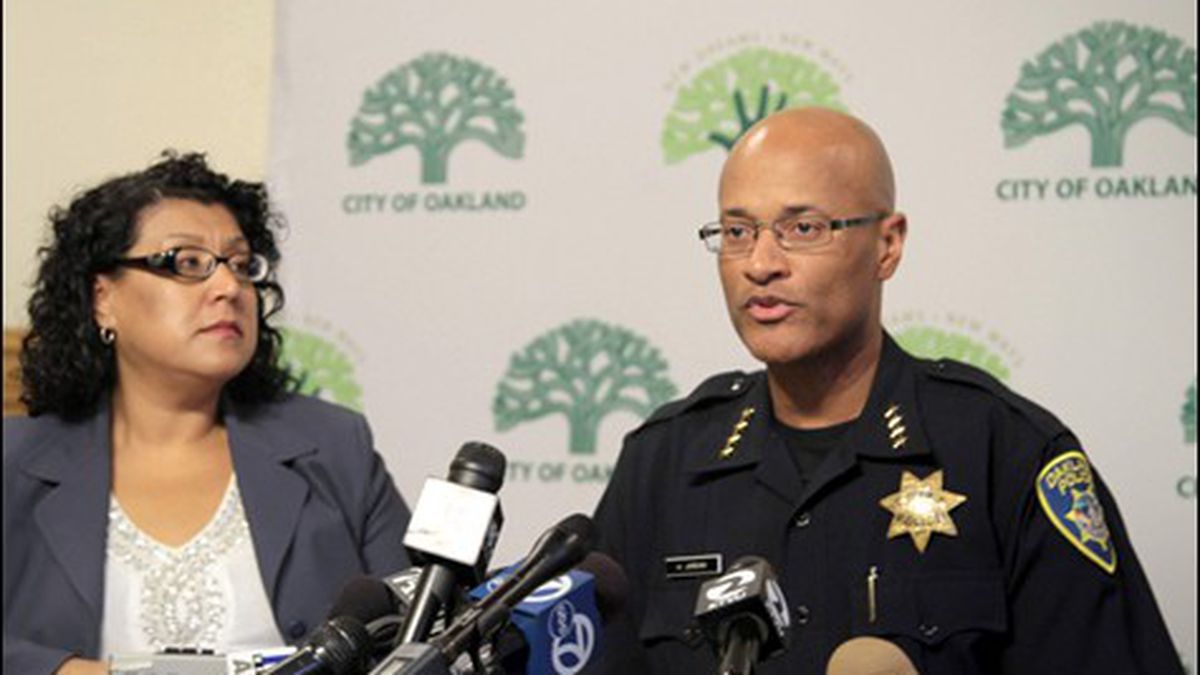 City regulations and state law preclude an independent commission from shining a light on police misconduct and meting out discipline.

Police officer misconduct has plagued OPD for many years, and with a potential federal takeover of the department looming, police oversight is at the forefront of city politics. Several politically connected activists have proposed a November ballot measure that would establish a seven-member independent police commission to “oversee, audit, and monitor” the Oakland Police Department. The activists also have been pushing the idea to councilmembers for weeks in hopes of securing support for the proposed civilian-run organization.

Police commissions have been in place for decades in San Francisco and Los Angeles, where civilian commissioners appointed by the mayor and members of the board of supervisors and city council, respectively, share responsibility for hiring and firing police chiefs, researching and implementing policy changes, and meting out discipline for individual officers accused of misconduct. By contrast, in Oakland, the police chief and city administrator, both mayoral appointees, make disciplinary decisions for police personnel, with an arbitrator having the final say.

According to Rashidah Grinage, a longtime police accountability activist, a police commission in Oakland would “shine light in dark spaces” by conducting audits and investigations into police policies, operations, and finances. The ballot initiative also would give the commission independence from the City Administrator’s Office, which Grinage maintains has an inherent conflict of interest in reining in the police department. “How can the city administrator provide accountability to OPD when that person is involved in minimizing the legal exposure of departments under her control?” Grinage asked, noting that five city administrators have not succeeded in bringing the Oakland Police Department in line with the reforms of the federal consent decree.

However, there are major obstacles to the proposed commission. It has not garnered much support from either the public or the city council. As of July 2, an online petition in support of the proposal had received only 114 signatures since its creation on June 18. And at the June 26 session of council’s Public Safety Committee, Councilwoman Nancy Nadel unsuccessfully attempted to propose the police commission as a ballot measure, eliciting an angry letter from the police accountability group PUEBLO to Councilwomen Pat Kernighan and Rebecca Kaplan for their lack of support. “We can’t get any councilmembers to step up,” Grinage said.

But those aren’t the only obstacles. Even if supporters of the independent commission proposal were to obtain council and voter approval, the commission itself likely would be stymied by the powerful Oakland police union. The Oakland Police Officers’ Association, which has already expressed its opposition to the police commission proposal as yet another cumbersome layer of oversight, has a clause in its current contract that bars the city from altering how it handles labor disputes — including the discipline and termination of police officers. The contract, which expires on June 30, 2015, represented a significant political victory for Mayor Jean Quan last year because it required for the first time that OPD officers pay 9 percent of their salary towards their pensions. However, the contract also stipulates that if the city were to attempt to alter the labor arbitration system for police officer discipline and termination, then the 9 percent pension concession is void.

Over the years, arbitration rulings have proven to be a significant obstacle in getting rid of problem officers. In 2009, Officer Hector Jimenez was terminated for the June 2008 fatal shooting of Jody Woodfox III, an unarmed suspect who fled from a car stop. Six months earlier, Jimenez and another officer shot and killed Andrew Moppin-Buckskin, another unarmed suspect. In early 2011, a labor arbitrator ruled that the city improperly fired Jimenez and ordered that he be reinstated immediately with back pay.

Yet even if the police union were to agree to change the arbitration system and allow an independent police commission to discipline and terminate officers, state law would keep much of the commission’s work under wraps. Copley Press Inc. v. Superior Court of San Diego County, a 2006 California Supreme Court decision, bars independent oversight agencies from releasing the personnel files of individual officers, including misconduct allegations and investigations (see “Deadly Secrets,” 10/12/2011). Oakland’s Citizens Police Review Board, which investigates complaints against officers independently from OPD’s Internal Affairs but can only recommend disciplinary action, lost much of its purpose after Copley. Even police misconduct hearings conducted by the San Francisco Police Commission, a model for the proposal, have been closed to the public since 2006.

As a result, there are divergent opinions among scholars about the efficacy of the police commission model for effectively running a law enforcement agency. David Sklansky, a professor of criminal law at UC Berkeley’s School of Law, said police commissions have a critical role to play in making policy decisions and opening the workings of the police department up to public accountability. However, Sklansky warned that adopting a particular governing structure for a police department would not cure deep-seated issues. “No structure of accountability is a cure-all — the devil is in the details,” he said.

The most effective forms of accountability for police departments come from a number of different entities — police commissioners, independent inspectors general, a department’s own internal affairs division — working toward accountability without being at cross-purposes with each other or getting overly involved in fulfilling legal requirements at the expense of street policing. Sklansky also noted that studies show that civilian oversight doesn’t typically lead to stricter discipline for officers. “Civilians involved in the disciplinary system are actually more lenient on officers,” he said.

Sam Walker, a criminal justice professor at the University of Nebraska-Omaha, believes there is value in a police commission despite the hurdles to public transparency and accountability thrown up by Copley and union contracts. “My idea of accountability is to turn the heat up on the police chief to do the right thing, and a police commission can do that by having a large enough staff to investigate issues, and by having unfettered access to information,” Walker said. In Los Angeles, for example, the police commission’s inspector general recently released a report challenging LAPD Chief Charlie Beck’s assertion that officer-involved shootings have risen because of a simultaneous increase in assaults on police officers.

According to Walker, information about officer misconduct could be easily made available on an aggregate basis, or even on individual officers by simply redacting their names. However, Walker warned that the efficacy of a police commission without control over labor matters or discipline depends on committed funding for the civilian oversight body, citing the failure of Fresno to adequately staff or fund its now-defunct Independent Police Auditor.

“It’s one step removed from what we want,” Grinage said. Ideally, an Oakland Police Commission would have the power of the San Francisco Police Commission to hire and fire police chiefs and make decisions on disciplinary matters — but this can’t be accomplished until the police union contract expires three years from now.