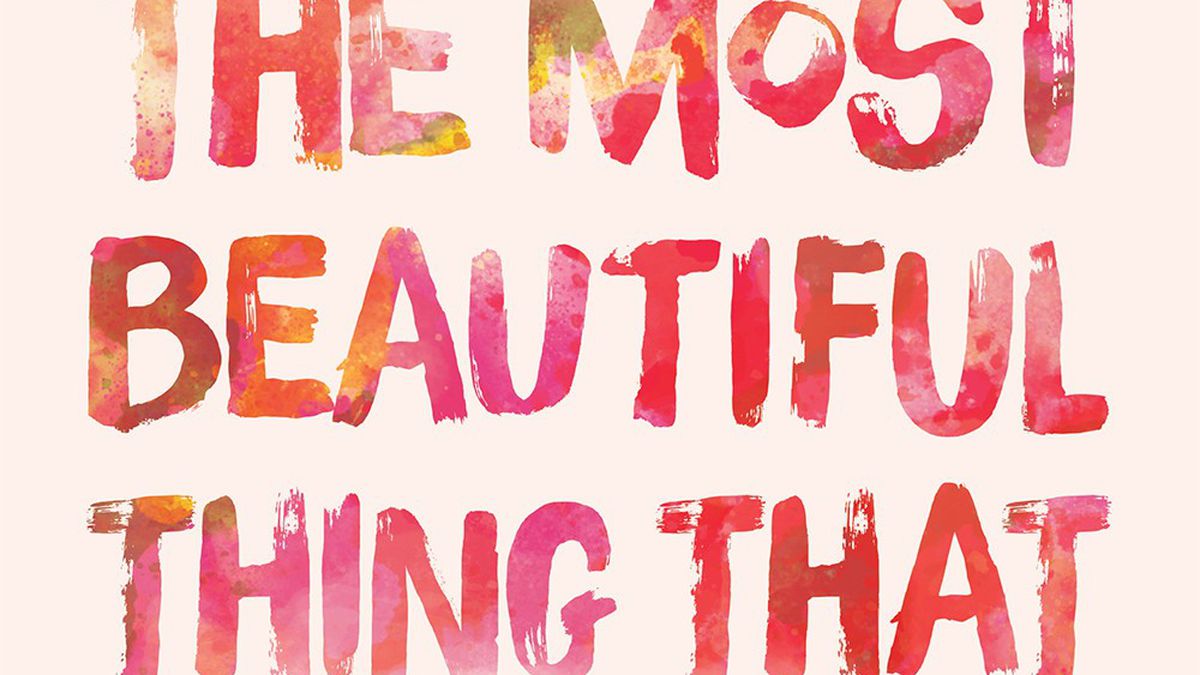 On You're the Most Beautiful Thing That Happened.

Arisa White’s new book of poetry, You’re the Most Beautiful Thing That Happened, can be encapsulated by one of its lines: how lovers look at each other when they have seen beneath the clothes.

As a Cave Canem fellow, a Sarah Lawrence College alumna, and University of Massachusetts, Amherst, MFA graduate, acclaimed author Arisa White (Disposition for Shininess, Post Pardon, and Black Pearl) moves within and around the margins of commercial publishing. In addition to receiving 2005 and 2014 Pushcart Prize nominations and a 2013-2014 Oakland Cultural Funding grant, she has served as a visiting scholar at San Francisco State University’s Poetry Center. And now, the native New Yorker turned Oakland resident is currently a faculty advisor in the low-residency BFA Creative Writing Program at Goddard College.

Out October 21, You’re the Most Beautiful Thing That Happened, is White’s third full-length poetry release: eighty pages of poems documenting the lives of women she’s met — or conjured — throughout her tenure as a Black woman writer.

The book serves as a sort of communal autobiography. But with unlikely imagery that author Amy King (The Missing Museum) aptly summarized in her back-of-the-book blurb as “Swiss army knives, scuttling crabs, pinball machines, HIV/AIDS, the West Side Highway, daisy breasts, racial slurs, kitchen sink, scorch marks, and mustangs running through veins.” It chronicles queer and of color lives — not appropriatively for the sake of spectacle, but for reverence.

According to White, most of the poems in You’re the Most Beautiful were produced after coming across Wikipedia’s “List of terms for ‘gay’ in different languages.” With hundreds of entries, the list includes slurs like “moffie,” an Afrikaans word meaning “diminutive;” the Danish “svans,” meaning “tail;” and, of course, “queer,” an English word meaning “strange.”

What intrigued her about the list was “how sexist the language was, the fear of the feminine, how domestic, how patriarchal,” White said in a recent interview. But, most of all, it was what came out of her when she “paused to wonder about the humanity inside these words and phrases.” How does it feel to identify with a term that you also want to defy?

In a recent interview — which felt not unlike a meeting of friends or a quiet, “Oh, you too?” — White tenderly recounted that she began the collection as a result of being urged to “write some gay poems.” That nudge moved her to interrogate the space of the outlier or, as she put it, embrace the “liminality of queerness.” You’re the Most Beautiful explores the experience of “not fitting … not feeling comfortable anywhere,” as White described it. At the same time, it offers an understanding of queer people as holding a sense of sovereignty, and existing in the world as “distinct universes.”

As such, the book speaks to a range of feeling, some oft taken for granted.

In “Paw,” White articulates the earliest possibility of both lust and love, allowing the reader to peer into a chance encounter. She writes, One of a million women on many buses to Pennsylvania, / I’m new meat. She’s a college senior. Alpha-stagger / assesses if this is a piece to be tossed or left … she wants me to stay … and we agree — bananas for safety.

“Drag Up,” a poem that says its “dedicated to the white people who were asked to raise their hands if they would choose to be black,” explores the act of trying to create love with and for a body whose inhabitant struggles to bear love for herself. It reads: It is not their color, / my 22-year-old girlfriend contests, it’s how well / their bodies display clothes. A point, she makes it / to tell me about this white woman’s nose, she likes / this white woman’s lips, another’s eyes, white / cheekbones she saves in piles on the floor …

You’re the Most Beautiful Thing That Happened pronounces while simultaneously exploring that which cannot be enunciated. White best articulates this work as entering into a conversation that centers “black queer female desire,” and finding the possibilities of meaning that those labels can’t encompass.

As White’s “My Dead” contends, There are more I know with the same story.