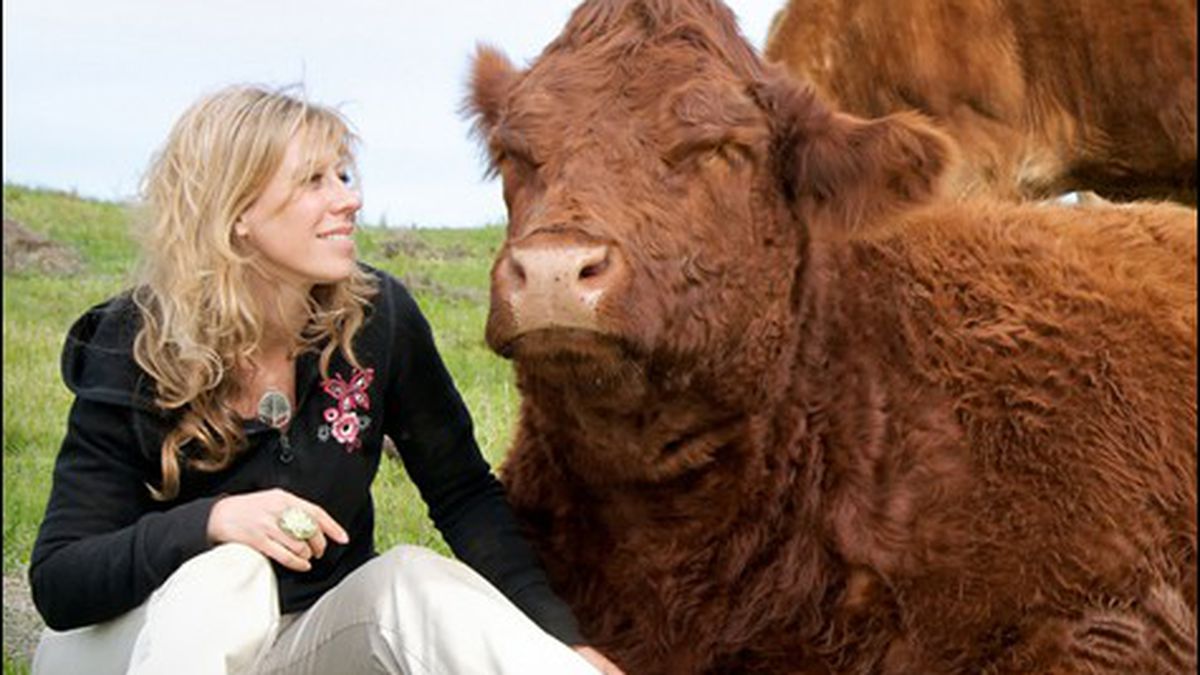 A weeklong series of events aim to raise awareness of the benefits of eating a plant-based diet.

Vegan. It’s a polarizing word, one that tends to elicit one of two strong reactions: either a passionate “yes!” or an equally adamant “hell no!” — even in the food-conscious Bay Area. But why?

Vegans cite compassion for animals and environmental and health benefits as rationale for their plant-based diet, while omnivores, well, they like their meat.

But the two camps aren’t so dissimilar, said Colleen Patrick-Goudreau. After all, non-vegans already eat vegan foods all the time. “We don’t say, ‘vegan banana’; it’s just a ‘banana,'” she said.

Patrick-Goudreau, a vegan chef and author based in Oakland, spends much of her time debunking myths about eating vegan in her podcast Vegetarian Food for Thought, and believes that the common hostility toward veganism is rather about the hostile person’s own inner conflict about eating animals. “That holds a mirror up, and for whatever reason, it brings stuff up that they may not be comfortable with,” she said. “Maybe they want to be healthier and they aren’t doing it. It’s not about you at all.”

She calls the concept “From Excuse-itarian to Vegan,” and it’s a topic she’ll be discussing at the wrap-up celebration for the first-ever Oakland Veg Week on Saturday, April 21, at the Lake Merritt Sailboat House. Kristie Middleton, one of the organizers of Oakland Veg Week, says it will undoubtedly be the highlight of the weeklong series of events centered on the vegan diet.

Beginning April 15, Oakland Veg Week will include lectures on factory-farming and vegan nutrition, a cooking demonstration at Whole Foods, and a screening of the documentary Vegucated. More than a dozen local restaurants will also offer special vegan and vegetarian dishes all week: Italian Colors in Montclair will have a vegan tasting menu; Ethiopian restaurant Cafe Colucci in North Oakland will have special vegan dishes and discounts; the mac-and-cheese outlet Homeroom in Temescal will offer a special vegan dessert. Veg Week organizers are also urging people to sign a pledge to “explore a vegetarian diet” for the week. Middleton says pledgers so far include Oakland City Councilwoman Nancy Nadel, Alameda County Supervisors Wilma Chan and Keith Carson, and Congresswoman Barbara Lee. The City of Oakland and the County of Alameda will declare the week Oakland Veg Week.

Those are fairly impressive accomplishments for Oakland Veg Week’s debut. The event is being organized by Middleton and four other volunteers, who, Middleton says, all knew each other from the vegetarian community in the Bay Area. “We’re all concerned about improving community health, environmental sustainability, and animal welfare,” said Middleton, who works for a national humane organization to protect farm animals. “Oakland has long been a leader in sustainability. We’re a very vegetarian-friendly community. I felt it was a perfect marriage.”

Indeed, vegetarianism and veganism have always enjoyed disproportionate popularity in the Bay Area compared to the rest of the nation, but the diets have experienced more mainstream attention lately thanks to movies and documentaries like Fast Food Nation; Food, Inc.; Super Size Me; and King Corn, which have exposed the ugly truths about factory-farming and eating a diet high in saturated fat, salt, and sugar. More recently, vegan documentaries like Vegucated and Forks Over Knives have taken that message a step further, urging people to give up all meat and animal products, even if they are raised sustainably and on open pasture, in order to avoid (or reverse) various diseases.

While one can find conflicting studies on the health benefits of sustainably raised meat versus no meat at all, the bottom line is that the overwhelming number of Americans still get their meat from factory farms, which is undoubtedly harmful to the health of the consumer, the worker, and the environment.

“Let’s look at what we’re suffering from in this country,” said Patrick-Goudreau. “It’s not because of broccoli — it’s not.”

Middleton said any level of awareness is better than none at all. “We applaud anybody taking steps to decrease the amount of meat they’re eating in their diet,” she said.

For both Middleton and Patrick-Goudreau, the choice to go vegan was driven first and foremost by their concerns for animal welfare. And it’s also what’s most rewarding about their lifestyle. “The most amazing thing you don’t expect when you go vegan is the sense of peace you feel — you don’t have to make excuses anymore,” said Patrick-Goudreau. “Most people would say they’re compassionate people, but how often does your behavior match those values? That’s what’s so powerful about being vegan.”