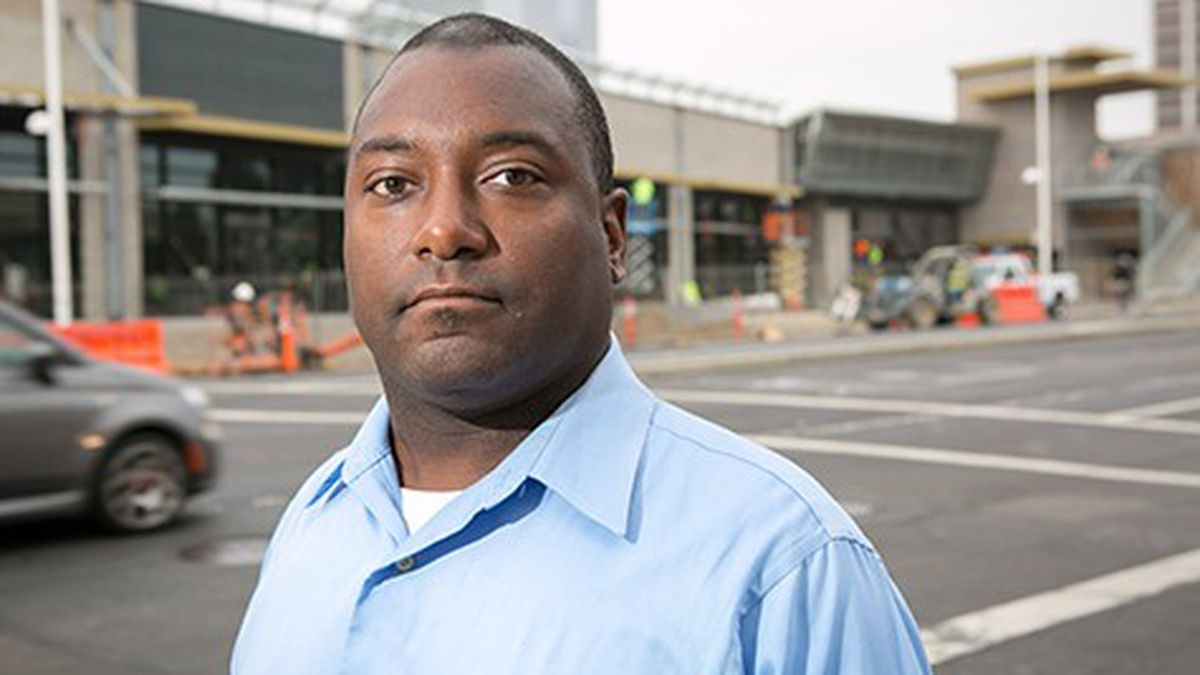 The city prioritized the demands of a bank over the needs of commuters and eliminated a key bus stop on a busy Broadway line — angering senior citizens, transportation advocates, and AC Transit.

Kenya Wheeler, a North Oakland resident, doesn’t own a car and relies on public transit to travel around the Bay Area. To get to downtown Oakland from his home, which is just east of Alta Bates Summit Medical Center, Wheeler often takes the Line 51 bus, one of AC Transit’s most widely used bus routes. In recent months, he has noticed confusion and frustration from his fellow commuters on the southbound 51A Line, which goes from Rockridge BART on College Avenue to Broadway and then south to Alameda. That’s because the City of Oakland, heeding the demands of an area bank, forced AC Transit to remove a key bus stop at Broadway and 30th Street — one that, according to Wheeler, many elderly residents and people going to appointments at the adjacent medical center had frequently used.

“This is a large senior population … and people are having to walk farther,” said Wheeler, who is also a transportation planner for the San Francisco Municipal Transportation Agency and a member of the advocacy group Transport Oakland. “When winter hits, it’s going to be a lot more inconvenient.”

While the elimination of a single bus stop may seem relatively inconsequential, the process that led to the removal of the stop sheds light on the ways in which the City of Oakland at times fails to prioritize public transit and neglects its own pro-transit planning policies, according to advocates. In this case, top city officials ignored the requests of AC Transit and the needs of Line 51 riders and instead caved to the demands of Summit Bank, which did not want a bus stop in front of its business because bank officials expressed fears about having bus riders stand next to the bank’s entrance, according to interviews and email records. The loss of the stop was frustrating enough to AC Transit that the agency’s general manager sent a letter to city officials expressing dismay about Oakland’s decision-making process for bus stop locations.

“This case is just so egregious,” said Greg Harper, a longtime AC Transit board member whose district includes the Broadway and 30th stop, in an interview. “Summit Bank prefers that the bus stop not be located in front of the bank. But by all measures of safety and convenience, that’s exactly where it belongs. … This shouldn’t stand. A lot of people are going to suffer.”

Records show that city officials and AC Transit initially agreed to move an existing southbound Line 51A stop from the north side of Broadway and 30th to the south side as part of a major retail development proposal anchored by a new Sprouts Farmers Market grocery store at 3001–3039 Broadway. The Oakland Planning Commission approved that relocation of the stop as part of the project’s environmental impact report, which was finalized in 2013. AC Transit also supported the move, because it’s generally more efficient and safer to have bus stops located on the “far side” of intersections after a traffic light.

But after a lengthy public review process for the Sprouts project and final city approvals for the bus relocation, representatives of Summit Bank, which is located at 2969 Broadway, right next to the planned new bus stop, began to flood the city with complaints. In April, John Flores, then-Oakland’s interim city administrator, wrote in a letter to AC transit that the proposed relocation in front of Summit Bank “received extremely strong objections from the bank’s representatives.” At that point, however, the developer of the Sprouts project had already begun construction and designed its project with an outdoor seating area and main entrance that could not accommodate a bus stop, Flores wrote.

As a result, city officials proposed to move the stop one block to Broadway and 29th Street — a relocation that AC Transit said was not viable, given that it would be only 500 feet away from the next stop at Broadway and 28th Street. Regarding that proposed alternative, Kathleen Kelly, AC Transit’s then-interim general manager, wrote to Flores and other city officials in June, “From the perspective of the bus rider that is already on the bus, stopping twice in a 500-foot span is frustrating, especially if there is nothing that specifically generates ridership at 29th Street.” Because of the city’s refusal to put a stop in front of the bank, AC Transit had no option but to remove it altogether, Kelly wrote, adding, “I would be remiss not to express AC Transit’s disappointment in the process and outcome. … AC Transit is left not only without an improved bus stop but also without our existing stop which has served the surrounding community for many years.”

Emails show that high-ranking city officials were insistent that AC Transit accommodate the bank’s demands. In one email to multiple AC Transit representatives, Rachel Flynn, the city’s director of city planning, wrote: “Summit Bank will fight a bus stop no matter what you offer.” Shirley Nelson, the bank’s founder, had contacted the city council and Mayor Libby Schaaf and had “brought her entire Board into stopping the bus stop at the bank,” Flynn wrote. In that same email, Flynn urged AC Transit to endorse an alternative option.

Critics of the city’s actions pointed out that Summit Bank is politically connected. Campaign finance records show that the bank’s top executives donated a total of $4,600 to Schaaf’s mayoral campaign in 2014. Nelson personally donated $700 to Schaaf, which is the maximum allowed by law.

“This is pure politics,” said Harper. “The bank was saying they thought it would be dangerous to have a bus stop there for people using the bank. … It takes a strong city staff to say that’s just not right.”

In an interview, Flynn said that in addition to expressing concerns about a bus stop posing a safety threat to its customers leaving the business with money, Summit Bank officials also told her that they didn’t want to lose any street parking. “They felt very, very strongly about it,” she said. When I asked Flynn if the city believed the bank’s concerns about safety were legitimate, she responded: “I didn’t understand it. But that was their argument and we had to take them at their word.” The city tried to work out a compromise with Summit Bank, Sprouts, and AC Transit, but the parties could not agree on a location, Flynn said.

Sprouts officials also did not respond to requests for comment.

AC Transit spokesperson Michele Joseph said in an interview that the agency was not pleased with the outcome. “We’re disappointed because we feel like this was really the most advantageous stop for our ridership,” she said, referring to the Broadway and 30th location. Under the new alignment, bus riders must now walk an extra two blocks to get to their medical center-area appointments.

Data from AC Transit, which Transport Oakland obtained and provided to me, shows that prior to the removal of the stop last fall, on an average weekday, 72 people got on and 44 people got off at the 30th Street southbound stop.

Advocates also pointed out that the removal of a bus stop clearly contradicts the goals of the city’s Broadway Valdez District Specific Plan, a detailed blueprint for development in the area that the city council adopted last year. The plan stated that the city should collaborate with AC Transit to improve bus service along Broadway and move bus stops to the far-side corners of intersections. Oakland further has a “transit first” policy and a number of other pro-sustainability policies on the books dedicated to improving access to public transit — not reducing it.

“This area is supposed to have robust transit and it doesn’t,” said Chris Peeples, president of the AC Transit board of directors. Peeples, who had a stroke several years ago and does not walk long distances, noted that his doctor is on 30th Street just off of Broadway and that he now has to walk farther to get to the bus when he’s leaving appointments.

It’s also backward to have a major new retail site lack a bus stop in one direction — especially considering that this intersection is not directly near a BART station, local activists and environmentalists said. “This really lets down the residents who live in the neighborhood,” said Joel Devalcourt, East Bay regional representative of the Greenbelt Alliance, an advocacy group.

Activists said the city’s decision to favor a bank over bus riders further illustrates the urgent need for an Oakland Department of Transportation — a new agency that Schaaf proposed earlier this year, but has not yet launched. Unlike San Francisco and other cities, Oakland doesn’t have a dedicated transit agency — a problem that makes it easier for a single business to pressure the city to make a decision that clearly ignores best practices of transportation planning, said Liz Brisson, co-founder of Transport Oakland. “This process was wrong,” she said. “Oakland must consider transit an integral part of making the city work.”