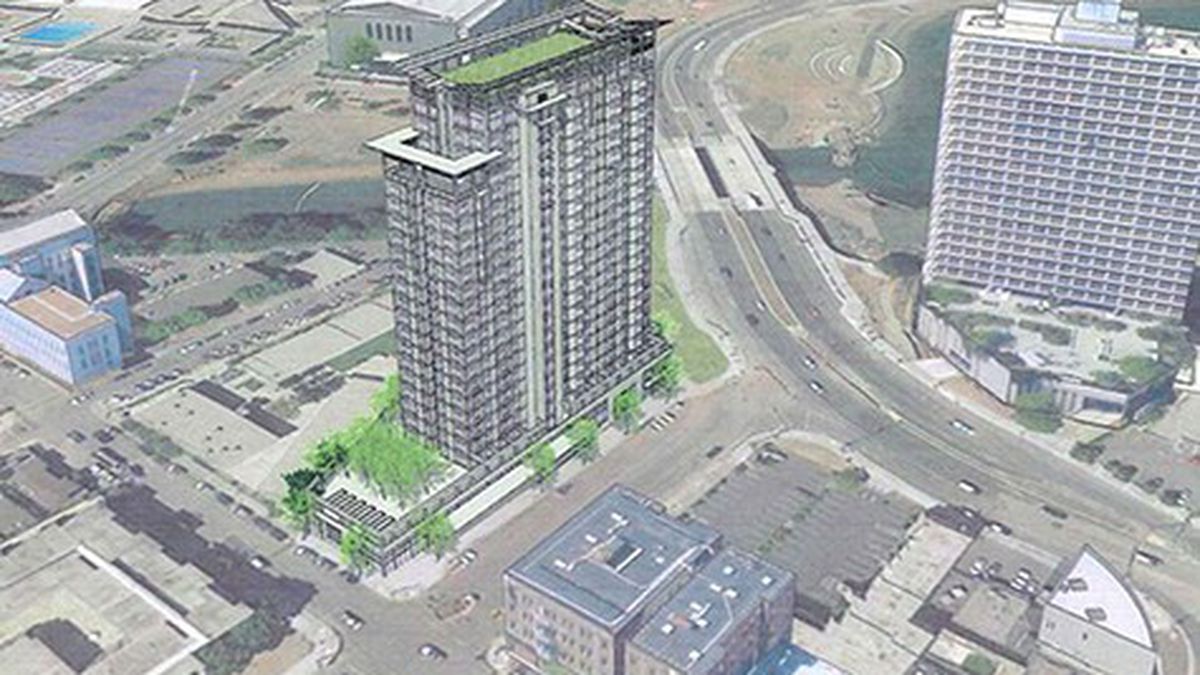 The plan to sell public property on Lake Merritt to a luxury condo developer is unlawful. Moreover, a new court decision has opened the door for more affordable housing in the city.

Two weeks ago, the Oakland City Council put off making a decision on whether to greenlight a luxury condo tower near Lake Merritt when it became clear that the deal didn’t have the votes needed to pass. Councilmembers are scheduled to take up the controversial proposal again on Wednesday night, but they should just kill the deal outright, not only because it’s illegal, but also because a new state Supreme Court decision has opened the door for Oakland to overhaul its housing policies and build more affordable units in order to stem the tide of displacement in the city.

The proposed luxury condo tower project calls for Oakland to sell public land on East 12th Street and 2nd Avenue to market-rate developer UrbanCore for $5.1 million so it can build a 24-story building with 300-plus units. The proposed deal has sparked a fierce backlash from local residents and affordable housing advocates, who contend that the city should not use public land for luxury housing, especially when the city is facing an affordability crisis. Activists closed down a city council meeting last month because they were so upset about the deal.

And they have every right to be angry because the proposed pact is unlawful. As the Express has reported, state and city laws require Oakland to prioritize affordable housing on surplus land. However, the city council never solicited bids for the property from affordable-housing developers. Instead, in a closed-door meeting in late 2012, the council voted to only offer the property to three market-rate developers, one of which was UrbanCore.

On June 2, four local attorneys wrote a letter to the council, warning that they would sue the city if the council approved the deal, because the pact is illegal. Later that night, the council put off making a decision on the project until its June 17 meeting.

The process for selling the public parcel also has been highly suspect. As the Express has reported, UrbanCore representatives made a series of campaign contributions to local politicians over the past two years that appear to have violated city law. In addition, UrbanCore CEO Michael Johnson paid to bus in a group of Asian-American seniors to a city hearing on the project after the seniors had been made to believe that it was an affordable housing project when it was not.

Eventually, Councilmember Abel Guillen negotiated a compromise plan with Johnson to make 10 percent of the units “affordable.” In addition, the city agreed to take $1.2 million from the sale of the land and put it in its affordable housing fund. But the compromise plan still failed to meet state and city requirements to prioritize affordable housing on surplus land, and it could not muster the five votes needed to pass at the June 2 council meeting.

Late last week, UrbanCore agreed to sweeten the deal again, offering to pay an additional $8 million to the city. The funds would be earmarked for a yet-to-be-identified affordable housing project elsewhere. It’s unclear whether this last-minute sweetener will garner the necessary votes on the council, but it’s unlikely to mollify affordable housing activists, who note that the deal — even with the sweetener — is still unlawful.

At this point, the council should just kill the luxury condo project. It makes no sense for the city to okay a proposal that will be tied up in court for years and likely will be overturned. It was a bad idea from the start, and the council has already wasted more than two years trying to make it work.

Instead, the council should abide by city and state laws (yes, as ridiculous as that may sound) and offer the property to developers who are interested in building low- and moderate-income housing onsite. It may turn out that none will come forward with a workable deal. But the council at least needs to try.

At the same time, a landmark decision earlier this week by the California Supreme Court should prompt the council to completely redo its affordable housing policy. On Monday, the high court unanimously upheld so-called “inclusionary zoning” laws that require developers to include affordable housing in their projects. Although the ruling concerned San Jose’s inclusionary zoning law, which mandates that 15 percent of the units in any development be affordable, the high court’s decision applies to all such laws in the state.

Over the years, the Oakland City Council has put off making a decision on inclusionary zoning as the San Jose case made its way through the courts. Instead, Oakland has embarked on a lengthy and costly so-called “nexus” study to examine whether to levy “impact” fees on market-rate developers. Proceeds from the fees would then go into an affordable housing fund.

However, in light of the high court’s decision, Oakland shouldn’t wait for the completion of its nexus study, and should instead immediately adopt an inclusionary zoning law, much like San Jose, Berkeley, and San Francisco have already done. Oakland desperately needs affordable housing and the Supreme Court has just given the city a means to pay for it.

Moreover, if Oakland has an inclusionary zoning law and no affordable housing developer can put together a viable proposal for the East 12th Street property, then the city can be assured that any future development on the land will not only be lawful, but also will include units that are affordable for low- and moderate-income residents.

7:00 p.m. Wednesday, by Appointment: Best Place Besides Your House to...